Home > About Us > Hope Cooke 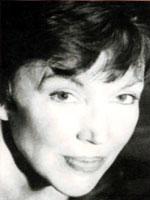 Truth to tell, it was a shallow reason that brought me first to The New York Society Library. My aunt by marriage, Lydia Kirk, who had written about diplomatic life in Moscow in the late 1940s as well as several smart detective books, pointed me there when I confided my intent to do a research project on the Punic Wars for a freshman course at Sarah Lawrence College. The reason I was so involved in early Punic issues was I had conceived a crush on a handsome Tunisian delegate in the then (c. 1959) very glamorous United Nations. I routinely went to the visitors' gallery to hear him abstain. I unfortunately never got to hear him say "oui" or "non" but melted over his seductive abstentions. Regrettably, I never got to drop my newly minted Carthegania-Hannibalia since the delegate was reassigned soon after. I did, however, have my tie to the Library.

In 1973, the Library became my home when I returned to New York with my children and stepdaughter from Sikkim, where I'd been married. We'd left Sikkim under traumatic conditions, near the beginning of India's annexation of the country. We arrived in the city as virtual refugees after more than a month of siege by pro-annexation demonstrators around the "royal palace," the defenseless house, where we lived. Our new apartment held no furnishings other than a small orange carpet from Sikkim, many mattresses, a TV and later some rough two-by-four bookcases. The Library's wood-paneled reading room assuaged loss; the velvety-soft, shallow marble steps melded to my gait; the pear trees outside the Members' Room long windows dazzled in spring and reminded me in winter of how much I'd missed seasons—at least my familiar seasons—in the Himalayas.

In Sikkim we had had fireplaces in each room, which I missed sorely in our New York apartment. In the Members' Room I could configure flames below the beautifully mantled chimney. The room itself, with its rust and rose furnishings, glowed like embers. The room's oak doors swung shut with satisfying authority.

The traumas that had begun before I left Sikkim continued here. One of my children suffered a life-threatening organ failure, I had too little money, scant health insurance, and no job. The world of books I was discovering in the Library stacks dispelled threat, mitigated sorrow -at least day to day. I started reading my way through all the plastic-wrapped books, especially the ones on history and sociology. The stacks taught me to learn my way home, as did my tactile explorations of the city, my physical scourings.

In 1975, in the Members' Room, I began a penciled short story about my nine-year-old son during the first Sikkim siege. It became the nucleus of my book Time Change. Mark Piel was my book's champion and we became good friends. Later, he was to ask me to lead discussions of Asian and Asian-American literature and on biography and autobiography.

Sometime after finishing Time Change, I read a book I'd found by chance in the stacks by Raymond Mohl on poverty in New York from 1783 to 1825. I was off and running on a new mission to learn everything I could about New York past to present. I learned a lot. A book on the city, Seeing New York, followed. Today, as I sit in the Library, I feel a tie between myself and the readers and writers who have been cosseted, even blessed, in this dear, affordable sanctum.