Home > About Us > Marcus A. McCorison 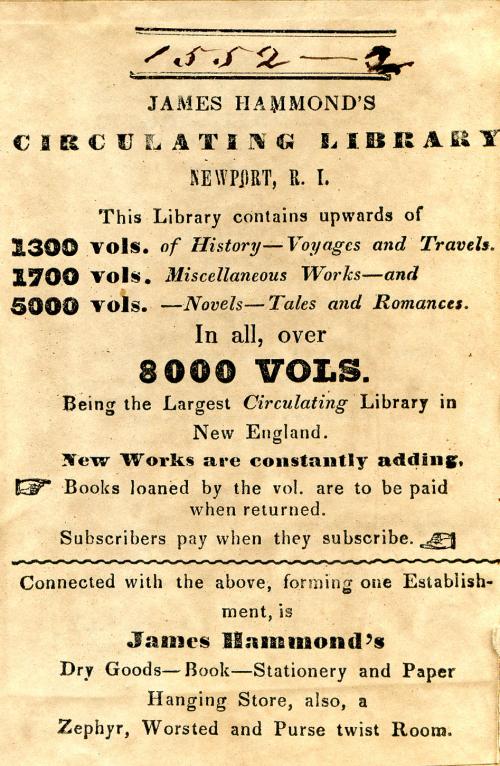 Recently, I had an opportunity to visit The New York Society Library where I was shown hundreds of titles that made up James Hammond's Circulating Library. Hammond's Circulating Library originated in Newport, Rhode Island, at the turn of the 19th century. The collection was given to the Society Library in 1868. Because it remains intact, it demonstrates the reading tastes of American readers of light literature of its period better than any other surviving collection.

With the rapid increase in scholarly interest in "book history" and in the history of American culture and reading, this survival constitutes an invaluable resource for such studies.

Hammond's Circulating Library includes a considerable number of unique titles, let alone unique editions of known titles. For example, James Fenimore Cooper's Tales for Fifteen (1823), although not unique, is his scarcest book. It will be found on the shelf in its rightful place.

As the president emeritus of the American Antiquarian Society, with an intense personal interest in American cultural history, particularly that of printing, bibliography, and book history, I cannot endorse strongly enough the scholarly importance of the Hammond Circulating Library and the efforts of The New York Society Library to properly catalogue and preserve this unique, bibliographical resource.