Home > About Us > Susan Cheever 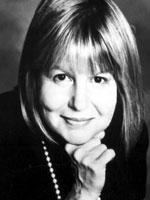 I joined the Library sometime in the 1970s, when I had graduated from college and decided to cast my lot with this wonderful city. For years I wandered the stacks, entranced by one book or another, reading for hours in a corner undisturbed. I made friends with the other writers and readers who haunted the stacks. There was a special alcove in Stack 12 that we vied for, and I often found friendly colleagues taking a break in the elegant second-floor reading room.

In the early 1980s I discovered, to my amazed delight, that I could secure a small study room upstairs for five days at a time. Rooms could be reserved every other week; those were the Library rules. My second novel was written on the Library schedule. I would write for five days, not leaving the building between 9:00 a.m. and 5:00 p.m., and save up everything else in my life for the weeks between stints in my beloved little room. After awhile, I noticed that a nice-looking man in the next room was doing the same thing, and I saw that he often left a little early. There were no locks in those days. It didn't take long for me to look inquiringly into his room after he had gone for the day. Soon I found myself going through his wastebasket. He was writing a novel about Mississippi in the 1960s, and I had been in Mississippi in the 1960s! After that, I wrote from 9:00 A.M. until 4:00 P.m., then read my neighbor's wastebasket. Later I officially met this man, and I even read his novel in hardcover. It was great, of course.