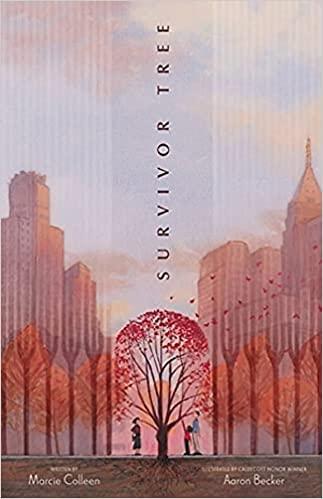 "...We still live in a world reshaped and redefined by what happened in those 102 frightful minutes on a bright blue September morning in 2001. And I believe it's more important than ever for new generations to understand how we got from there to where we are today." Alan Gratz, Ground Zero author's note. Join the author for a virtual event on September 13, 2:00 PM

Twenty years on there are young readers - not yet born on 9/11/01 - just beginning to learn and understand about those "102 frightful minutes" and their decades of reverberating aftermath in New York City and across the world. The Children's Library offer several entry points - fiction and nonfiction - into this difficult topic for children, teens, and readers of all ages.

Big Apple Diaries | Alyssa Bermudez
Based on the author's actual diaries, this graphic memoir follows the life of a young teen in the months before and after the life-changing events of September 11, 2001.

America Is Under Attack: September 11, 2001: the day the towers fell | Don Brown
Don Brown narrates the events of the day in a way that is both accessible and understandable for young readers. Vivid watercolor illustrations capture the emotion and pathos of the tragedy of this unforgettable day in American history.

In the Shadow of the Fallen Towers | Don Brown
A graphic novel chronicling the immediate aftermath and rippling effects of one of the most devastating and significant days in modern history.

Hope and Other Punch Lines | Julie Buxbaum
The tragic 9/11 event in NYC that changed the world, altered the life of Abbi Hope Goldstein as well as that of Noah Stern. They did not know each other back then, but they know each other now, and while Abbi is trying to move forward with her life, Noah still has unanswered questions that he believes Abbi can help answer

Survivor Tree | Marcie Colleen
This hopeful story of a resilient tree that grew (and still grows) at the base of the twin towers is a simple introduction for young readers to gain an understanding of September 11th and the impact it had on America. 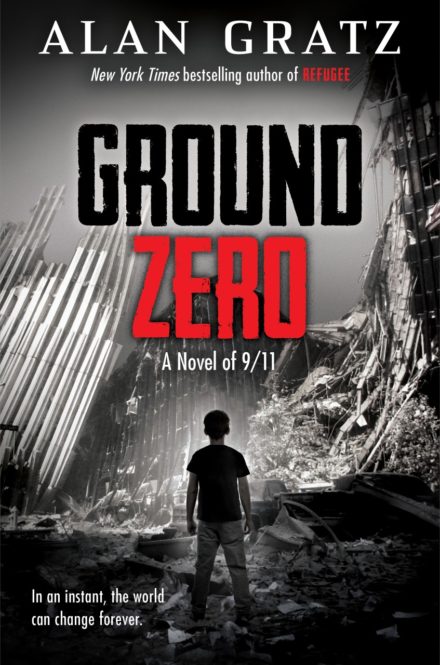 Ground Zero | Alan Gratz
Brandon is visiting his dad on the 107th floor of the World Trade Center on September 11, 2001 when the attack comes; Reshmina is a girl in Afghanistan who has grown up in the aftermath of that attack but dreams of peace, becoming a teacher and escaping her village and the narrow role that the Taliban believes is appropriate for women--both are struggling to survive, both changed forever by the events of 9/11.

Join the Children's Library and The Center for Fiction KidsRead program on September 13 for a virtual event with author Alan Gratz on this compelling and timely novel. 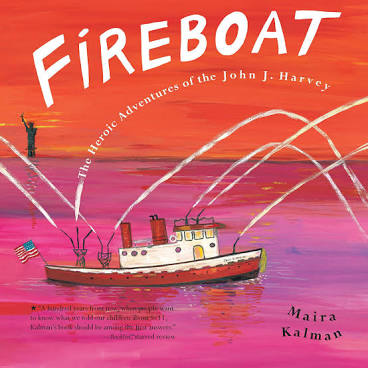 Fireboat: the Heroic Adventures of the John J. Harvey | Maira Kalman
A fireboat, launched in 1931, is retired after many years of fighting fires along the Hudson River, but is saved from being scrapped and then called into service again on September 11, 2001. Winner in the 2002 New York City Book Awards

A Nation Challenged: A Visual History of 9/11 and its Aftermath
Text, photographs, and illustrations from the New York Times section "A Nation Challenged" record how the world was changed due to the September 11, 2001, terrorist attacks on the United States and their aftermath.

Seven and Half Tons of Steel | Janet Nolan
Seven and a half tons of steel that had once been a beam in the World Trade Center was transformed by a Louisiana foundry into a navy ship’s bow. 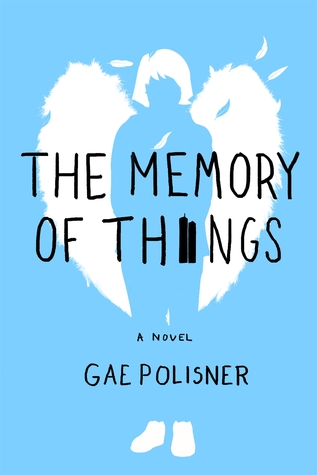 The Memory of Things | Gae Polisner
On the morning of September 11, 2001, sixteen-year-old Kyle Donohue watches the first twin tower come down, then, while fleeing home to safety, he finds a girl covered in ash who has no memory

This Very Tree: A Story of 9/11, Resilience, and Regrowth | Seth Rubin
This is the story of the Callery pear tree that survived the attacks on September 11—and of a nation in recovery. Told from the tree’s perspective, it is a touching tribute to first responders, the resilience of America, and the restorative power of community.