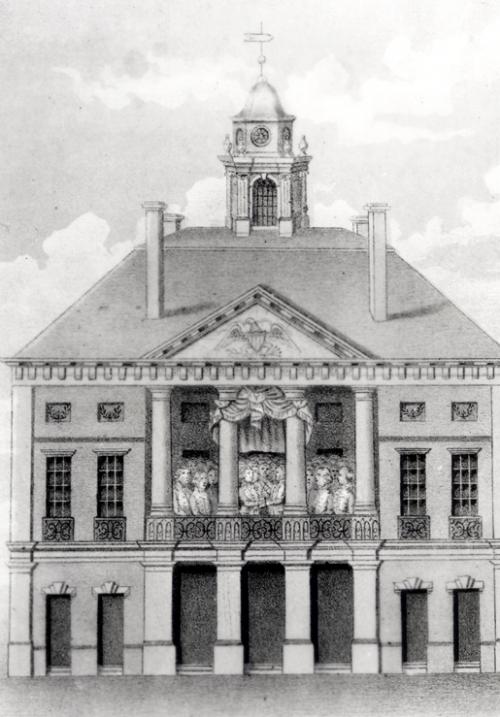 The Library officially turns 265 years old this month. Just a few things have changed in those two-and-a-half centuries. For starters, at left is our original building as it was when George Washington was inaugurated in 1789. Also -

Catalogs: first, the list of our holdings from 1758; in the middle, our beloved (but outdated) card catalog; at right, the catalog as it exists right now in any web browser.

Hours: In the 1750s, the "Library Room" was staffed two hours each Wednesday. Today we're open seven days a week. 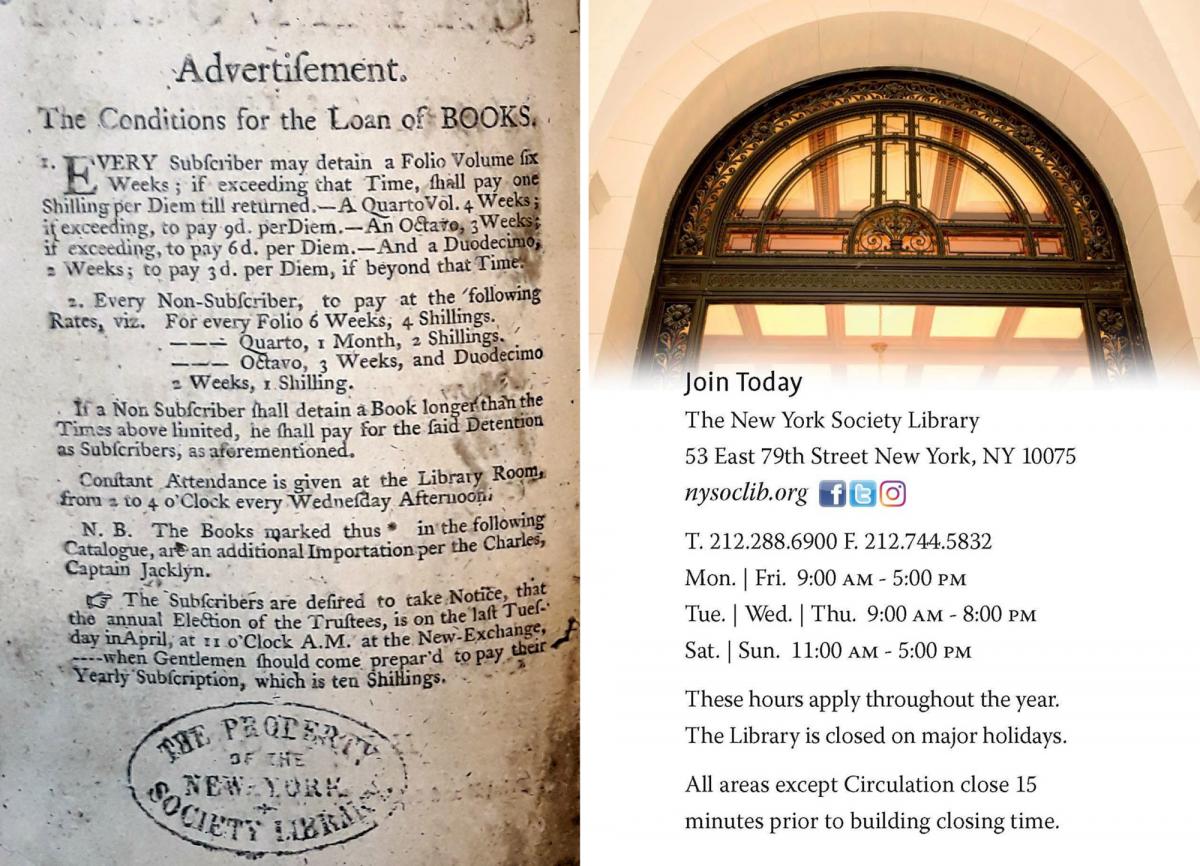 Checkouts: In 1789, circulation was logged by hand in giant ledgers; today we use the popular library system Sierra.

Annual Reports: Printed each spring since 1856, but the look and contents have evolved a bit. 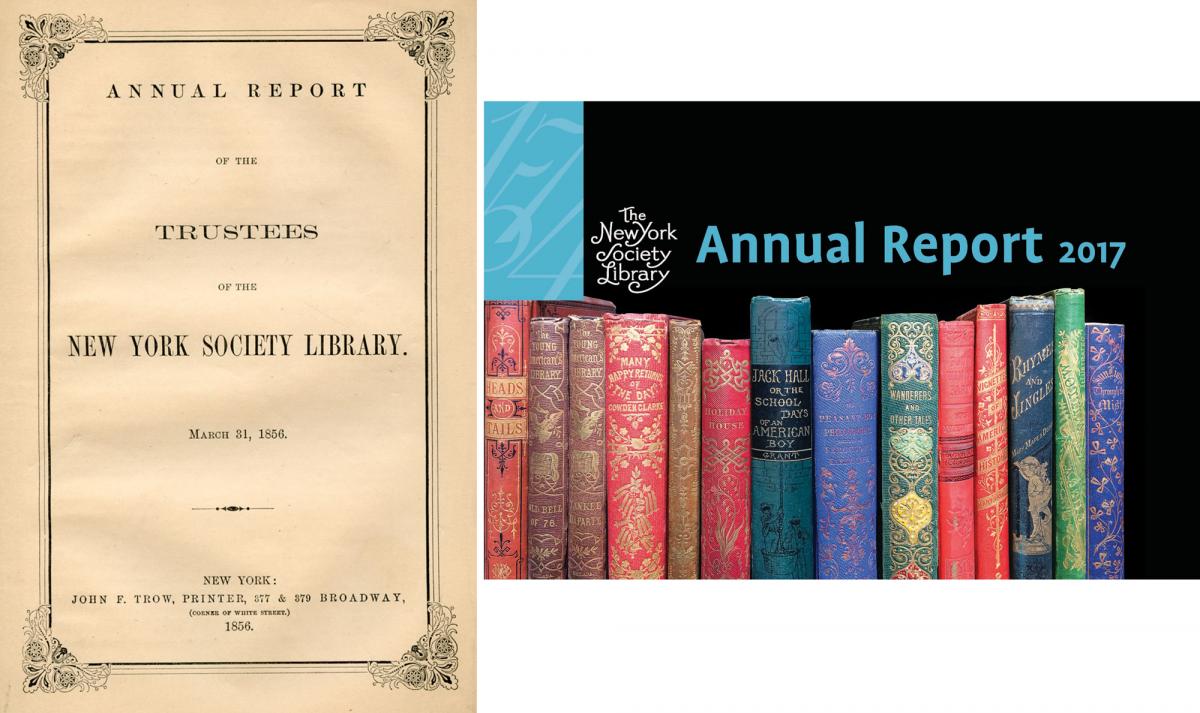 Callery Pear Tree: The gorgeous tree just outside our front door as a sapling in the late 1910s, and a couple of springs ago. It blossoms every year just in time for our April anniversary. 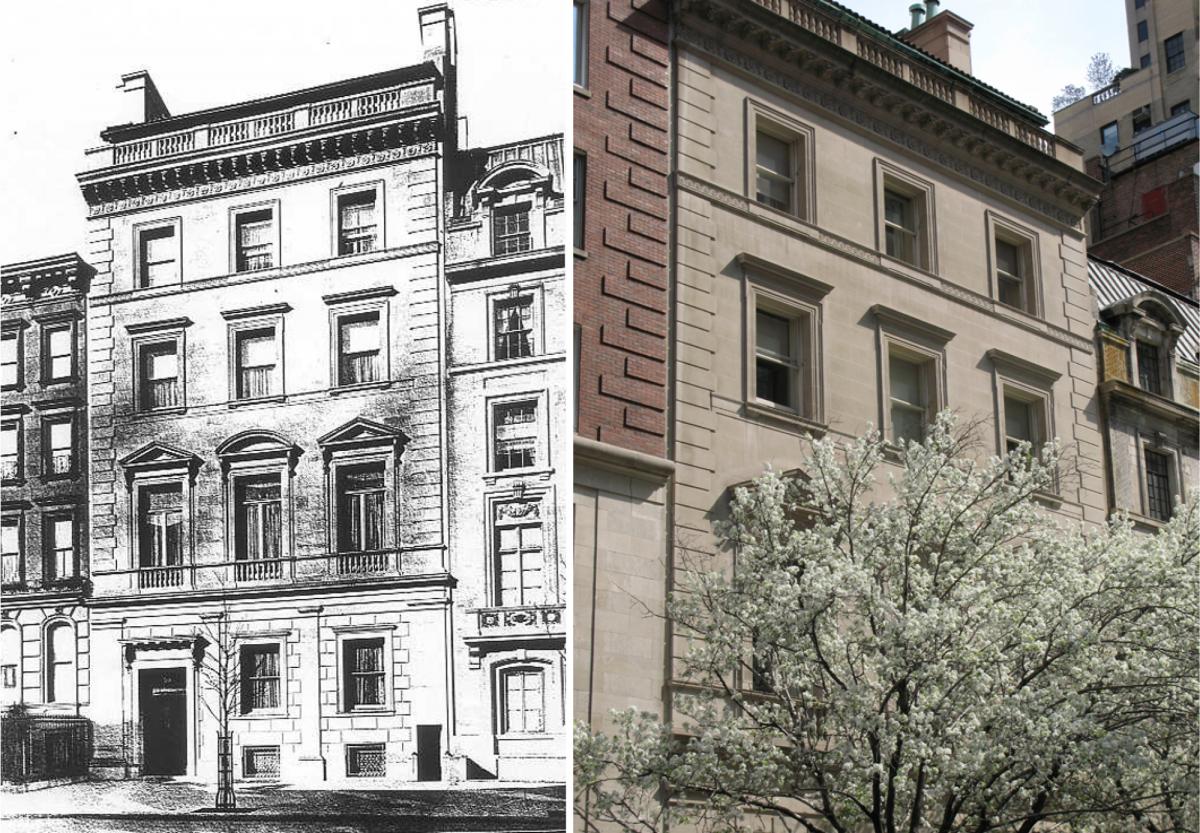 The Reference Room: The first-floor reception room of John and Catherine Rogers, c. 1919, and the same space today (photo by Beth Perkins). It's open to the public; drop by anytime we're open.

The Outside Sign: In 1937 when 53 East 79th Street first became the Library, and today. 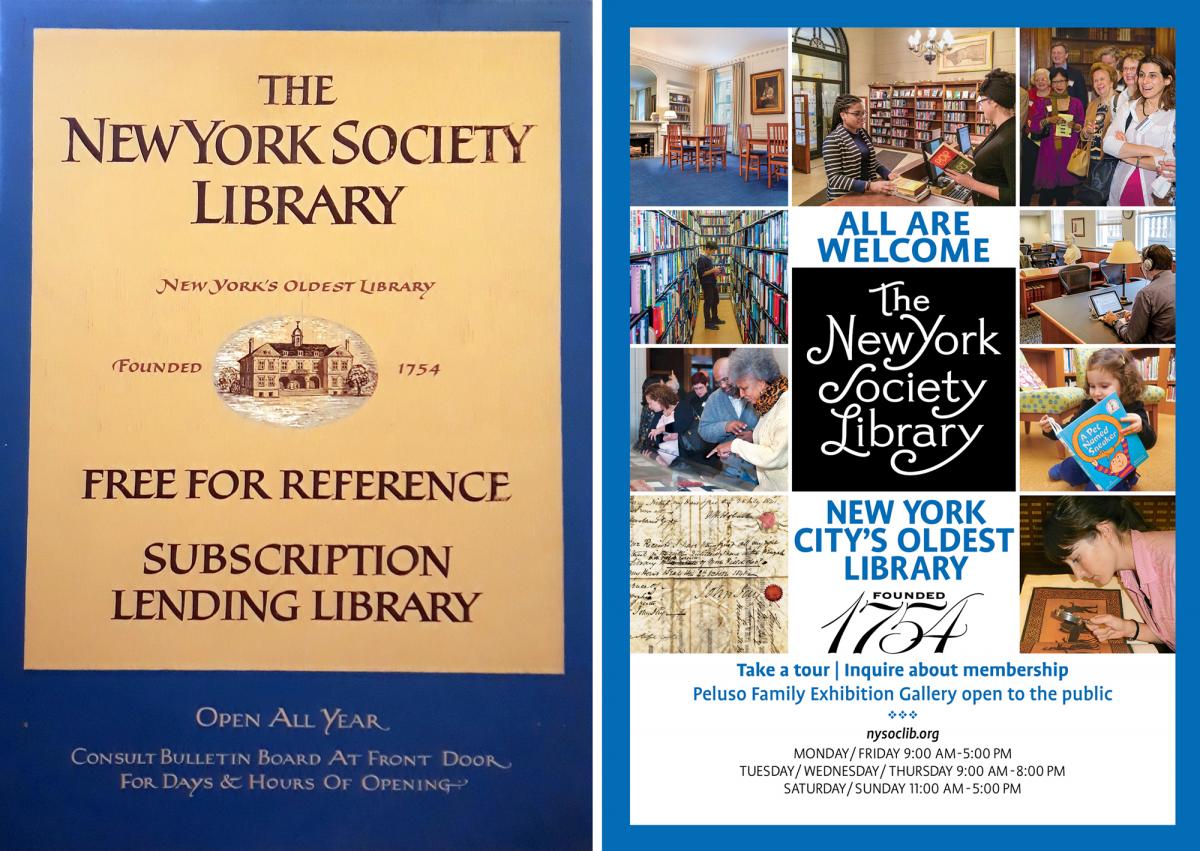 The Members' Room in four eras: top left, around 1919 when the building was a mansion; top right, in 1937 when it first became the Library; lower left, in the early 2000s (photo by Jim Dow), and today (photo by Beth Perkins). 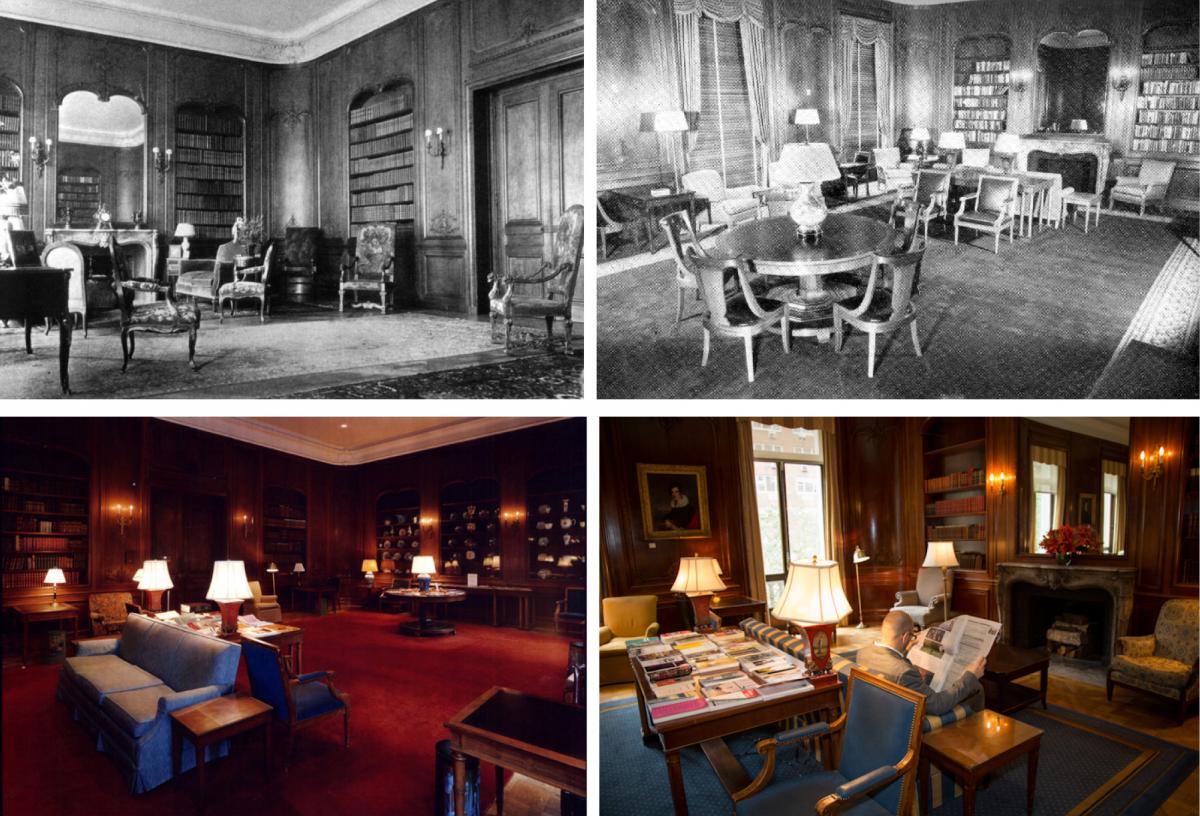 The Children's Library: In the 1950s (what's now the Whitridge Room); as it looked around 2010 (photo by Beth Perkins); and today (photo by Simen Kot).

Individual Study Rooms: In the days when there were only two(!) (photo by Jenny Lawrence) and today (photo by Beth Perkins). 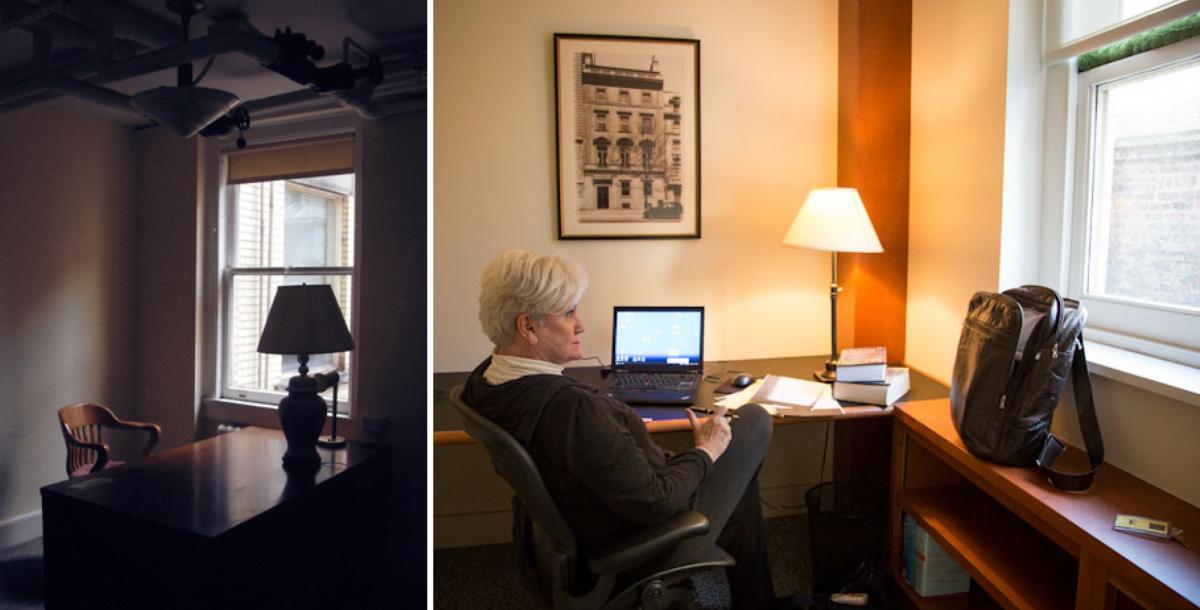 The Skylight: left, as it looked to the Rogers family, around 1919, and right, as it looks to us now - just about the same (photo courtesy of the New York Adventure Club). (In between...we didn't take photos of it because it was covered up with plaster and looked, well, boring.)

What's not shown here: The stacks, which were custom-built for us in the mid-1930s and haven't changed - except to the tune of about 4,000 volumes added every year. When it's not broke, don't fix it.

If you want to know more about the history of this Library:

Browse the call number range 011-027 on Stack 11 for more books on libraries.