Home > Library Blog > Art of the Book: Margaret Armstrong and Her Bindings 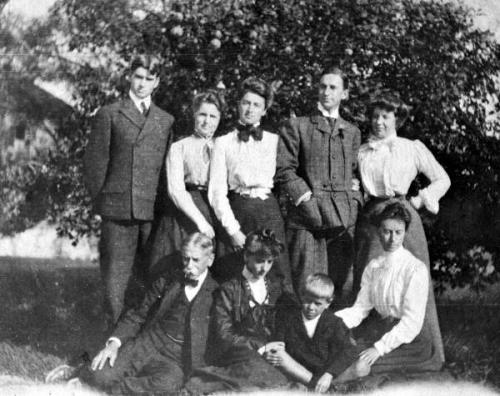 Art of the Book: Margaret Armstrong and Her Bindings

You might not realize this, but American publishers’ bindings have quite a long and storied history in the book world. Last year, I attended a symposium at the Metropolitan Museum of Art on American publishers’ bindings, where the enthusiasm for the history and production of bindings was contagious. This conference introduced me to the artist Margaret Armstrong and her influence on American commercial book cover design, and I am more than pleased to have ‘discovered’ many of her cover designs in the stacks at NYSL. If Miss Armstrong sounds familiar, you may remember Erin Schreiner’s previous post discussing her exploration of the Armstrong family’s borrowing records in the Society Library’s archives. Here, I’ll be focusing on Margaret Armstrong’s own career and her importance as a woman in the industry at the turn of the twentieth century.

Margaret was born in 1867 into the well-to-do Armstrong family. Her father, D. Maitland Armstrong, was a stained glass master and diplomat who encouraged his daughters in their craft. Margaret’s sister, Helen, followed in their father’s footsteps and designed stained glass commissions; Margaret designed a few stained glass pieces in their shared studio, but devoted most of her time from the 1880s to the mid-1910s to book cover design before retiring to pursue other projects and author several books. Her prolific career included designing hundreds of covers; currently 314 book covers are attributed to her, 86 of which are in our collections. (During this time, especially before 1893, artists did not monogram their covers as a matter of course, so there may be more Armstrong covers awaiting discovery across library stacks.) Margaret’s interest in book covers most likely stemmed from her family’s proficiency in stained glass art and design. There are many correlations between the two mediums which make it an almost natural path for Margaret to forge. Both mediums require the artist work in a contained, given space with focus on a strong outline; for stained glass artists their outline is necessary to hold individual pieces of glass together, while book designers work within the constraints of forms allowed with die stamping. These bold outlines divide broad areas of color for both mediums, but result in different graphic styles. 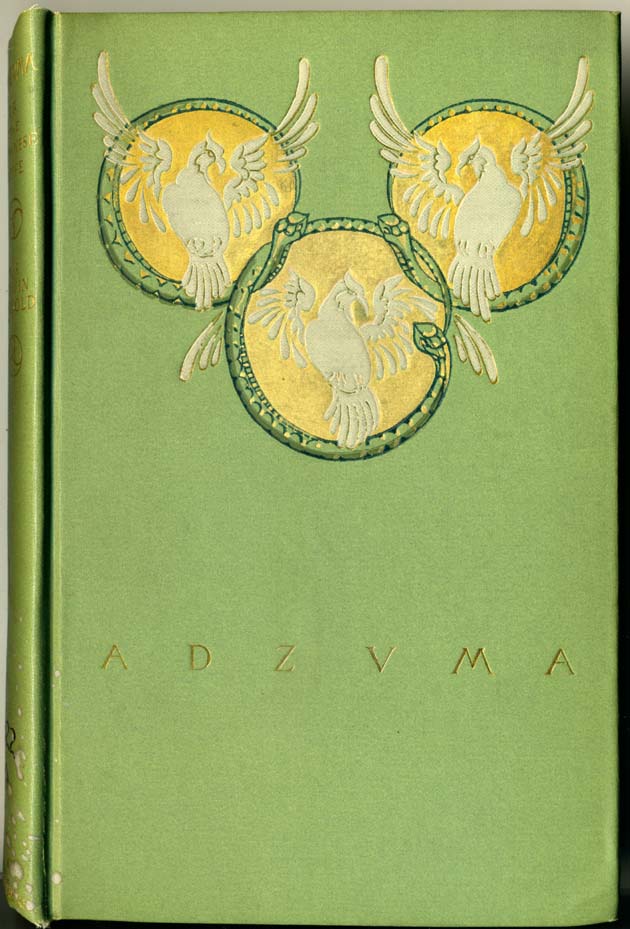 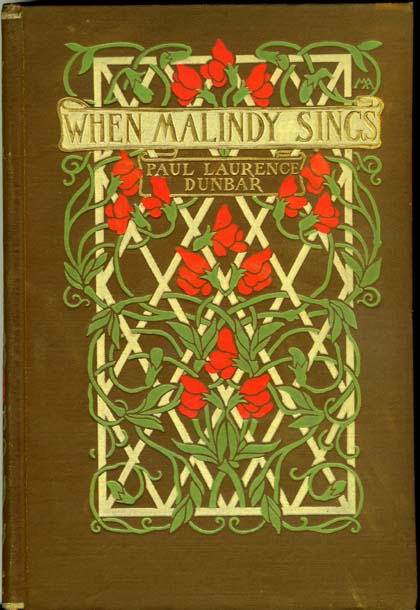 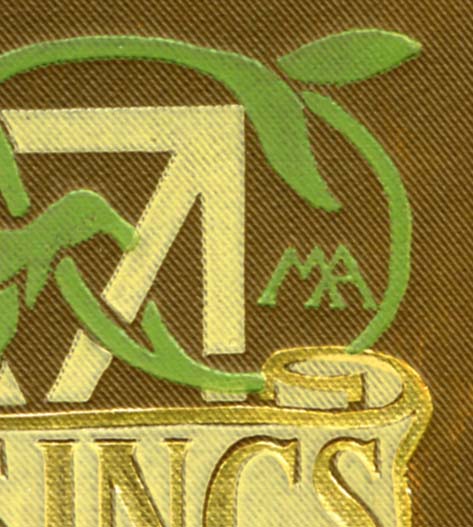 Margaret joined the profession sometime during the mid-1880s as book design and trade bindings began something of a golden age. Bookbinding changed dramatically in the 19th century: during the beginning of the century books were still bound in leather at a bindery, until the advent of the Industrial Revolution brought with it new machines designed to mass-produce stamped cloth bindings. As technology advanced, binding design could technically advance and American publishers began to realize they could utilize an attractive book cover to advertise and sell more product. A beautiful book is more likely to catch the eye of a potential buyer, and also helps to decorate a beautiful home. During the 1880s we see publishers begin to court formally trained artists to design book covers, opening up a new trade to men and women alike.

Armstrong’s style is quite distinct once you’ve viewed several of her bindings. Conscientious about creating visually interesting covers, she utilized bold inks and cloths, and varied between designating glossy and matte gold-stamping to heighten the play of light. Highly ornamental and heavily influenced by nature, she predominantly included floral imagery in her work, notable for their botanical accuracy. She rarely drastically stylized flowers, but did develop distinctive lettering. Many bindings are identifiable by her flourished ‘R,’ shown below in Candle-Lightin’ Time and How to Know the Ferns. Margaret also insisted her designs incorporate subjects found within the text, a not terribly common practice at this time. Possibly the most distinctive trait of all is her use of slightly asymmetrical designs, a hallmark of Art Nouveau, which she incorporated into her designs even before the movement gained popularity (symmetry being the constant standard throughout the history of binding design).

Of the earliest designers, Margaret is one of the three most celebrated and recognized women in binding design from this period. Second only to Sarah Wyman Whitman, the first recognized woman to enter the profession, Margaret inspired a generation of younger women with her style and industrious output. She won many accolades during her lifetime; she had a binding displayed in the Woman’s Building of the Chicago Columbian Exposition -- a binding she won an award for when it was displayed in a NYC exhibit of the 453 successful entries headed for the Chicago Exposition. As an example of the work women designers could and should aspire to, Margaret’s bindings were included in P.G. Hubert Jr.’s chapter titled “Occupations for Women” from The Woman’s Book. Several of her bindings were also included in exhibits around NYC. The Aldine Club included her work in its 1892 exhibit Book Bindings and Designs, and she was one of four women whose work was included in the 1894 Grolier Club exhibition Commercial Bookbindings, of which the accompanying catalogue notes, “[Miss Armstrong’s] skill in adapting, combining, and creating designs which are almost flawless in excellence has made her book-covers famous.” It is important to note that Margaret was recognized as a popular and famous binding designer during the time she actively worked in the trade. Her skill and recognition as a peer of male artists demonstrated to women that they, too, had a place in competitive business, and could stand as equals to men in some professions.

Below, I’ve included some Armstrong bindings that I feel are representative of her prodigious output over three decades of design. I can go on and on about the beauty, style, and importance of her bindings, but I’ll let them speak for themselves (for now). I’ve created a Flickr slideshow to highlight a few more bindings (and some of my favorites), so please click here to have a look for yourself. 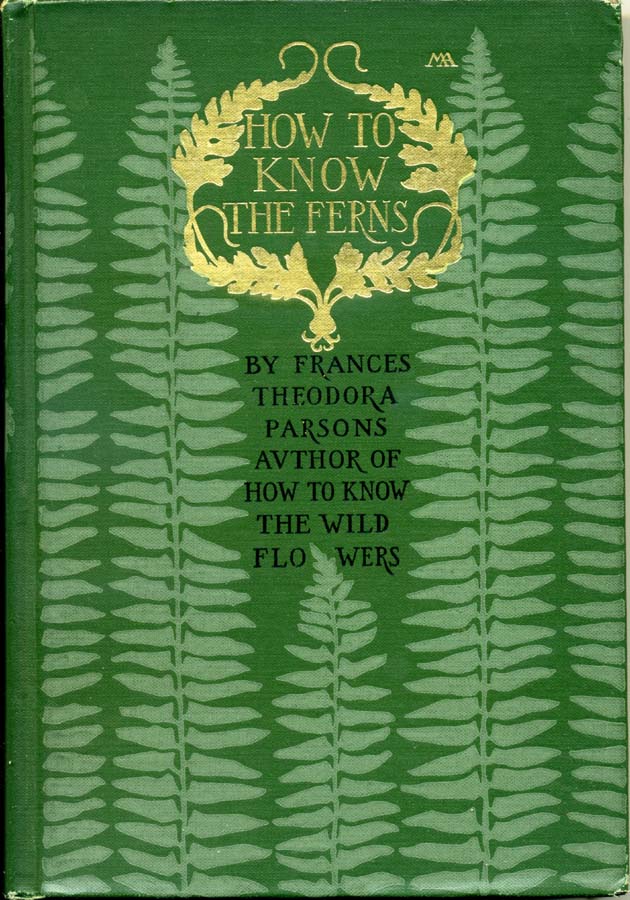 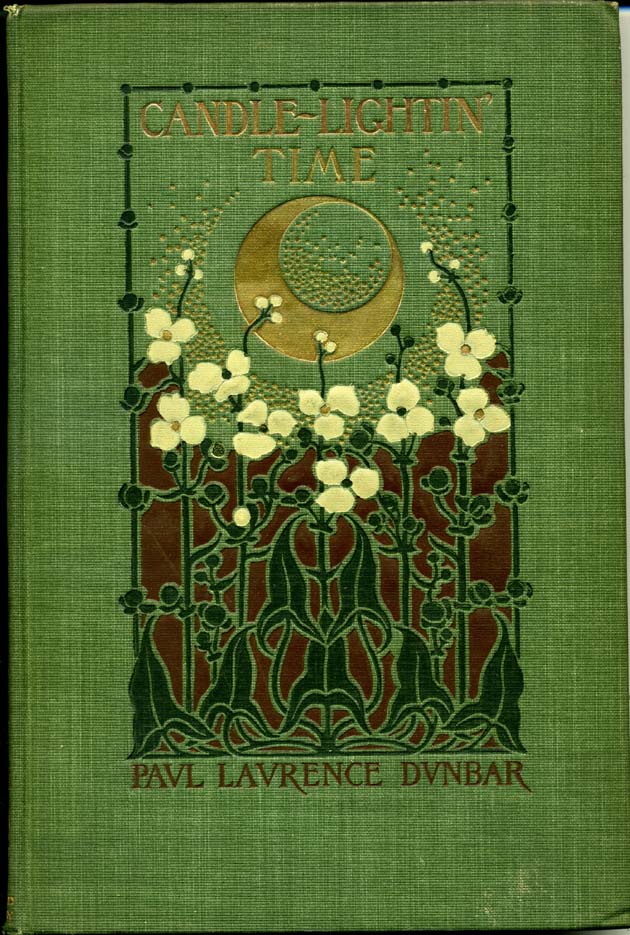 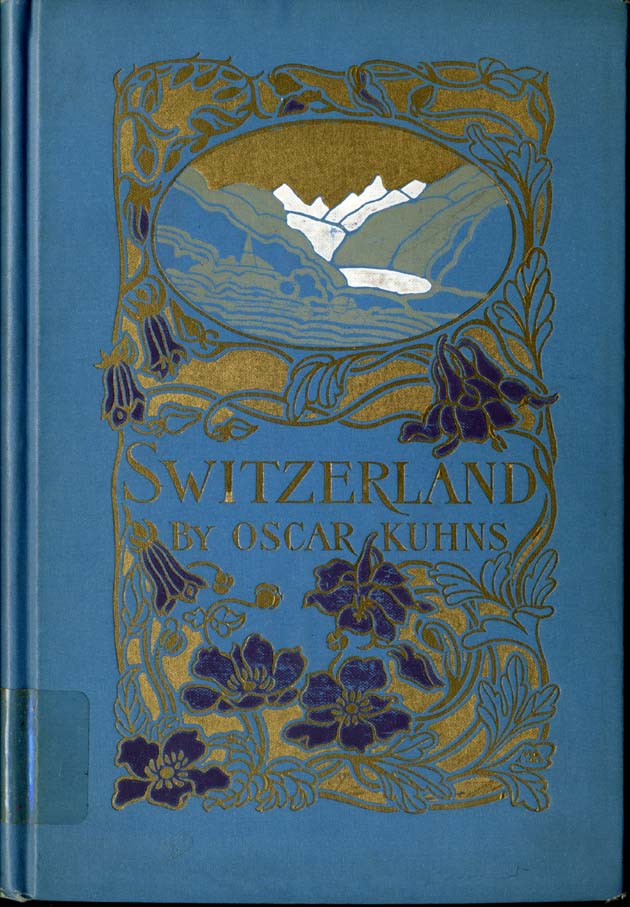 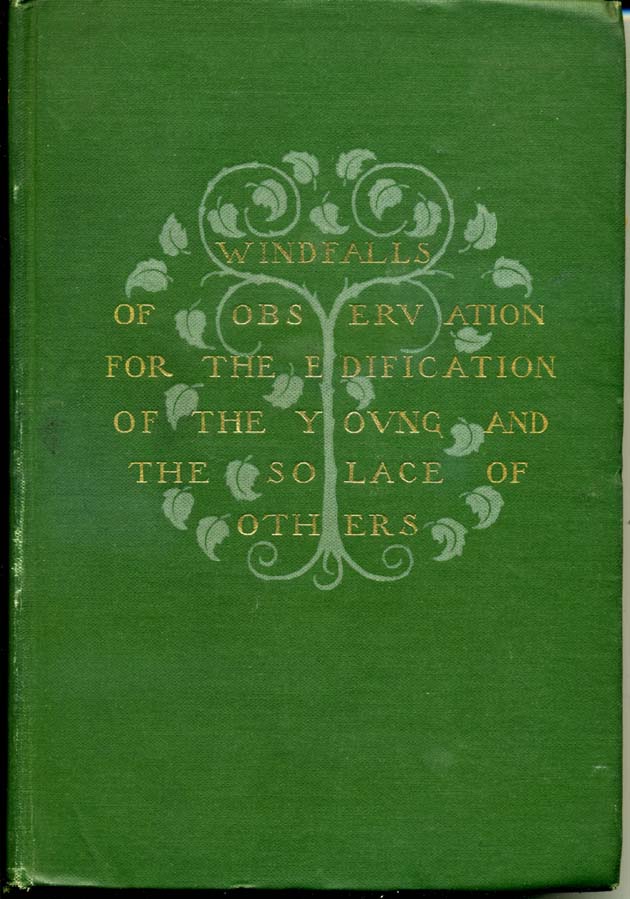