Home > Library Blog > "Cartographies of Time" : Exploring Collections Through the History of the Timeline

Rosenberg and Grafton. "Cartographies of Time: A History of the Timeline." Princeton Architectural Press, 2010.

"Cartographies of Time" : Exploring Collections Through the History of the Timeline 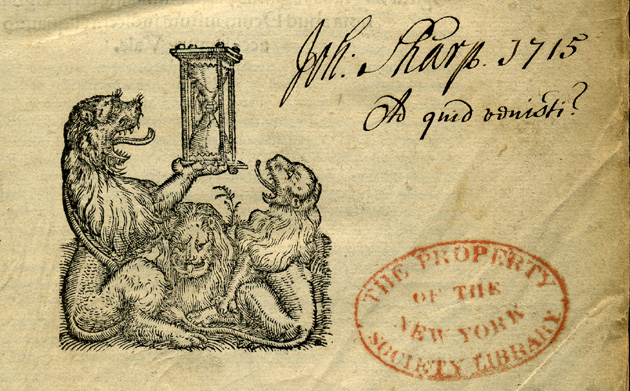 "What does history look like?  How do you draw time?"

These questions introduce Daniel Rosenberg and Anthony Grafton's Cartographies of Time: A History of the Timeline, a heavily illustrated study of the ways that chronologers and historians of the past constructed (and reconstructed) graphic narratives of human history in print and manuscript.  The book was published by Princeton Architectural Press in 2010.

Rosenberg and Grafton begin with the work of Eusebius, a fourth century Christian theologian.  Eusebius' Chronicon was the first book (a manuscript) to coordinate histories from the Greek and Hebrew Bibles, merging the two stories into one chronological narrative.  Instead of relying on narrative text, however, Eusebius constructed a chronological table to visually unite those histories, so that a reader could see and compare them simultaneusly.  For the first time, readers were able to see which figures of the Greek and Hebrew Bibles were actually contemporaries, and establish a more detailed chronological context in which to frame the Christian history. 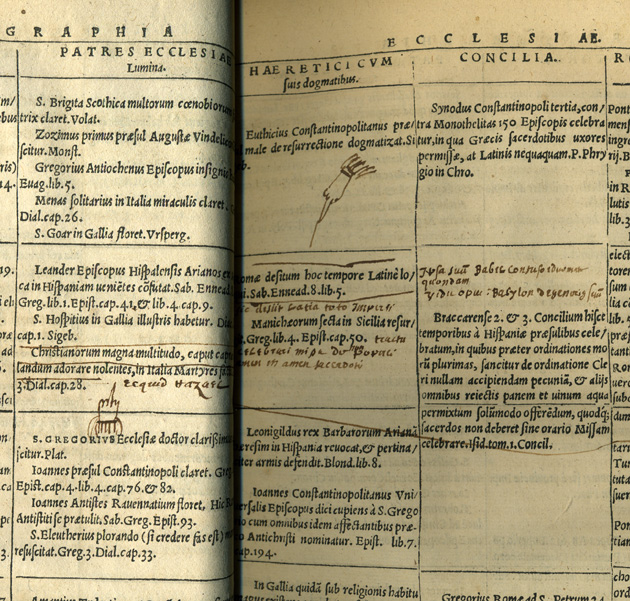 From Eusebius the authors trace the gradual transformation from table to line (with considerable variation in between) forward to the present day. Eusebius' table was updated by historians for centuries, with each new edition containing new information presented, often, with new graphic features. Remember that Eusebius' works circulated for a millenium in manuscript form; it wasn't until the mid-fifteenth century that printed copies began to appear, introducing entirely new graphic conventions.  A fifteenth-century Venetian printer was the first to print the Chronicarum with an index of printed names, a tool for reference and research inconceivable without uniform pagination, which we take for granted today.  The Library holds a several books inspired by the Chronicarum in our Special Collections Department, including Heinricus Pantaleon's Chronographia Christianae Ecclesiae (Basil: 1561).  The book is part of the John Sharp Collection, with annotations in Latin by at least one previous owner, perhaps the Reverend John Sharp himself. 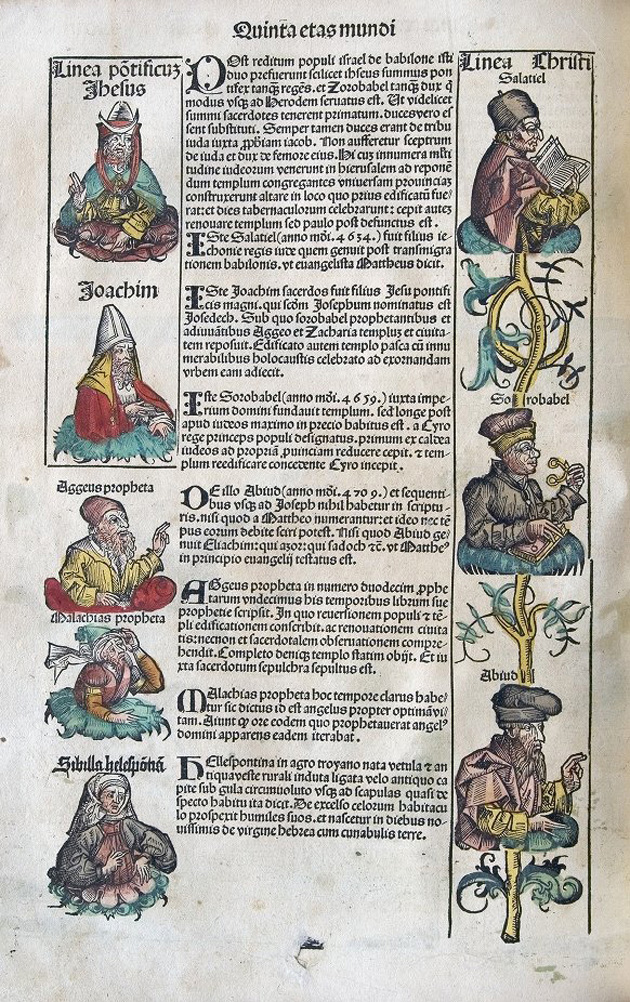 Most of these histories were based on Biblical texts, but others also included stories culled from broadsides that circulated throughout Europe reporting local news: witch sightings, drownings of the impious, and murders.  The Liber Chronicarum, a fifteenth century illustrated history (you can read more about our copy in the Library's Spring Newsletter) is a confluence of bibliocal history, local history, and myth, and an example of the ways in which metaphor was used as an aid to chronological understanding, and memory as well.  The author of the Liber Chronicarum, Hartmann Schedel, used woodblock printed portraits connected by vines to illustrate the passing of heredity over time.  The tree is now a ubiquitous form of representation in genalogy.

While the letterpress made it easy to mass-produce consistent, detailed, text-based narrative histories, it was limited by the rigid horizontal structure of moveable type and woodblock illustrations (which had their own pitfalls).  The rise of rolling-press printing and line-engraving techniques by the mid-seventeenth century, however, made way for new graphic innovations and was, perhaps, the technological agent that produced the timeline as we know it today.  Scenes enlivened by light and shadow were composed of free-flowing line and precise cross-hatching in etching and engravings, giving authors and draftsmen more room for creativity and innovation in their printed work.  By the mid-seventeenth and eighteenth centuries, Rosenberg and Grafton find exactly this creativity and variety in illustrated histories, with a veritable explosion of images and modes of represntation following in the nineteenth century.  Many of the images they analyze in detail can be found in this slide show on the book posted by the New York Times.  A knight's armor (1585), weather patterns (1824), and a temple (1846), are just a few examples of the strange and wonderful ways that people thought to tell the story of time through images.

Quite a few titles discussed in Cartographies of Time are held by the Library, which always been, and remains today, a collection built in part for avid readers of history.  The Library's 1813 catalog, the first to be organized by subject, records that history was the area in which the Library collected the largest number of titles, many of which are recorded as circulating in our early Charging Ledgers.  Most other sections contained ten to fifteen pages of books, while the History section filled a full thirty.

Books like Cartographies of Time help us to see the Library's historic holdings and readers in a broader context, and to see ourselves as inheritors of a printed tradition that we, as readers, have evolved with.  If you want to learn more, Cartogaphies of Time is waiting for you in Stack One.