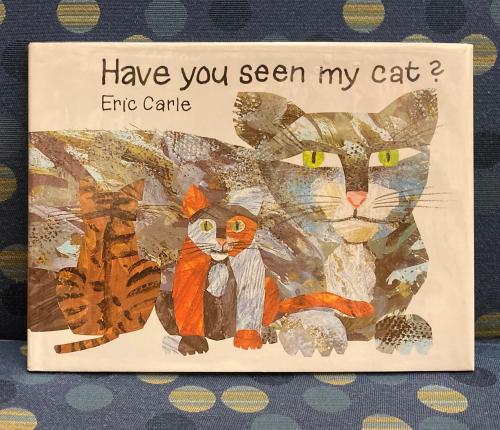 Cats of the Library

Happy National Pet Week! We’ve been giving dogs a lot of attention here at the Library (here and here), but there’s been growing unrest from the kitty contingent. Where is our post? they’ve asked. Surely feline readers deserve to step into the spotlight! They’re right, of course, which is why I’m pleased to present the cats of the Library. 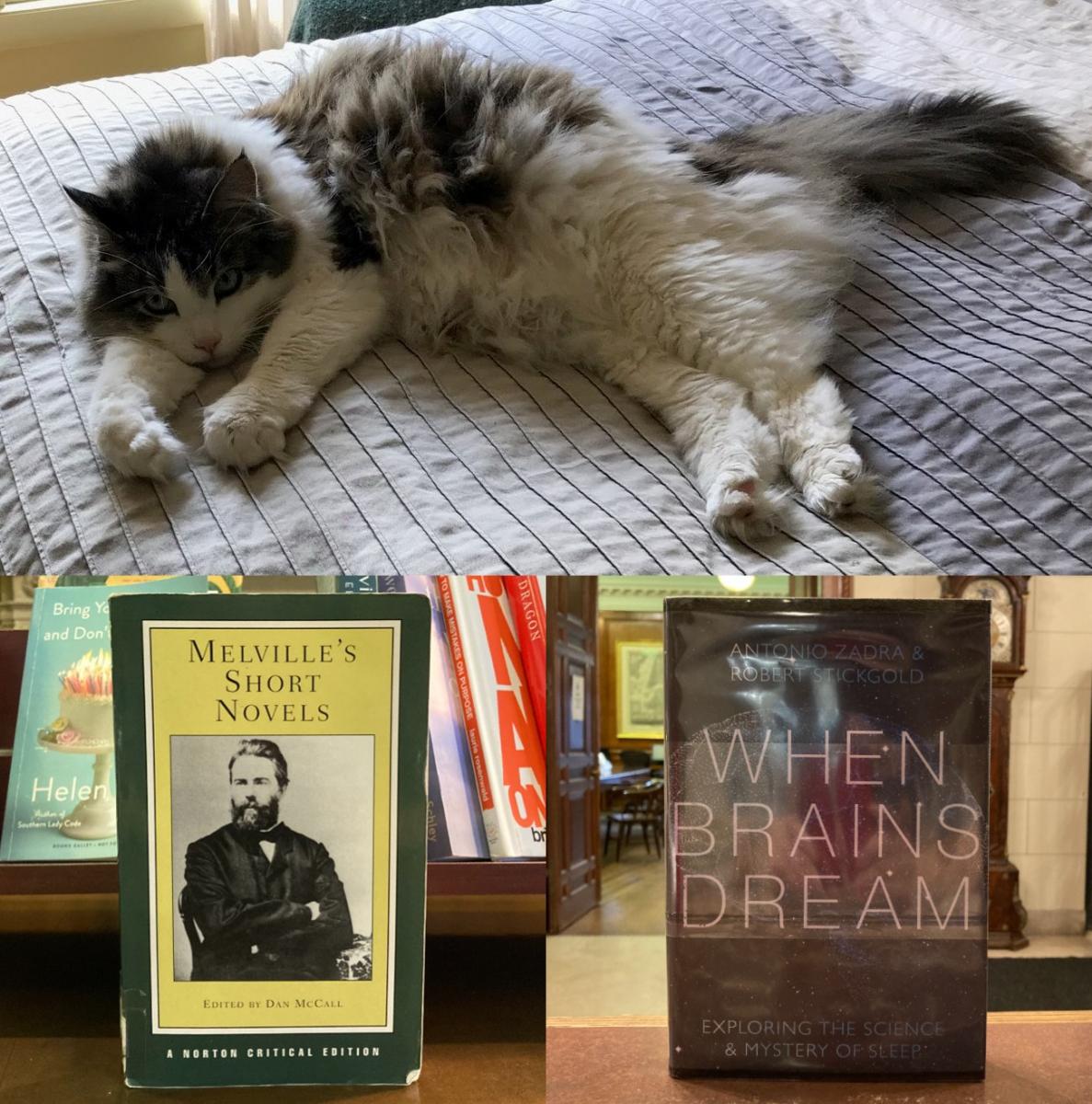 Kicking things off with our staff cats is Gus, who belongs to Head Librarian Carolyn Waters. He’d prefer to do nothing but sleep and read, and at the moment is probably lying atop Herman Melville’s Bartleby, the Scrivener. In the 10 hours a day he’s languidly and nominally awake, he’ll be pawing through When Brains Dream: Exploring the Science and Mystery of Sleep by Antonio Zadra. 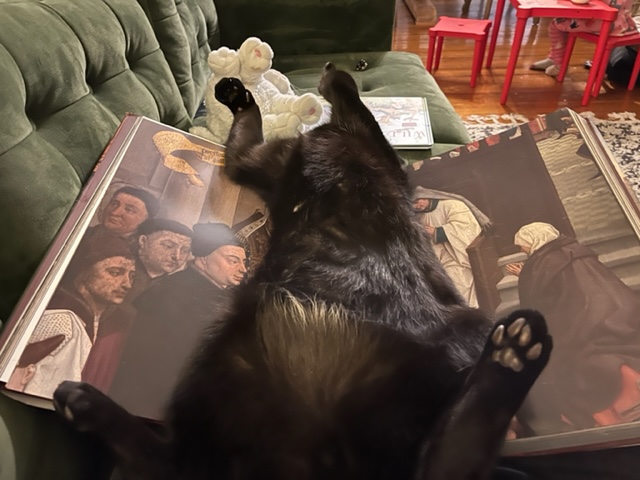 Conservator Christina Amato’s cat Minke is devoted to the finer things. He particularly enjoys the work of the Flemish Primitives, and more generally the Northern Renaissance school of painting. He would like to recommend Till-Holger Borchert’s Masterpieces in Detail: Early Netherlandish Art from van Eyck to Bosch for its superior back support. 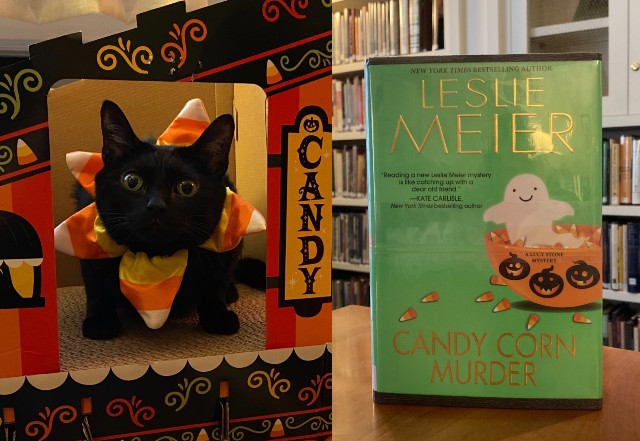 “Live every day like it's Halloween” is the motto in Binx's house, which is shared with Special Collections Librarian Barbara Bieck. When he's not hunting ghosts or dreaming of chasing creepy crawlies, he likes to curl up with a good mystery. He's currently enjoying Candy Corn Murder by Leslie Meier. 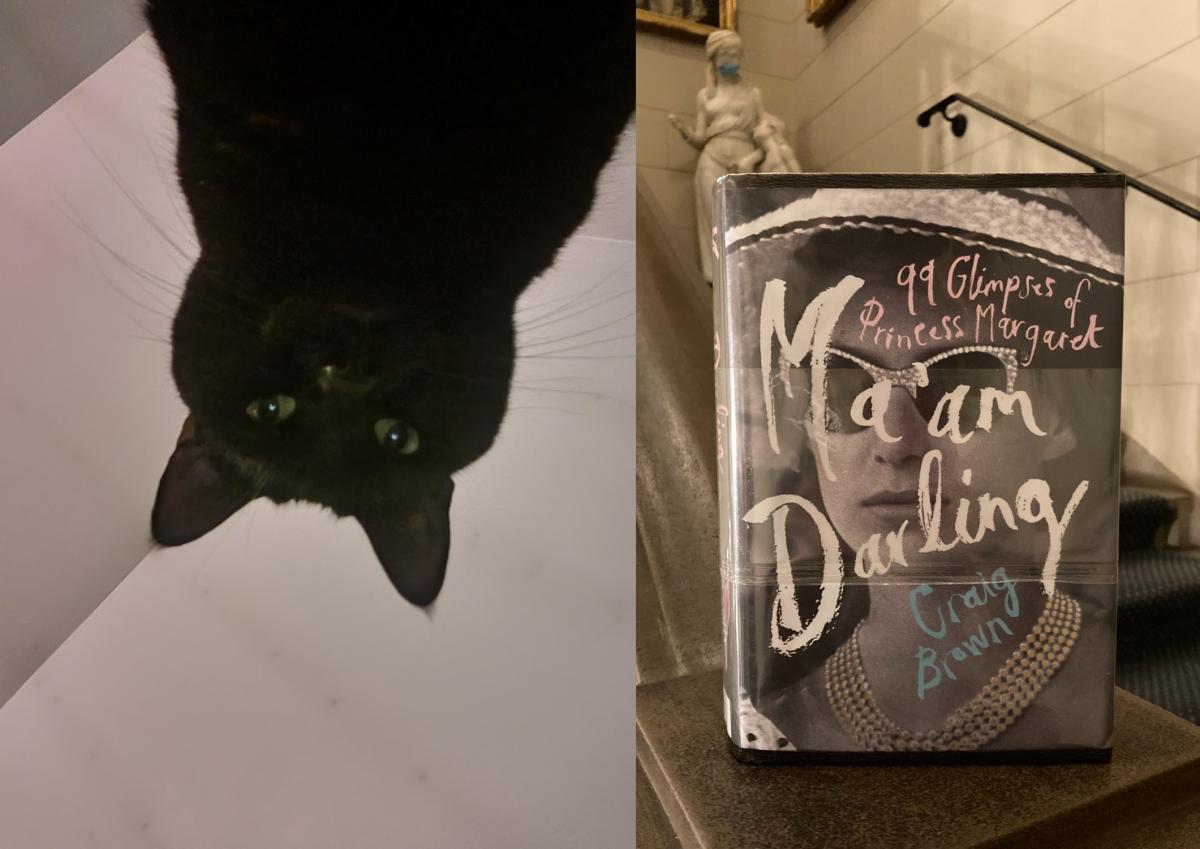 Circulation Assistant Linnea Savapoulas’s cat is both Princess in name and a princess in attitude. While she enjoys hobnobbing with her fellow royalty, she’s also classically curious, so she’s been taking a peek at Ma'am Darling: Ninety-Nine Glimpses of Princess Margaret by Craig Brown. 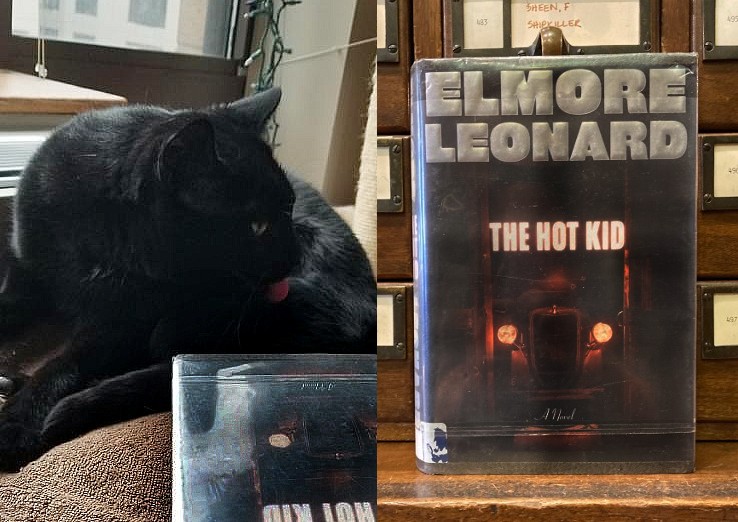 Circulation Assistant Shira Ben-David's cat Jasper has long dreamed of righting wrongs, such as not being fed at all times and being the only one awake at the crack of dawn. Lately he's been engrossed in the tales of vigilante justice in Elmore Leonard's The Hot Kid. 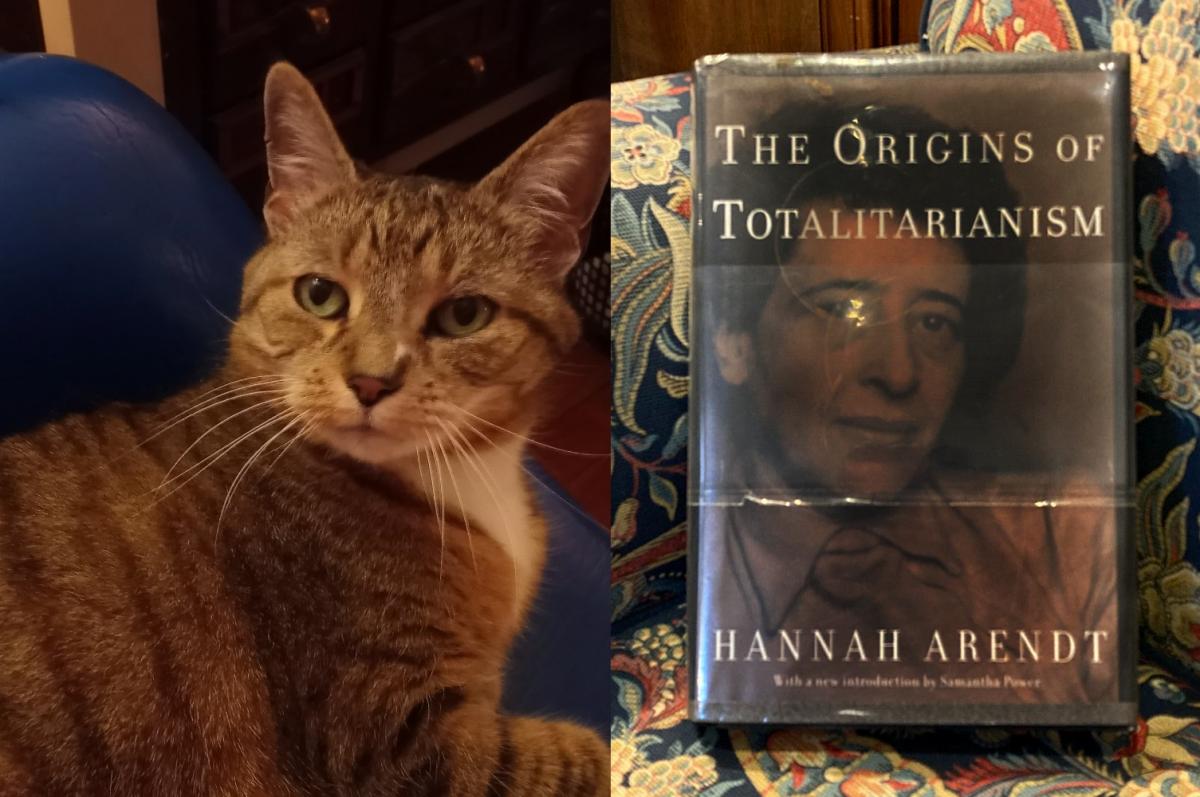 Pickles rules Events Assistant Katie Fricas’ house with an iron paw. She’s picked up The Origins of Totalitarianism by Hannah Arendt, but as a paper gourmet, she’ll probably eat it instead of reading it.

Stay tuned for more member pets, coming soon! And if your furry friends are readers, send a photo and a title to kcarleton@nysoclib.org to get them featured on the next “Pets of the Library”!

In the sidebar: Have You Seen My Cat? by Eric Carle