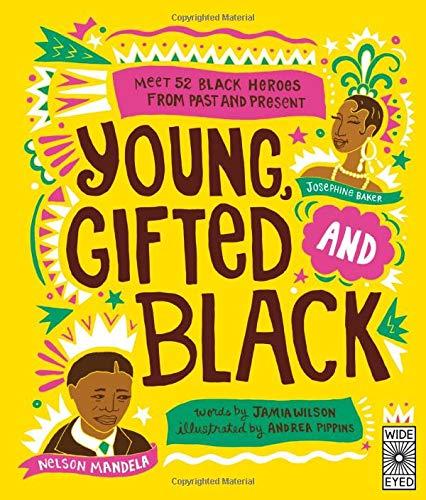 In 1990, Dr. Rudine Sims Bishop published a seminal essay entitled ‘Mirrors, Windows, and Sliding Glass Doors’ which brought about an examination of trends in children’s literature, especially with regard to featuring diverse characters. 31 years later, the Children’s and YA publishing world has made some progress, but there is still much more work to be done with actively promoting diversity in this field.

As we approach the Juneteenth celebration next weekend, the Children’s & YA Library highlights these selections by Black authors that celebrate Black joy. Also, see our previously published list of titles noted during Black History Month. We encourage you to check them out and are also happy to include these titles in book bundles for your family.

Parker Looks Up | Curry, Parker & Jessica   Recommended for ages 3-6
When Parker Curry visited the National Portrait Gallery, she became mesmerized by Amy Sherald's portrait of Michelle Obama, thinking she was a queen.

Crown: An Ode to the Fresh Cut | Barnes, Derrick & James, Gordon C.   Recommended for ages 3-7
Garnering Caldecott, Newbery, and Coretta Scott King honors, this book celebrates the magnificent feeling that comes from leaving a barber shop with a new ‘do.

Sulwe | Nyong'o, Lupita & Harrison, Vashti   Recommended for ages 3-7
When Sulwe's classmates make fun of her dark skin, a shooting star's tale of the sisters Night and Day helps her understand there is beauty and worth in every shade.

I Am Every Good Thing | Barnes, Derrick & James, Gordon C.   Recommended for ages 3-8 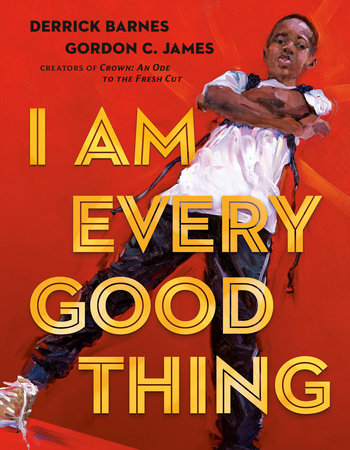 The confident Black narrator of this book is proud of everything that makes him who he is. He's got big plans, and no doubt he'll see them through.

Magnificent Homespun Brown | Doyon, Samara Cole & Juanita, Kaylani  Recommended for ages 3-8
Told by a succession of exuberant young narrators, this is a story as well as a song, a poem, and a celebration about feeling at home in one's own beloved skin.

Hands Up! | McDaniel, Breanna J. & Evans, Shane W.   Recommended for ages 3-8
A young girl lifts her hands up in a series of everyday moments before finally raising her hands in resistance at a protest march.

Your Name is a Song | Thompkins-Bigelow, Jamilah   Recommended for age 3-8
After the frustrating experience of having her name continually mispronounced, a child learns to celebrate the beauty, history, and magic behind names of diverse origins.

Rocket Says Look Up | Bryon, Nathan & Adeola, Dapo  Recommended for ages 4-7
Aspiring astronaut Rocket draws her community together to see a rare appearance of the Phoenix Meteor Showers, hoping especially that her big brother, Jamal, will look up from his phone.

All Because You Matter | Charles, Tami & Collier, Bryan   Recommended for ages 4-8
A lyrical, heart-lifting love letter to Black and Brown children everywhere reminds them how much they matter, that they have always mattered, and they always will.

A Place Inside of Me | Elliott, Zetta & Denmon, Noa   Recommended for ages 4-8
In this powerful, affirming poem by an award-winning author, a Black child explores his shifting emotions throughout the year: fear grows into anger, then pride and peace. 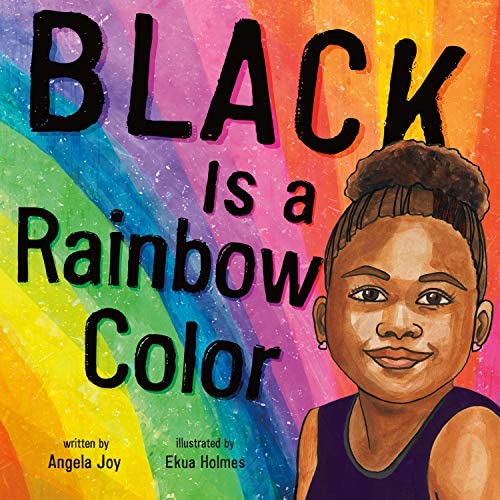 Black is a Rainbow Color | Joy, Angela & Holmes, Ekua   Recommended for ages 4-8
A child reflects on the meaning of being Black in this anthem about a people, a culture, a history, and a legacy that lives on.

Too Small Tola | Atinuke   Recommended for ages 6-9
Presents three tales of an endearing and enduring character, Tola, who lives in an apartment in the busy city of Lagos, Nigeria, with her sister, brother and grandmommy.

Dragons in a Bag | Elliott, Zetta   Recommended for ages 7-10
Nine-year-old Jax joins Ma, a curmudgeonly witch who lives in his building, on a quest to deliver three baby dragons to a magical world, and along the way discovers his true calling.

Ways to Make Sunshine | Watson, Renee   Recommended for ages 8-10
The Hart family of Portland, Oregon, faces many setbacks after Ryan's father loses his job, but no matter what, Ryan tries to bring sunshine to her loved ones.

Twins | Johnson, Varian and Wright, Shannon   Recommended for ages 8-12
Fans of Raina Telgemeier and Jerry Craft will appreciate the Carter twins' attempts to maneuver their way through middle school and the political process while learning to act with civility and, above all, as sisters.

The Season of Styx Malone | Magoon, Kekla   Recommended for ages 9-13
In this madcap, heartwarming, one-thing-leads-to-another adventure, friendships are forged, loyalties are tested ... and miracles just might be possible.

Maya and the Rising Dark | Barron, Rena   Recommended for ages 10-12
A twelve-year-old girl discovers her father is the keeper of a gateway between worlds, and when he goes missing she'll need to unlock her own powers.

A fast but fiery group of kids, chosen to compete on a track team. They all have a lot to lose, but they also have a lot to prove, both to themselves and each other.

The Crossover | Alexander, Kwame   Recommended for age 11-15
In this Newbery Medal-winning novel in verse, twin brothers must learn to deal with problems on and off the court as they navigate homework, first crushes, family and, of course, basketball. Also check out the prequel, Rebound, and the graphic novel edition of The Crossover.

Akata Witch | Okorafor, Nnedi   Recommended for age 11+
An American-born albino child of Nigerian parents moves with her family back to Nigeria, where she learns that she has latent magical powers.

The Poet X | Acevedo, Elizabeth   Recommended for age 12+
A multiple award-winning novel-in-verse by an award-winning slam poet, about an Afro-Latina heroine who tells her story with blazing words and powerful truth.

A Phoenix First Must Burn | Caldwell, Patrice, ed.,   Recommended for age 12+
From folktales retold to futuristic societies, this collection of stories centers on Black women and gender nonconforming individuals dealing with love and betrayal, strength and resistance.

The Field Guide to the North American Teenager | Philippe, Ben
Recommended for age 12+
A hilarious novel about a witty Black French-Canadian teen who moves to Austin, Texas, and experiences the joys, clichés, and awkward humiliations of the high school experience.

Love is a Revolution | Watson, Renee   Recommended for age 12+
Harlem teenager Nala is looking forward to a summer of movies and ice cream until she falls in love with the very woke Tye and pretends to be a social activist.

Legendborn | Deonn, Tracy   Recommended for age 13+
Drenched in Southern magic, this debut novel puts a modern spin on Arthurian myth while exploring themes of power and heroism, and challenging expectations and racial prejudice. 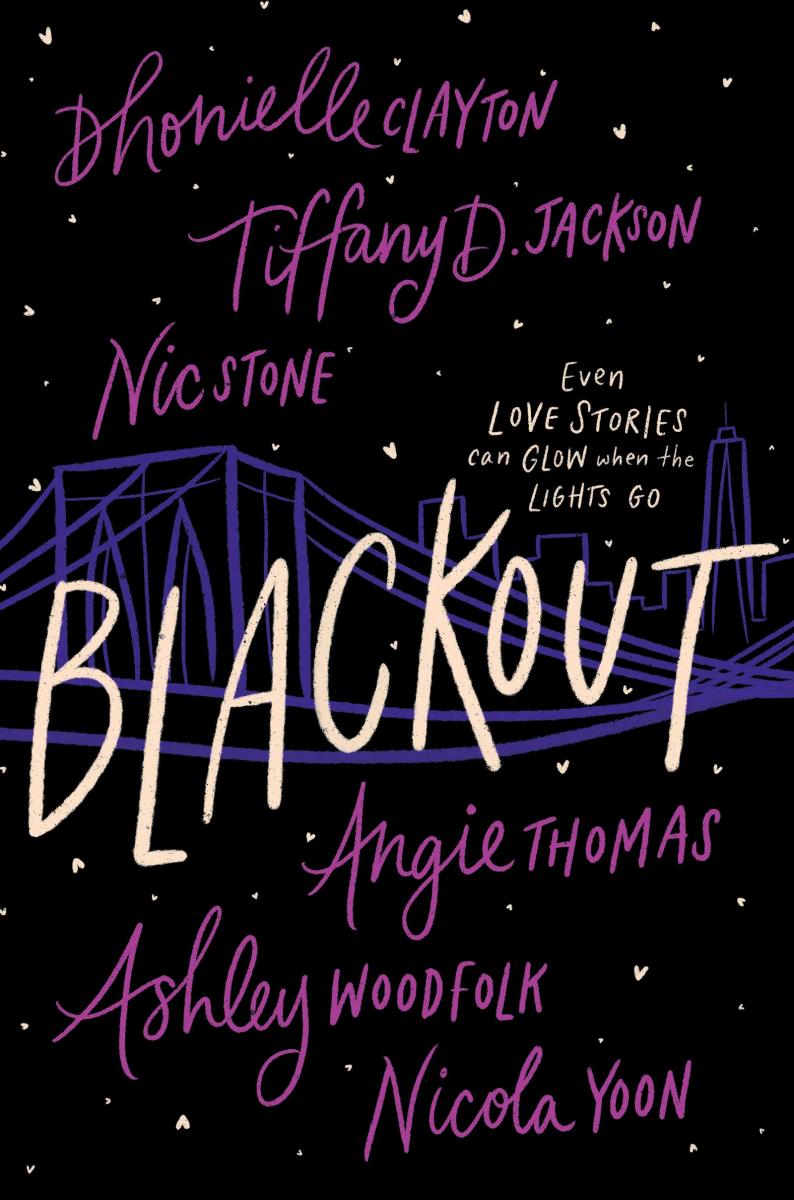 Pride | Zoboi, Ibi   Recommended for age 13+
In a timely update of Pride and Prejudice, this critically acclaimed author skillfully balances cultural identity, class, and gentrification against the heady magic of first love.

Now That I've Found You | Forest, Kristina,    Recommended for age 14+
As Evie and Milo conduct a wild hunt for her grandmother across NYC, romance and adventure abound while Evie makes some surprising discoveries about her grandma--and herself.

You Should See Me in a Crown | Johnson, Leah   Recommended for age 14+
After a scholarship falls through Liz is forced to turn to the prom committee, leading her to discoveries about her own identity and the value of true friendships.

The Sun Is Also a Star | Yoon, Nicola   Recommended for age 14+
Natasha is a girl who believes in science and facts. Daniel has always been a good son and good student. But when he sees Natasha he forgets all that and believes there is something extraordinary in store for both of them.

Harlem Grown | Hillery, Tony   Recommended for age 3-8
Once there was a lot full of trash. Now there is a lush, green farm. This is the story of Harlem Grown, a garden in NYC.

Seeing into Tomorrow | Wright, Richard & Crews, Nina   Recommended for age 4-8
From watching a sunset to finding a beetle, these haiku put everyday moments into focus. Paired with the photo-collage artwork, they celebrate the lives of contemporary African American boys.

Sail Away | Hughes, Langston & Bryan, Ashley   Recommended for age 6-10
A celebration of mermaids, waves, and the creatures of the deep through poems from the revered poet and cut-paper collage illustrations by the multiple award-winning illustrator Ashley Bryan.

Radiant Child | Steptoe, Javaka    Recommended for age 6-10
Steptoe’s vivid text and bold artwork echo Jean-Michel Basquiat's own, introducing readers to the powerful message that art doesn't always have to be neat or clean to be beautiful. 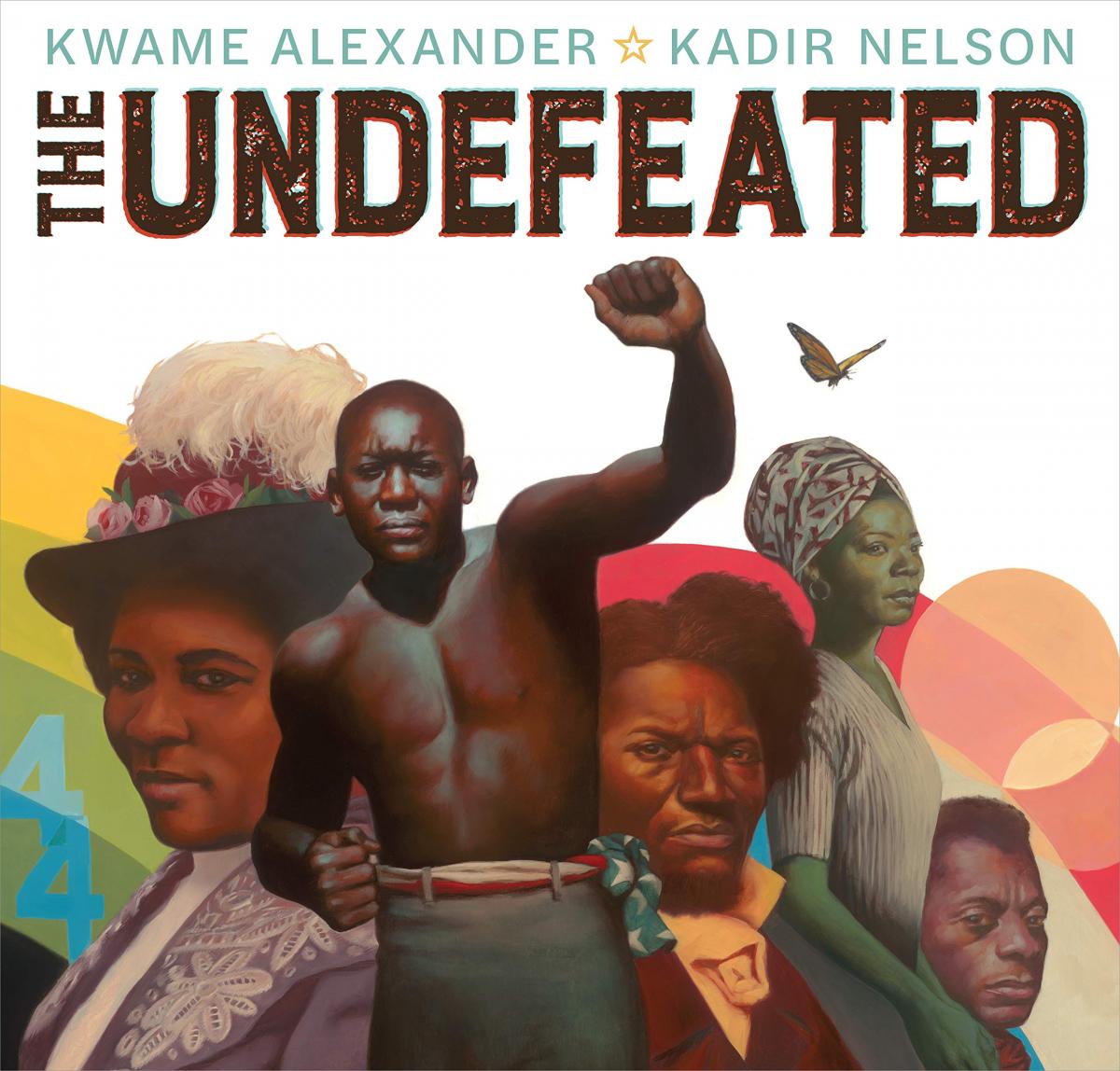 This poem is a love letter to Black life in the United States. It highlights the unspeakable trauma of slavery, the faith and fire of the civil rights movement, and the grit, passion, and perseverance of some of the world's greatest heroes.

All Different Now | Johnson, Angela & Lewis, E.B.   Recommended for ages 8+
In 1865, members of a family start their day as slaves, working in a Texas cotton field, and end it celebrating their freedom on what came to be known as Juneteenth.

Young, Gifted, and Black | Wilson, Jamia    Recommended for age 8+
Strong, courageous, talented and diverse, these extraordinary men and women's achievements will inspire a new generation to chase their dream... whatever it may be.

Black Heroes of the Wild West | Smith, James Otis    Recommended for age 9-11
This graphic novel celebrates the extraordinary true tales of three Black heroes who took control of their destinies and stood up for their communities in the Old West.

One Last Word | Grimes, Nikki   Recommended for age 10+
In this collection of poetry, Nikki Grimes looks afresh at the poets of the Harlem Renaissance by combining their work with her own original poetry via "The Golden Shovel" method.