Illustration of Philip the Macedonian from the Nuremberg Chronicles. The same block, showing a man holding a book, was used to represent many male figures throughout the history.

We're sharing our illustrated collections online this week with #ColorOurCollections, and as part of that we've made two coloring books for you to enjoy in the Library or at home. The illustrations in these books come from our copy of the Nuremberg Chronicle by Hartmann Schedel, one of the earliest and most lavishly printed history books. Our copy of the book is extra special because it has a long history of inspiring artists to draw and create, so we're even more excited to see kids and adults making it their own with colored pencils, crayons, and markers.  Why is it so special?  Read on to find out... 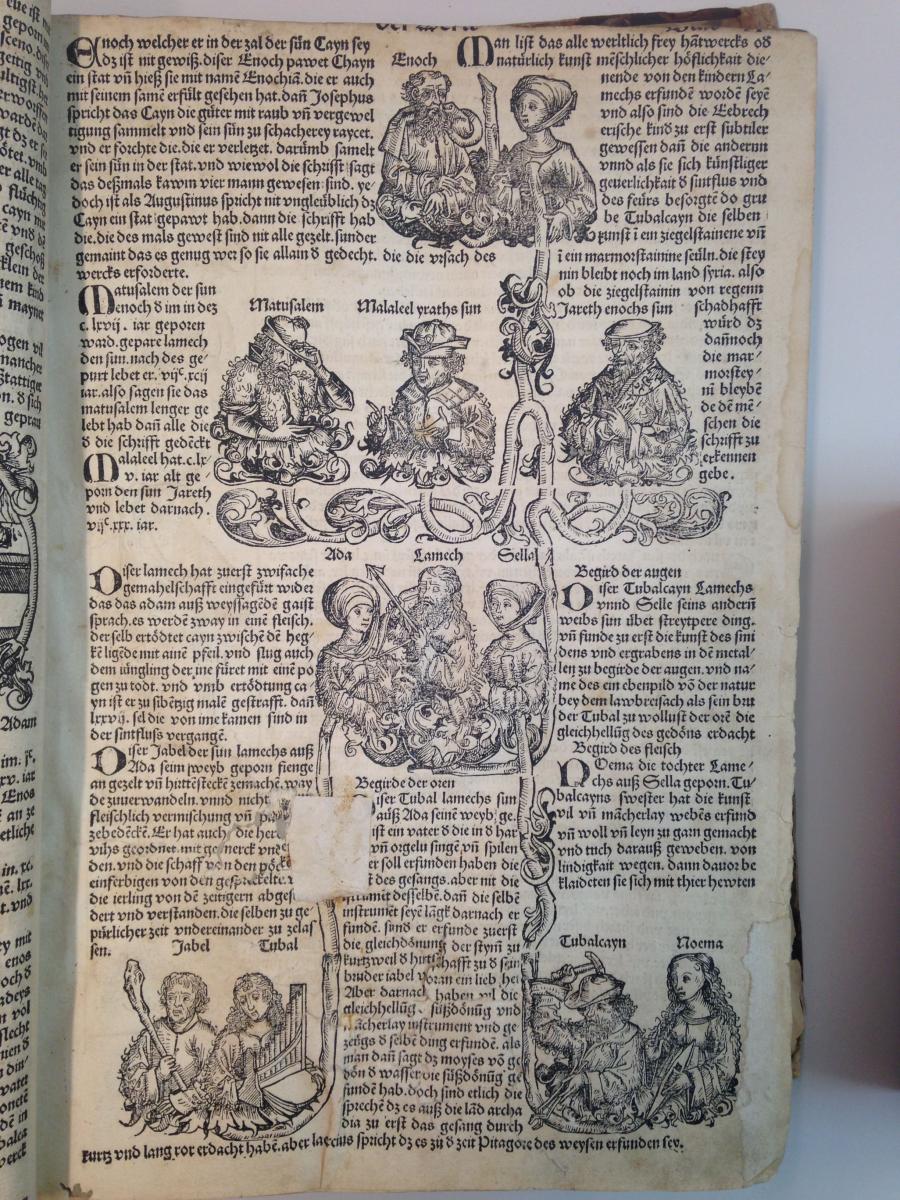 Just Google the words "Nuremberg Chronicle" and you'll find a lot of superlatives in the results. The book is one of "the most important," "the best documented," and "the most noted and valuable" printed objects known to man. Browse through the Google Image results and you'll see why: the Nurmberg Chronical (aka Liber Chronicarum) is sumptuously illustrated with thousands of woodcut prints. In some truly spectacular copies these illustrations were expertly colored. And this book is big. The Chronicle is a history of the world, beginning with the moment of creation as told in Genesis, spanning 598 pages that are 18 inches tall.  You can't read this book and hold it at the same time. I have yet to meet the person who isn't awed and inspired by it. 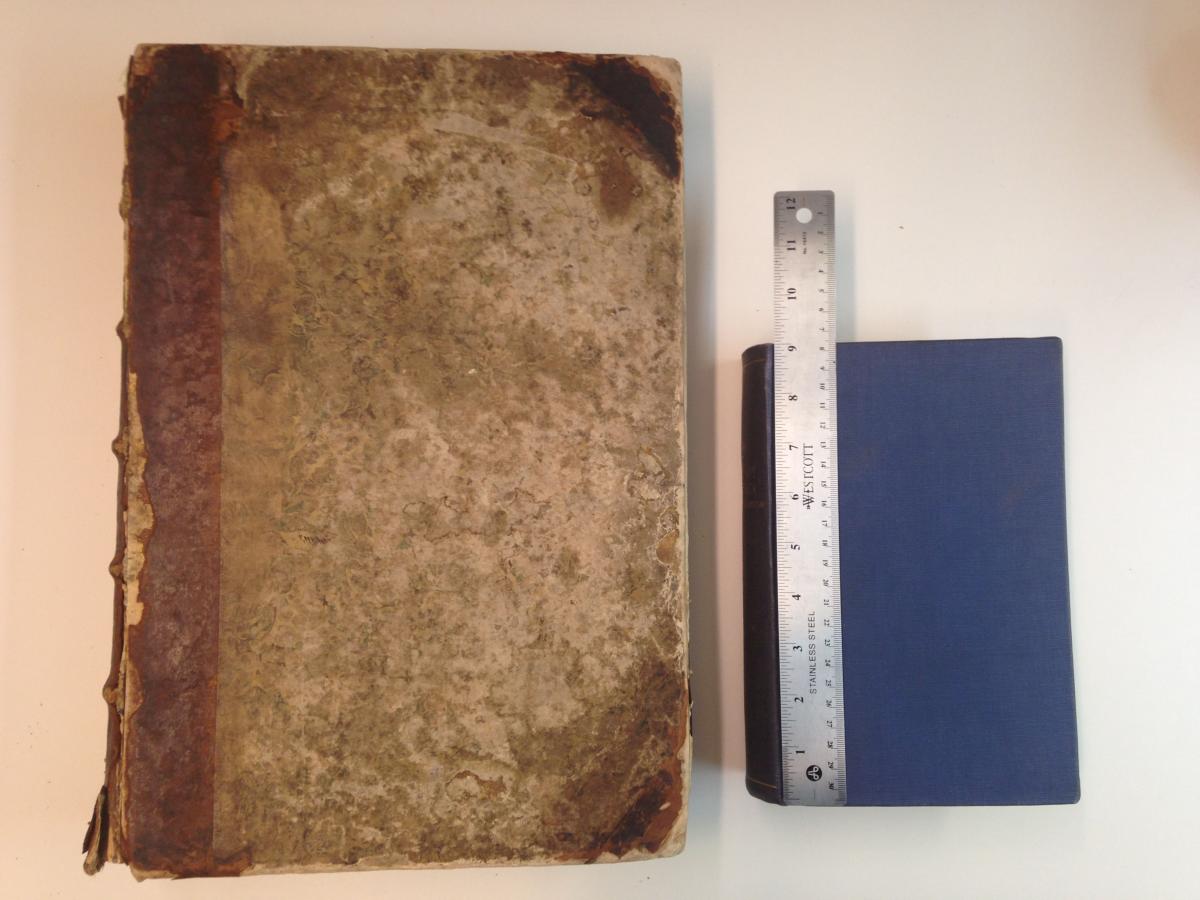 The Library's copy of the Chronicle isn't the most glamorous copy in the world, or even in New York City (the New York Public Library has not one but four beautiful copies, and the Morgan has a pristine copy bought by JP himself in 1902). The margins are trimmed, and sometimes a running title or part of an illustration or even the text was lobbed off by the binder's shears. It's pages are worn through in places, edges are torn, and you can even see evidence of early efforts at paper mending, long before the development of a modern theory and practice of preservation and conservation. The binding is a bit shabby, too: it's basically the early 19th century version of a buckram library binding today. The marble paper covering boards is fading, and the cheap sheepskin covering the spine, and corners of the cover are worn through.

Our Nuremberg Chronicle might look a worse for wear, but it's got something going for it that neither the Morgan nor the NYPL can boast about theirs. First, our Chronicle was donated to us in 1813, and a resident of New York for over 200 years. Second, (and this is my favorite part), our copy was donated to us by the so-called father of American wood-engraving, Alexander Anderson. Anderson wasn't a shareholder, but his diaries survive at the New-York Historical Society and tell us that he used the Library's reading room as a member of the public. Anderson's work appears in a number of books in our collections, and you can his prints online in a digitized scrapbook from the New York Public Library's Prints Division. As you can see, Anderson's prints cover a huge range of subjects and functions, from images of flora and fauna for books, to scenes from Shakespeare, to business cards and advertising copy. 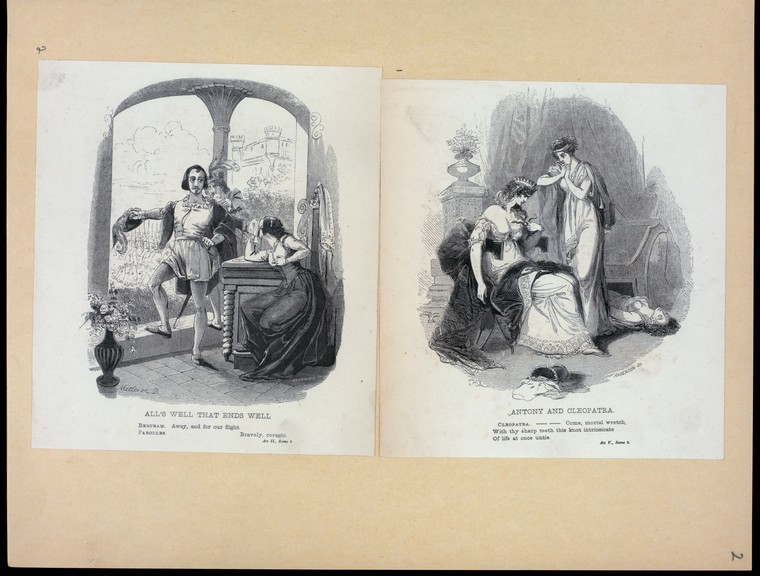 Anderson donated the Chronicle to us at age 37, 13 years after leaving his practice as a physician and dedicating his life to printmaking. I want to know more about how he acquired the book, but I have some ideas about why he might have bought it (as an illustrator, he must have loved quality and quantity of illustrations), and why gave it to us. In 1813, the Society Library was still the premier collection of printed matter in New York City, and one of very few places that acquired books of enduring historic value, even though those books might not be well-read by its membership. Anderson's gift to the Library  — made just one year after John B. Winthrop donated a portion of his family's book collection to the Library — demonstrates that the public viewed this institution as a safe and venerable place to deposit printed books valued as much for their age, their rarity, their beauty, or their provenance, as for their contents. 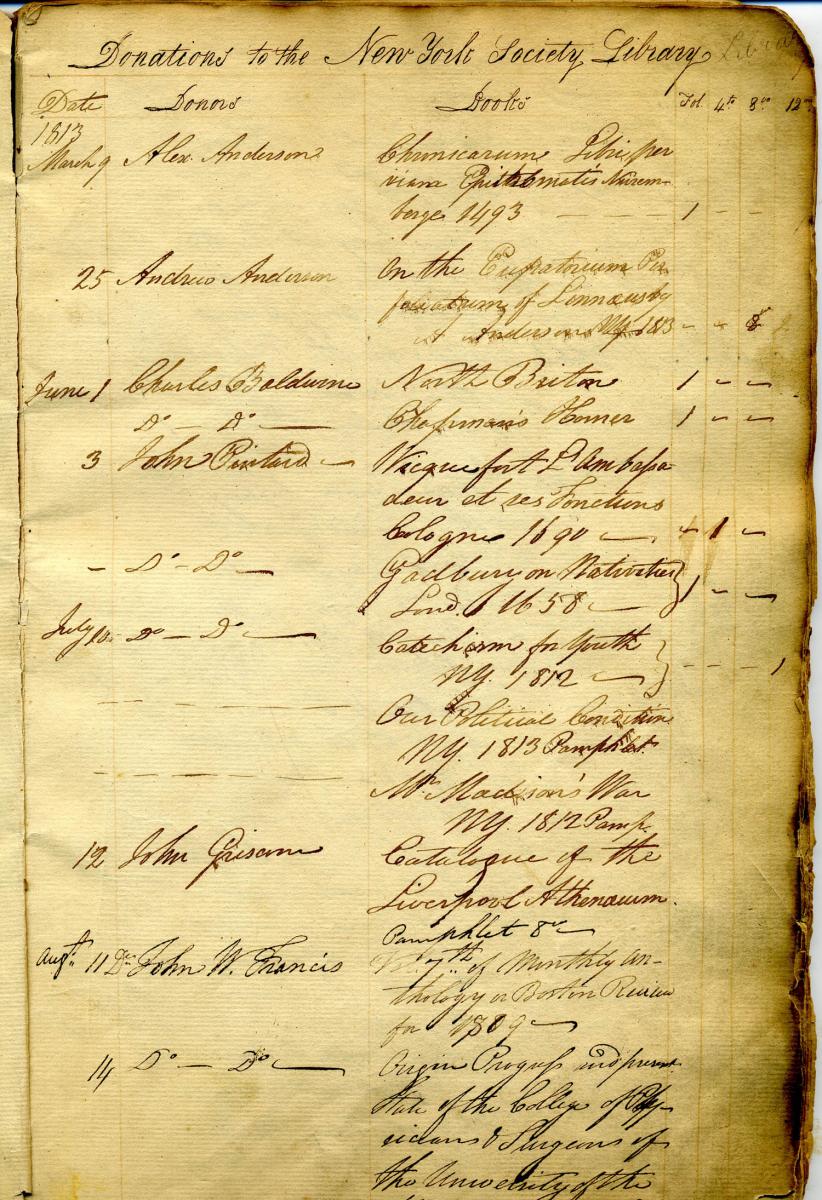 Our copy might not be as fancy as copies you'll see on display in musuems with fancy bindings, or perfectly white, unblemished paper. But I wouldn't trade it for any other copy in the world because its history tells stories about the people whose lives it touched. An artist buys an old book, it inspires him, he realizes its value, and wants to preserve it to inspire artists of the future. Lo and behold, Anderson's vision was realized and the book lives on in the Library. And now, we're so excited to share it with you, not in an exhibition case but in a way that Anderson never could have dreamed of!

Dust off your box of Crayolas, take home your copy of Anderson's Nuremberg Chronicle, and #ColorOurCollections!