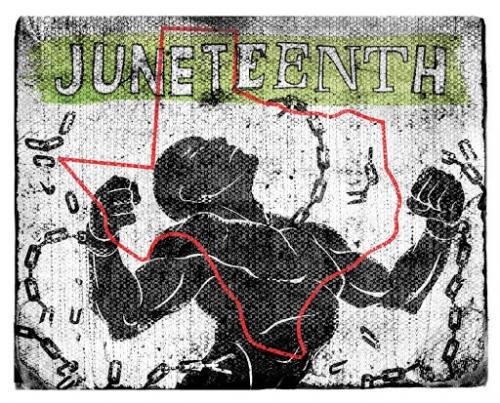 From Emancipation to Juneteenth

History, it can be argued, is made by the influence that social forces have on individuals. Abraham Lincoln, whose presidency witnessed the introduction of history-making legislation, is an example of such an individual. Set in motion by Lincoln’s election in 1860, the American Civil War, essentially waged over the issue of slavery, was the greatest internal crisis that the United States had to face. During this critical period, Lincoln had to act decisively and consequently took actions that were unprecedented. Prominent among these unprecedented actions was the issuing of the Emancipation Proclamation of 1863, which freed the slaves then held in the states in rebellion to the United States.

As Richard Hofstadter points out in The American Political Tradition and the Men Who Made It, it was evidently an unhappy frame of mind in which President Lincoln resorted to the Emancipation Proclamation. He had to choose this recourse because the Proclamation became necessary to hold his remaining supporters and to forestall British recognition of the Confederacy. In addition, his supporters, mostly anti-slavery men, came to the realization that they were fighting a power based on the labor of slaves, the greatest single wartime resource of the Confederacy. Lincoln felt that if the Union army secured a victory on the battlefield, he could issue such a proclamation. Victory at the epic Battle of Antietam gave him the opportunity.

On September 22, 1862, five days after Antietam, Lincoln announced a preliminary Emancipation Proclamation declaring that “on the first day of January . . . all persons held as slaves within any State, or designated part of a State, the people whereof shall then be in rebellion against the United States shall be then, thenceforward, and forever free.” The final Emancipation Proclamation was signed and issued on January 1, 1863. Nevertheless, it would take nearly two-and-a-half years for Lincoln’s proclamation to be relayed to Texas.

On June 19, 1865, about two months after the Confederate General Robert E. Lee surrendered at Appomattox, Virginia, Union General Gordon Granger arrived in Galveston, Texas, to bring news that the Civil War had ended and to inform enslaved African-Americans of their freedom. One of General Granger’s first orders of business was to read to the people of Texas General Order Number 3, which essentially put into effect the Emancipation Proclamation issued two-and-a-half years earlier. The reactions to this profound news ranged from pure shock to immediate jubilation. That date became a day celebrated by African-Americans to commemorate the ending of slavery in the United States.

According to Juneteenth.com, the celebration of June 19 was coined "Juneteenth" by combining June and 19, and it grew with more participation from descendants. Sometimes called “Juneteenth Independence Day,” “Black Independence Day,” “Freedom Day” or “Emancipation Day,” the day continued to be highly revered in Texas decades later. Over time, communities have developed their own traditions. Some communities purchased land for Juneteenth celebrations, such as Emancipation Park in Houston, Texas. As families emigrated from Texas to other parts of the United States, they carried the Juneteenth celebrations with them. However, many former slaves and descendants continued making an annual pilgrimage back to Galveston on this date. A range of activities were provided to entertain the crowds, many of which continue in tradition today.

Today, some celebrations take place among families in backyards where food is an integral element. “Over patio tables dotted with half-full cans of strawberry sodas — red drinks are nods to hibiscus and kola nuts, which made their way to the Americas as part of the trans-Atlantic slave trade — revelers share the ruby-hued foods of the holiday: fiery sausages, watermelon-scented shaved ice, juicy stone fruit cobblers and barbecue,” through which participants could share in the spirit and aromas that their ancestors would have experienced during their ceremonies. Hence, the barbecue pit is often established as the center of attention at Juneteenth celebrations.

While Galveston has remained a busy site for Juneteenth events over the years, other cities, like Atlanta and Washington, also hold large events such as parades, beauty contests, musical performances, prayer gatherings, and historical and cultural readings. Although Juneteenth is not a federal holiday, many states and the District of Columbia have passed legislation recognizing the day as a holiday. In 1980, Texas was the first state to recognize Juneteenth as a state holiday, though the recognition is largely symbolic. Since then, 45 other states and the District of Columbia have also commemorated or recognized the day. In 2019, New Hampshire became the latest state to declare Juneteenth a state holiday. On June 16 this year, Governor Ralph Northam of Virginia said he would propose legislation to make Juneteenth a paid state holiday.

Now, 155 years later, there is a renewed interest in the holiday particularly following nationwide protests and unrest over police brutality and the deaths of George Floyd, Breonna Taylor, Ahmaud Arbery and other unarmed Black men and women. This month, Twitter and Square designated Juneteenth as a company holiday. Jack Dorsey, the chief executive and a founder of Twitter and Square, said the day was for “celebration, education, and connection.” Vox Media, Nike and the N.F.L. have also made similar announcements, joining others in making the celebration a paid day off. In addition to the social justice issues, this year’s fanfare has been further underscored by uncertainty as the COVID-19 pandemic rages on, disproportionately affecting the Black community. Still, many Black Americans will lean into joy as a form of resistance rather than choke on the smoke of inequality. Juneteenth is a continuation of the legacy of resilience, and a reminder of a people’s ongoing anguish. Furthermore, Juneteenth offers an opportunity for Black Americans to take a pause under banners of red, green and black, and claim some happiness, which can be itself a form of protest, as pleasure is living. President Trump had planned to hold a campaign rally in Tulsa, Oklahoma, on the holiday, June 19. However, after vociferous criticism amid the national reckoning over race and justice, Trump, bowing to pressure, announced that he would delay it for one day. Similar to President Lincoln being influenced by the social forces of the 1860s, it appears President Trump is not completely immune to the social forces of 2020.

For further reading, join me and others for a Buddy Read of Ibram X. Kendi’s Stamped from the Beginning. Organized by bookstagrammer melanatedreader, this Buddy Read begins on Juneteenth and ends on July 25. Also, a selected list of books held by the Library examining the emancipation of slaves in the United States is below. All are held in our stacks and available for circulation.

To find more related books, be sure to check the following subject headings in our online catalog. In each record, you will find more hyperlinked subjects that will lead you further into our collection, and to books you did not know you were looking for.

Forever Free: the Story of Emancipation and Reconstruction | Eric Foner; Illustrations Edited and With Commentary By Joshua Brown (2005) - 973.8 F