Home > Home > Forgotten but not Gone: Stories from Stacks 5 and 6 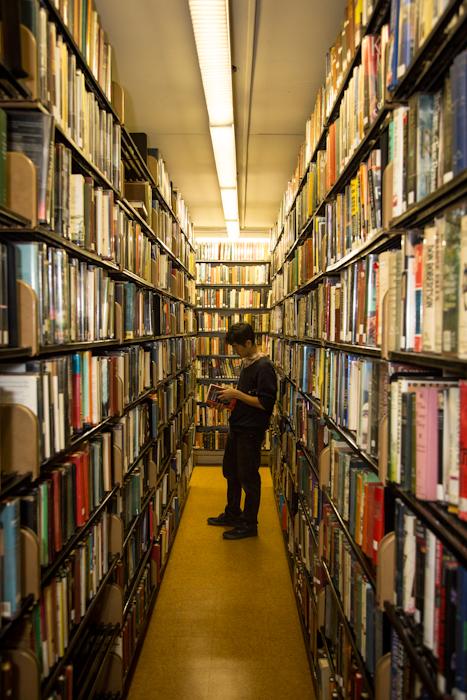 Forgotten but not Gone: Stories from Stacks 5 and 6

Wandering the fiction stacks at the Society Library, it is easy to wonder about the forgotten, prolific authors of yesterday taking up so much real estate on the shelves. Who were these authors, so popular in their time and now barely remembered? Why did their reputations languish while others lasted? Could one of these obscure authors emerge as a rediscovered sensation tomorrow?

A bit of research can reveal some interesting stories, along with challenging questions regarding canon-formation, changing tastes, and a Library’s role as guardian of its collection and reading history. It can even open a window into literary history that does not often make it to the classroom or books. A handful of these authors’ stories are outlined in this blog post. There are many more in the stacks to be explored.

One of the most exciting benefits of Library membership is access to our open stacks where surprising discoveries are always possible. Take a chance and see how these authors stand up today. The stacks are waiting.

Note: Library member Kim Davis has written a response to this piece, highlighting some of his favorite profilic forgotten authors in the stacks. You can read it here.

If any comparison could inspire interest in a previously unknown author at the Society Library, it would be to Anthony Trollope.  Archibald Marshall (1866-1934) seems to be on few reading lists these 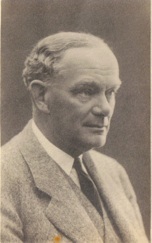 days, but a 1921 New York Times profile of the author by Herbert S. Gorman carried the bold headline “A Successor to Trollope,” and his biographer William Lyon Phelps went so far as to write, “if I believed in the transmigration of souls, I would believe that Marshall was a reincarnation of Trollope” (Archibald Marshall: Realistic Novelist, 1919).  In Gorman’s profile, Marshall admits a fondness for Trollope, and also acknowledges Dickens, James, Kipling, Hardy, Conrad, and Thackeray as influences. Much of his work seems to be set in an idyllic English countryside populated by the prosperous ladies and gentleman of his native land. A search of the TLS archives reveals that Marshall’s books were reviewed fairly regularly. Apparently, he was even more popular in the United States where his work was reviewed frequently and positively in The New York Times and The Herald Tribune. Words like “simplicity,” “realism,” “tranquil,” “placid,” are seen often in reviews, and his books were praised for their beautiful descriptions of rural England. The Society Library owns 33 of his books, most of them novels, all waiting patiently for readers to discover them.

The name J. Jefferson Farjeon (1883-1955) may already be known to mystery readers who dig deep in the stacks, but he is worth mentioning here. Farjeon's crime novels were admired by Dorothy L. Sayers, who called him "unsurpassed for creepy skill in mysterious adventures,” and he was called “one of the most undeservedly neglected of golden age detective novelists” by the British Library who saw fit to reissue Mystery in White in 2014, and Thirteen Guests and The Z Murders in 2015. The newly-revived Detective Story Club republished The House Opposite in 2016. (Our 1931 edition has not left the building since at least the mid-1990s.) Farjeon's obituary in The Times noted his "ingenious and entertaining plots and characterization." The Saturday Review of Literature called Death in the Inkwell (1942) an "amusing, satirical, and frequently hair-raising yarn of an author who got dangerously mixed up with his imaginary characters." The recent reissues have increased awareness of Farjeon’s works, but most of his 18 novels on stack 5 continue to endure neglect even in a Library frequented by insatiable mystery lovers and where many of his golden age contemporaries maintain high circulation.

Head up to stack 6, and you will find 29 novels by Josephine Lawrence (1897-1978). Throughout the 1930s, ’40s, and ‘50s, Lawrence churned out a series of very popular books that were regularly and positively reviewed.  Lawrence was employed as editor of the “household” pages of a Newark, NJ, newspaper, and letters from readers seem to have inspired the settings and problems explored in her novels. Growing old, finding a job, getting along with family and neighbors, finding a house, stretching a dollar during the Depression—the day-to-day struggles of “everyday” people in New York and the New Jersey suburbs were the subjects of Lawrence’s work.  Her talent for “capturing the trivia of human life which make up much of its meaning" (Herald Tribune) was frequently noted in reviews, and “the light Miss Lawrence brings to bear on her subjects is usually mericliess in its exposure of human weakness" (Christian Science Monitor). Years Are So Long (1934) was adapted into Leo McCarey’s wonderful film Make Way For Tomorrow (1937), a picture that Orson Welles said “would make a stone cry” and that provided the inspiration for Ozu’s Tokyo Story. Two of her books, Tower of Steel and Remember When We Had a Doorman?, are praised on the Neglected Books website. “How the culture lost sight of Lawrence is difficult to say”—Gordon Hutner, What America Read. 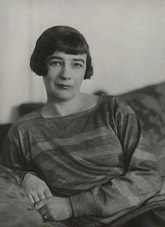 The novels of British writer Sheila Kaye-Smith (1887-1956) occupy a nice chunk of real estate in Stack 6, where 34 sit (largely) forgotten but not gone. She is known to a small band of admirers for unsentimental, accurate depictions of rural life in England, particularly in Sussex. Favorable comparisons to Thomas Hardy recur regularly in descriptions of her writing, and it has been reported that Hardy himself was an admirer. The quality of Kaye-Smith’s work seems to have peaked between 1916 and 1931, and critics seem to agree that Sussex Gorse (1916) is her finest work. Joanna Godden (1921) is her first novel to feature a female protagonist, and was reissued by esteemed feminist publishing house Virago in the 1980s along with Susan Spray (1931). Joanna Godden also gets a mention in Marion KIng's delightful history of the Society Library, Books and People (page 177), where she describes it a "powerful story of a vital Sussex farm woman," and one of the publishing highlights of the year.  In addition to her novels, Kaye-Smith also wrote poems and plays, two books about Jane Austen (with G.B. Stern, see below), and an acclaimed biblio-biography called All the Books of My Life. That the Library continued to acquire her books through four decades—from 1914 to 1956—is testament to her popularity among readers here in New York during her lifetime.

Gladys Bronwyn (G.B.) Stern (1890-1973) is best known for her “Matriarch” novels, four books published between 1924 and 1942, beginning with The Matriarch: a Chronicle. The series documents five generations of the Rakonitz family, based largely on Stern’s own cosmopolitan Jewish family. These were popular with American and British audiences as well as the subject of some critical acclaim. The books provide “a fascinating illustration of prewar, pan-European Jewry…The implicit feminism of her Matriarch series, with its historical treatment of women's issues, invites contemporary readers who appreciate strong female characters” (Colleen Hobbs, Late Victorian and Edwardian British Novelists). A few of Stern’s books were re-published by Virago in the 1980s, including The Matriarch. Stern also wrote five experimental and well-reviewed autobiographical books, as well as literary biography (Robert Louis Stevenson) and criticism, including two books on Jane Austen co-authored with an author featured above, Sheila Kaye-Smith. The Society Library owns 40 of Stern’s books. It is perhaps a cruel trick of literary fate that the most “popular” with members is The Ugly Dachshund (1938), a novel about a Great Dane who believes he is a dachshund. The novel was adapted into a Disney film in 1966.

Elizabeth Von Arnim (1866-1941), known to her contemporary readers simply as “Elizabeth,” may be the best-known author on this list. Still, it is surprising she is not read more, especially since 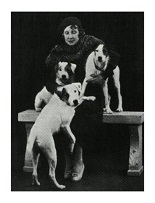 selected works were recently reissued by the esteemed publishers Virago and New York Review Books Classics. Von Arnim was first-cousin to Katherine Mansfield and part of a social circle that included E.M. Forster, H.G. Wells, and Bertrand Russell. Barbara Pym described her works as "a revelation in their wit and... dry, unsentimental treatment of the relationship between men and women.” Hugh Walpole said she wrote “some of the wittiest novels in the English language.” She published 21 novels, and the Library has 19—almost all acquired at their time of publication. The best-known and -regarded are Vera, The Enchanted April, and Elizabeth and Her German Garden. (Enchanted April has been filmed twice, in 1935 and 1991.) The Oxford Companion to English Literature singles out her work for its “descriptive power and irreverent wit…and keen sense of women's struggle for autonomy within marriage.” For more information, see this article on Von Arnim in The Independent.

Eden Phillpotts (1862-1960) was an exceptionally prolific writer, producing an average of 3-4 books per year for over 50 years—250 published works in all. (An impressive output, but dwarfed by Simenon’s estimated 390 books and John Creasey’s 550 novels.) The Library owns “just” 25 Phillpotts titles, mostly fiction, along with a book of poetry and a page-turner on stack 12 called My Shrubs.  Phillpotts's best-known works are those that make up his ‘Dartmoor cycle.’  In these novels, according to Oxford's Dictionary of National Biography, “what Thomas Hardy did for Dorset, Phillpotts did for Dartmoor…Their excellence lies in their convincing west-country dialect, their depiction of the rural experience of the local people, the author's sympathy for his characters, and, most importantly, the accuracy of their described topography… Phillpotts's prose has something of the quality of his exemplars, Thomas Hardy and Henry Fielding.”  Phillpotts also wrote loads of mystery novels, not as well-regarded today. Apparently still remembered in his native England, Phillpotts is all but forgotten here. While looking around for information on Phillpotts, I found a few references to the fact that Borges was a long-time admirer of his work (Jorge Luis Borges: Conversations, 1998).

Belloc Lowndes (1868-1947) is still remembered for her novel, The Lodger (1913), which continues to be enjoyed by members. The Lodger was the source material for Hitchcock’s third feature, which he described as “the first Hitchcock film.” Lowndes, however, wrote dozens more acclaimed works of crime fiction (reportedly all with a quill pen) and much of her work—judging by circulation data at the Society Library—is forgotten or simply ignored today. The Library has 40 novels (she published at least 70), spanning the years 1904 to 1948, revealing just how popular she was. She counted Oscar Wilde, Henry James, Graham Greene and L.P. Hartley among her friends, and was a prominent suffragist in England. She had admirers among the literati, too. Gertrude Stein recommended her to Ernest Hemingway, and in A Moveable Feast he writes of her books: “the people credible and the action and the terror never false. They were perfect for reading after you had worked.” Sinclair Lewis was a fan, calling The Lodger one of the four “indispensable” crime novels. Her books often feature female protagonists entangled in tragic circumstances that unexpectedly lead to murder. The entry on Lowndes in Twentieth Century Crime and Mystery Writers praises her “sensitive understanding of women’s problems, modern sensibility, and concern with the psychology of crime.”

Ernest Poole (1880-1950) is perhaps best-known for winning the first Pulitzer Prize for Fiction in 1918, for the novel His Family. It is his previous book, however, that is considered his best work.  Set 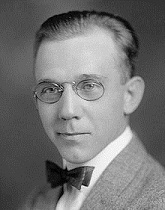 in the harsh conditions of the NYC waterfront, The Harbor (1915) is seen as a prime example of early 20th century protest proletarian fiction, complete with strikes, socialist sympathies, and youthful protagonist’s conversion to the cause. It was a critical and popular success in 1915. His Family, despite winning the Pulitzer is not remembered very much at all it seems. Poole continued to write over the decades, and his books must have been popular: we have 22 books by him, most are fiction housed in stack 6. When The Harbor was reissued by Penguin Classics in 2012, Dennis Drabelle praised its “exuberant prose” in The Washington Post and called it “valuable for its snapshot of a little-known period in American urban history, when labor agitators were making headway.” This renewed attention, however, did not inspire a Poole revival—at least not at the Society Library.

Some of the sources used to compile this piece include: