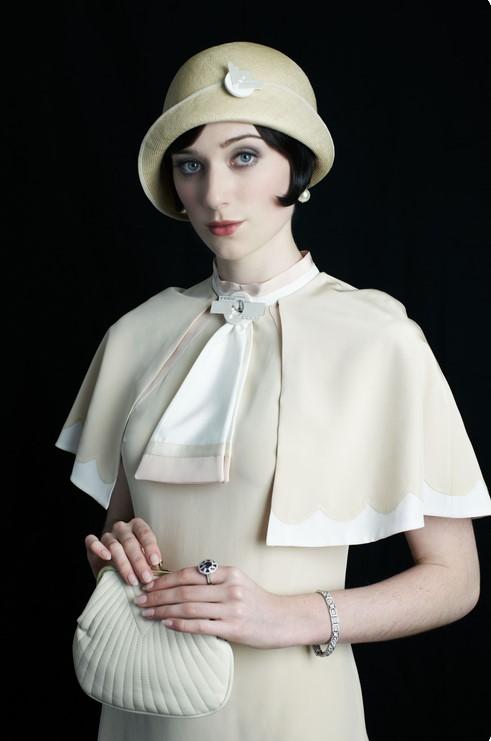 Elizabeth Debicki as Jordan Baker in the 2013 adaptation of THE GREAT GATSBY. Somebody give this lady her own book!

Headcanon Ball: Supporting Characters Who Deserve Their Own Book

We asked readers: From Jean Rhys' Wide Sargasso Sea to Gregory Maguire's Wicked, there's a fun tradition of classic side or supporting characters getting their own stories told. Who's a supporting character - classic or contemporary - deserving of their own book? (Feel free to get creative and share your headcanon if you want to!)

If anyone needs a handy definition for the word headcanon, head over to Merriam-Webster.com, where they tell us, “Headcanon generally refers to ideas held by fans of series that are not explicitly supported by sanctioned text or other media. Fans maintain the ideas in their heads, outside of the accepted canon.”

One of our respondents in fact suggested a new Holmes sequel where Watson, rather than Holmes, is the star. (Are you listening, Anthony Horowitz?) I suspect there are already several such books, although to their quality I cannot attest – feel free to tell us @nysoclib if you have a favorite. 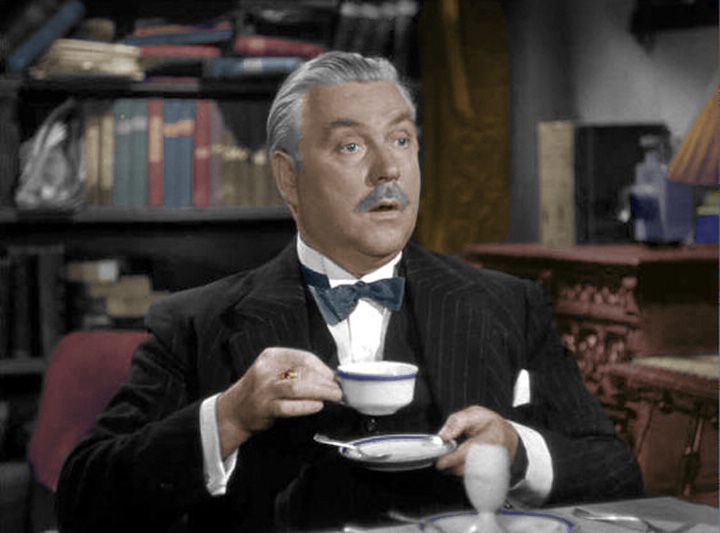 “What’s that you say? A book about me?” The classic portrayal of Dr Watson by Nigel Bruce...who, for what it’s worth, also appeared in the 1940 film of Rebecca.

Other suggestions just waiting for a writer’s pen included
Elliott Templeton (“Uncle Elliot”) from The Razor’s Edge by W. Somerset Maugham. The contributor adds, “he's my personal favorite character in that book and a novel exploring late 19th-century and early 20th-century European art and high culture from the viewpoint of an American would be welcomed by this reader.” We agree – and suspect one could get some solid research for that project done in our stacks.

Beyond “What fools these mortals be,” what does Robin Goodfellow, a.k.a. Puck, think of the events in Shakespeare’s A Midsummer Night’s Dream? Or, since he’s a fairy and presumably not bound by human time, what does he think of his portrayals over the centuries? And what mischief could he wreak with a computer? The mind boggles. 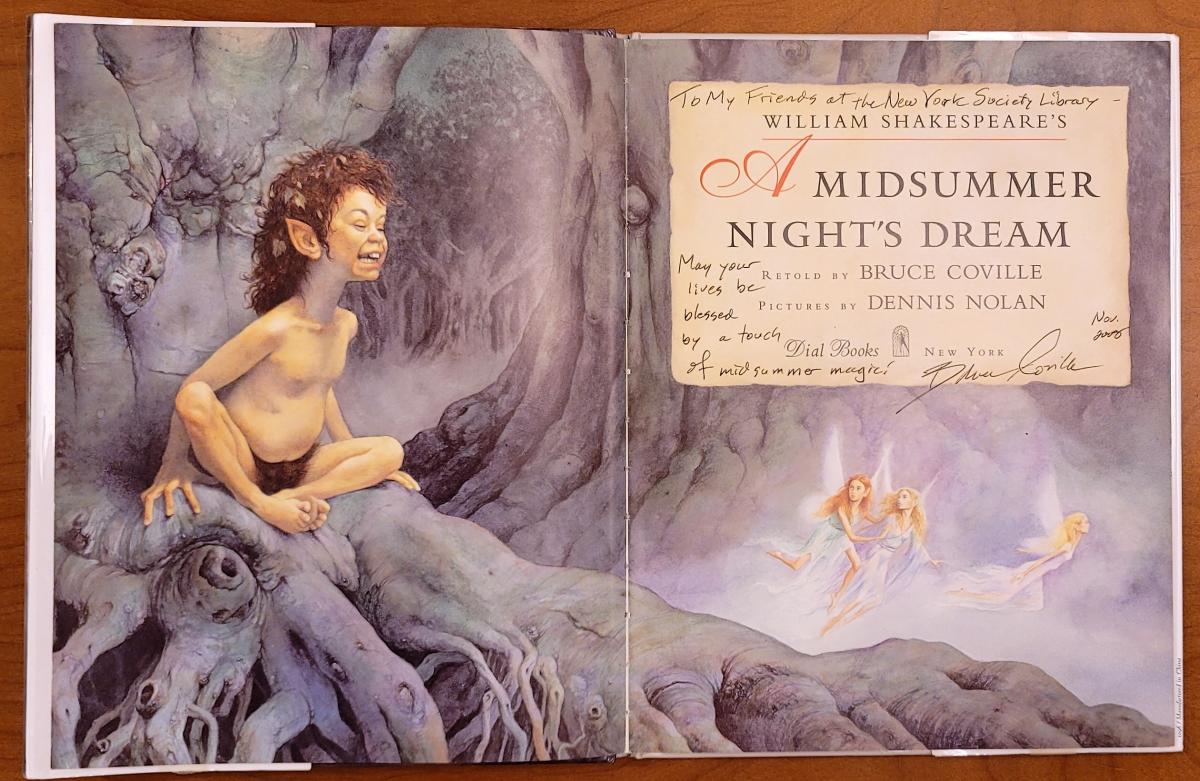 Bruce Coville’s and Dennis Nolan's beautiful adaptation of the Bard. Imagine the havoc if this little guy got access to social media.

“I like large parties. They’re so intimate. At small parties there isn’t any privacy.” Jordan Baker is the quintessential independent-minded flapper in F. Scott Fitzgerald’s The Great Gatsby. What happens to her after that book’s events – or once the Jazz Age begins to fade?

The pagan princess Angelica journeys adventurously through Ludovico Ariosto’s Orlando Furioso, then elopes to Cathay, modern-day China. An inspiring heroine for a continent-hopping postmodern picaresque, no?

There’s Daphne Du Maurier’s Rebecca. There’s Susan Hill’s well-respected revisit to Manderley, Mrs. de Winter. But why not a book about (or from the perspective of) another mysterious character, Maxim de Winter’s estate manager Frank Crawley? Is he just a trusted friend to young Mrs. de Winter, or is there more going on? Inquiring minds... 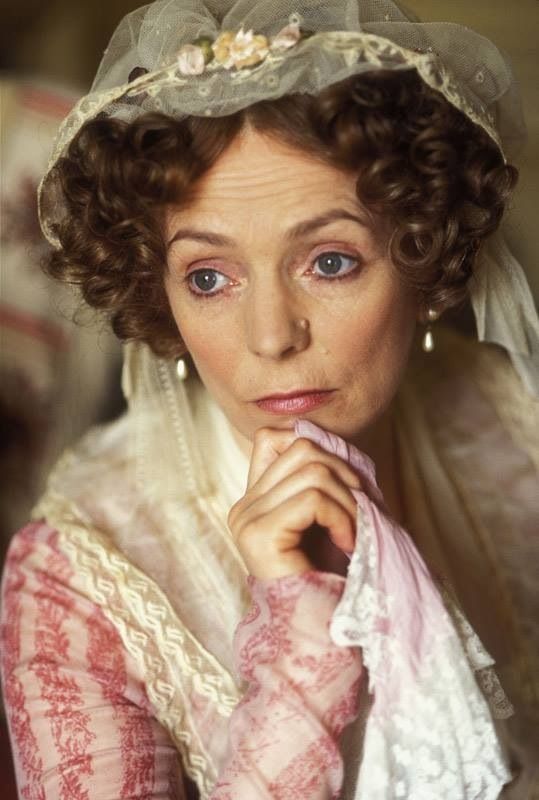 We love to chuckle at Mrs. Bennet’s importunate efforts to pair off her daughters in Jane Austen’s Pride and Prejudice. How did she end up in her affectionate but mutually uncomprehending marriage? And which of her five children was she most like in her youth? (My vote on that one: Lydia.) Plenty of authors are returning to the world of Longbourn and Netherfield – like Linda Berdoll, Carrie Bebris, and even (with zombies) Seth Grahame-Smith. High time for Mrs. Bennet to tell her own story. (Again, can’t help thinking that book may already exist - @nysoclib us if you can recommend it!) (Shown here: the endearing 1995 portrayal by Alison Steadman.)

Thank you to the contributor who mentioned Feirefiz l'Angevin in Wolfram von Eschenbach's Parzival (circa 1320)...because we weren’t overly familiar with this epic but are now adding a good English translation to the collection! (You can learn more right now from Wikipedia.) Our fun fact for the day: “Feirefiz (Parzival's half-brother) is a ‘man of many colors,’ which is why he's occasionally shown in Medieval manuscripts with a face like a checkerboard.” 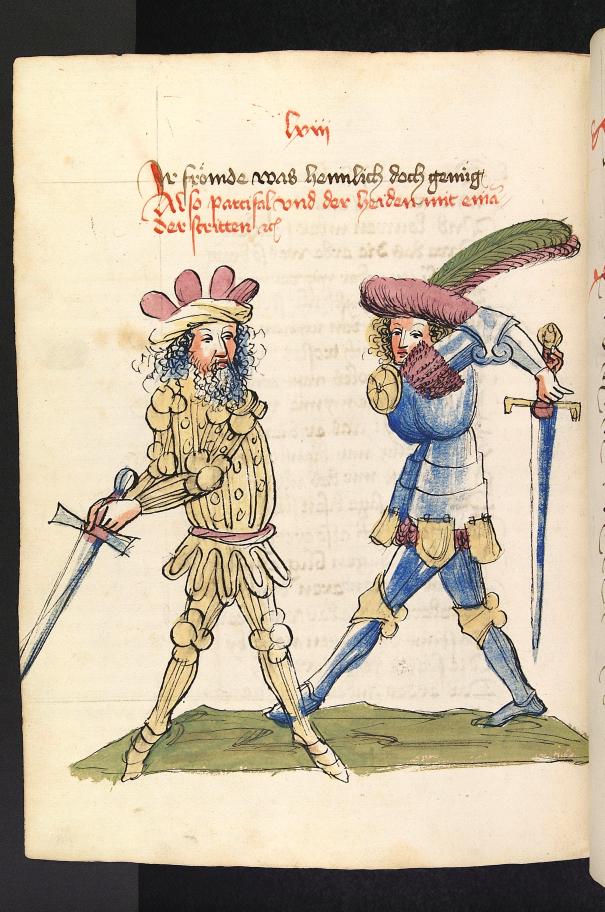 This looks uncomfortable in so many ways.

Personally, the book I want to write was sparked from the contribution “Any character from William Goldman's The Princess Bride!” The Piratical Misadventures of Inigo Montoya, here I come. (And just to boast: William Goldman was a member of this Library.)

Last but in no way least, member writer Louis Phillips tells us “The intrepid aviators who attacked King Kong as Kong clung to the Empire State Building deserve their own novel or film, opening with the immortal line spoken by Carl Denham: ‘It was beauty killed the beast.’” 1930s plane buffs, go wild! And you can start with The Making of King Kong: The Story Behind a Film Classic by Orville Goldner and George E. Turner. 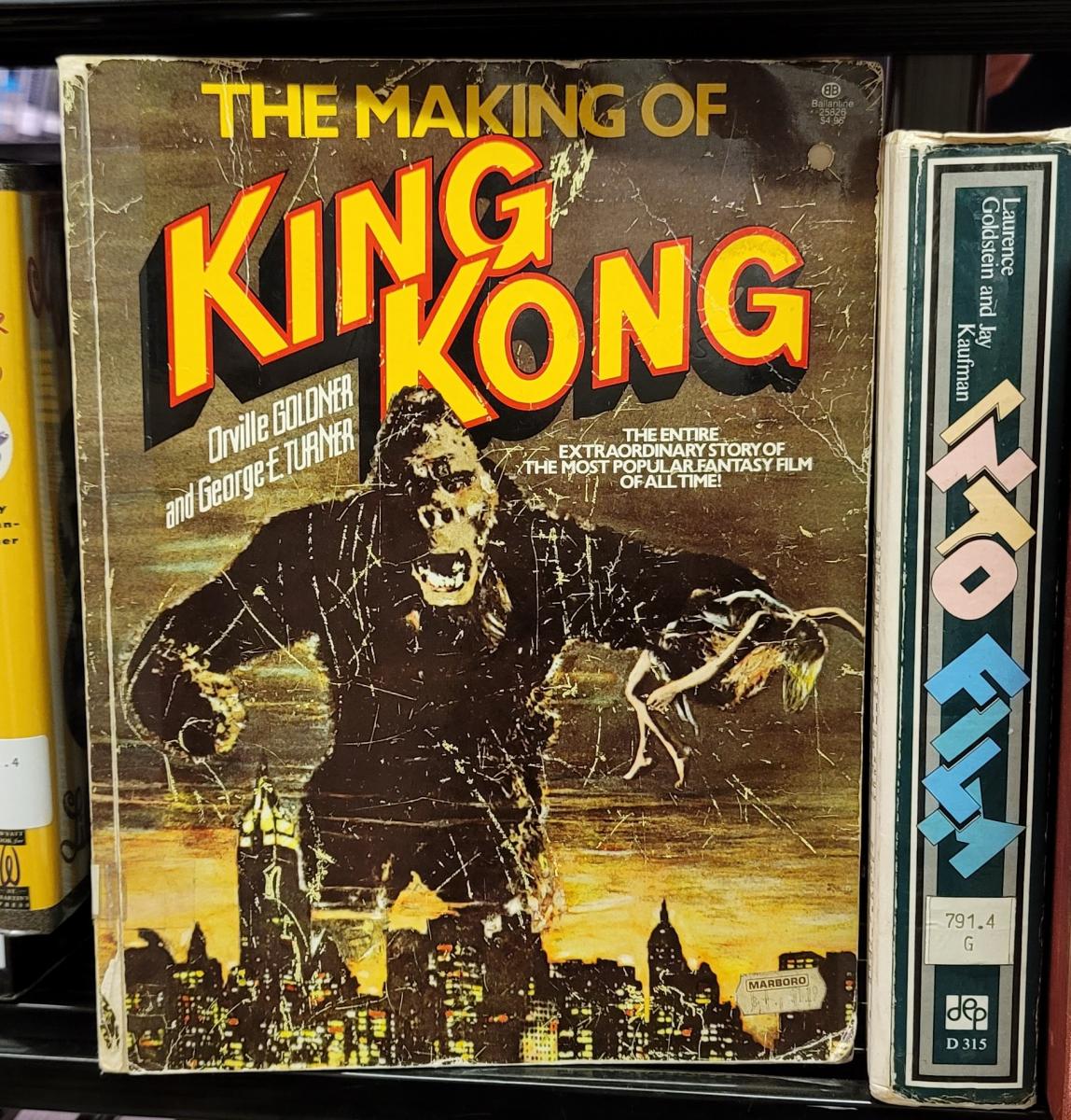 Have another side or supporting character who deserves their own book? Drop us a line on Facebook/Twitter/Instagram @nysoclib, or an email.