Home > Library Blog > In Her Own Hand: Read Elizabeth Hamilton's Letters of Grief

In Her Own Hand: Read Elizabeth Hamilton's Letters of Grief

In the weeks after Alexander Hamilton's death, his widow Elizabeth Schuyler Hamilton wrote letters to friends. Three of her own letters, as well as some others written about her and her husband, still survive in the Society Library's Manuscripts Collections today. As Adam Gopnik recently described, in one  "heartbreaking letter" after the next she politely asked her friends the General Matthew Clarkson and Richard Harison (Hamilton's partner in law, and the first US Attorney for the District of New York) to help her not only to secure employment for her son, Alexander, but also that these men to provide him with some paternal care and guidance after the death of the boy's father. What's more, letters in the Society Library's collections show that she was well looked after. In one letter from Rufus King to Clarkson, King describes Mrs. Hamilton's situation and informs his friend of progress made on behalf of the grieving family.  A second letter from King to Clarkson also reveals another dimension of the Burr-Hamilton duel: gossip and rumors.

All but one of these letters are from the Library's Goodhue Collection, which is currently celebrated in the Peluso Family Exhibition Gallery on the Library's second floor with the exhibition, Sara Parker Goodhue: A Hidden Collection Comes to Light. In addition to facsimiles of letters from John Adams and members of the Goodhue family, you can read a facsimile copy of the gossipy missive described above that Rufus King sent on to Matthew Clarkson.  In addition to the Library's Goodhue Collection, one of our Eliza Hamilton letters comes from the Harison Collection, which was donated to the Library in 1953 by Richard Harison's granddaughter, Miss Elizabeth Harison.  Like the Goodhue Collection, this set of letters is documents the exchange of news and ideas between the early American lawman and his peers, including Thomas Jefferson, Alexander Hamilton, Gouverneur Morris, and others.

We're excited to share these letters with the public for the first time ever with City Readers, our open access portal for our digitized historic collections. Click here to read them all. 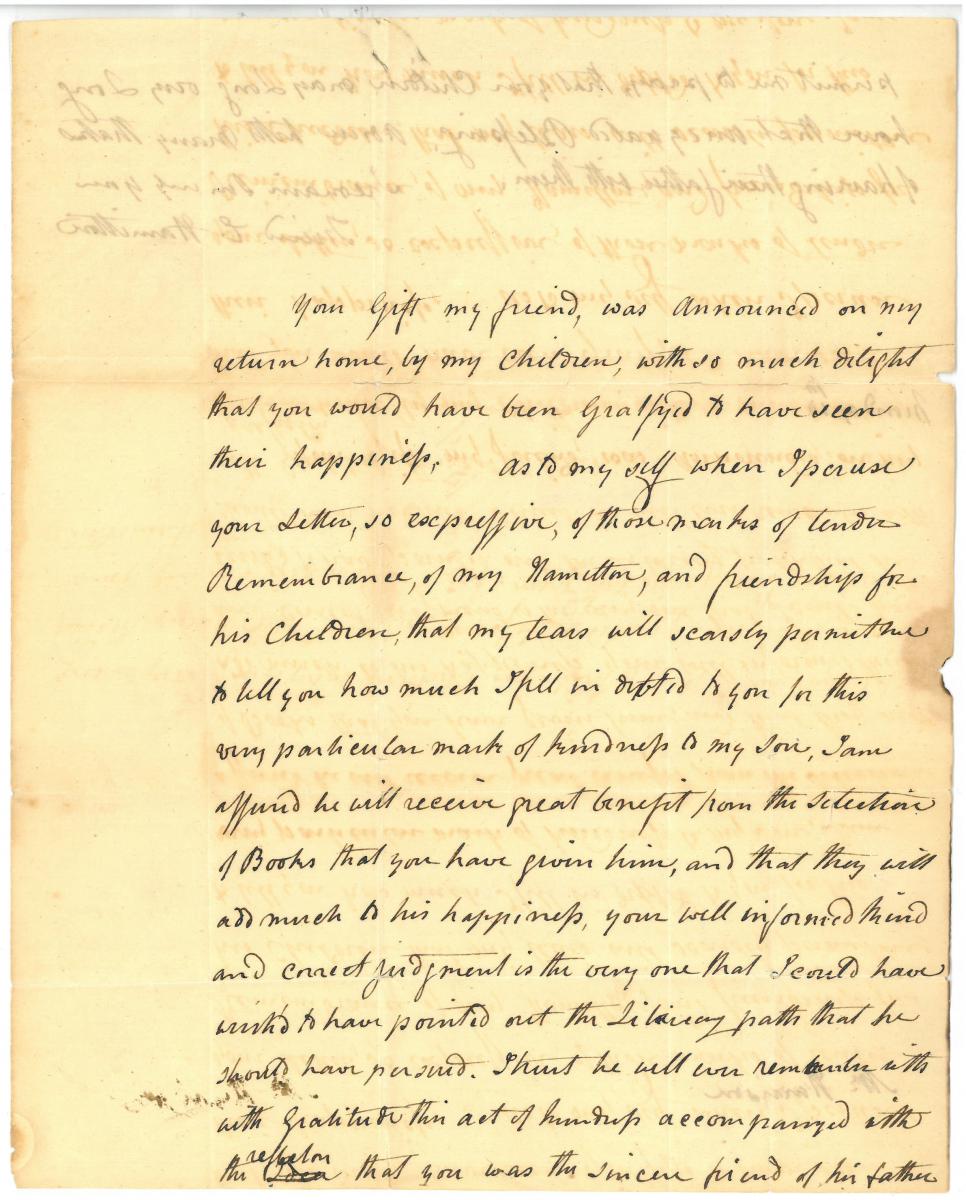