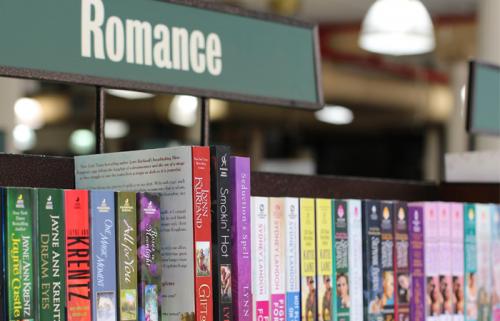 Yes, the title is true. I'm a hopeless romantic. I can tell you when it first started. It was, as always, folk tales. Ever since I was a child, I loved the tales of Cupid & Psyche, the Grimm Brothers' The True Bride, Ram & Sita (the Ramayana), Osiris and Isis, and many others. The idea of a love so powerful and strong that you would walk around the earth 7 times, a curse broken by an act of true love, meeting again after years of separation to find that the unbreakable bond has only strengthened, and many other tropes, common formulas in many love folk stories, were something I thought to be intriguing. I devoured the tales over and over again - wondering if this kind of love is possible. Most importantly, as I grew older, I realized the significance of these tales and characters told in the form of folklore, which includes memory, culture, history, and symbolism.

Animal Bride and Groom stories, for example, have concerning actions and behaviors that we should certainly always be aware of. But for it the most part they showcase how we judge others by physical appearance and hidden vanities rather than by their good qualities. The tales display the rawness of romantic relationships including arguments, misunderstandings, and struggles as well as passion, tenderness, and family.

Or the tale of the journey of Odysseus has a rather biased understanding. Many people assume he is a philanderer, but to deny immortals or beings in power, regardless of their gender, is incredibly dangerous. We see it in many examples such as Cassandra’s spurning of Apollo, who takes away her autonomy (her prophecies will be correct yet will be ignored or misunderstood). If he denies their affections, he won’t make it home to Ithaca for the glory he desires as king and veteran of the infamous Trojan War, as well as for reunion with his beloved family. Dare I say it: he does it all to survive to make it back home and is taken advantage of. (Was there even consent?). Remember that after killing the suitors who laid waste to his kingdom and the people who betrayed their loyalty to him and his family, he goes to Penelope, to their marriage bed where they meet in a brief confrontation then embrace with personal exchanges of the strife, suffering, and longing they endured. The ending always makes me tear up!

It isn’t just folktales. I still have a fondness for children’s, YA, and manga romances. The first time I was really attracted to a male character was Kakashi Hatake from Naruto, a talented ninja and the teacher of the main characters, including the titular hero. I still have a huge crush on him, to many people’s disbelief and amusement. I’ve joined various fandoms where I would collect fanart and fanfiction stories to read my favorite canon pairings and "ships" (non-canon romantic pairings) that I truly felt belong together It was hard for me to hide this. Often, I got gentle smiles and snickers when I would be found reading in the romance section of the children's and YA area. Or when I would gush about my OTP ("one true pairing") and how I wished they coupled together as, to me, they made sense to the story (among other things).

It wasn't until I was fourteen years old - the first time I read Jane Austen's Pride and Prejudice, my first classic romance novel - that I realized romance, like any genre or theme, is multilayered. In many ways, for the most part, romance is written for and by women, where they can express their innermost desires and fantasies - which is INCREDIBLE. In addition, I found out that many of my West Indian family members absolutely adore reading romance books, especially the Harlequin ones. I know many West Indie and Caribbean women who love them, including in other mediums like soap operas! It isn’t exclusive to us, but what an amazing discovery as I am still learning about my heritage!

Romance is the enjoyment of reading with a subtle emphasis on subjects including class, race, and gender issues. Honestly, I find it to be empowering. Of course, I have issues with romance as well, such as being too cliche, but no genre or theme is perfect. Despite it all, I am endlessly drawn in for more romance, and thus I claim this identity: I am a hopeless romantic!

Some reminders: Invest in Libraries. Read what you like. Ebooks in any form and audiobooks are more-than-acceptable reading platforms. Consent is important.

Stay tuned for a special IG live on our Instagram on Sunday, September 13, 2020 - 4:00 PM, where I discuss my romance pet peeves and issues as well as my guilty pleasures!