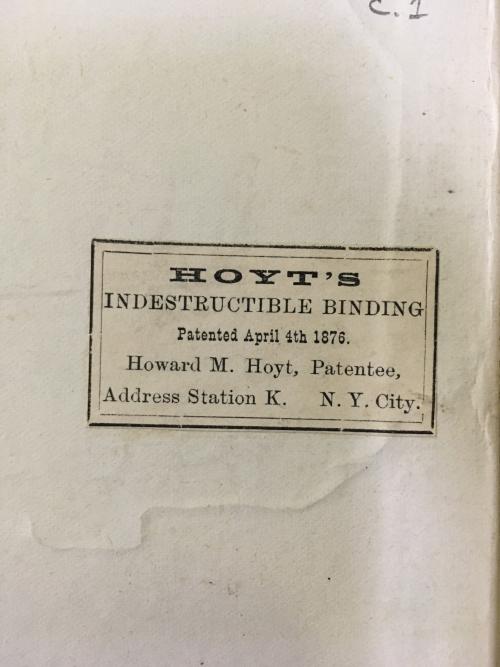 Like many of you, I have been feeling a little fragile lately. A little frayed around the edges, if you will. Wouldn't you just love a simple fix? Something quick and easy that would actually make you...Indestructible? Ladies and Gentleman, from the depths of our Closed Stacks, I bring you:

Special Collections brought this gem to my attention way back in the halcyon days of early March. This invention was advertised far and wide in 1879, though surviving bindings are relatively scarce today. This is surprising, considering its claim to supercede the "ordinary and unreliable process of binding books...." Indeed, it was advertised as "absolutely the ne plus ultra in the art" (The Library Journal, 1879). How did this invention, which eliminated the need for sewing and skilled repair, work its magic? 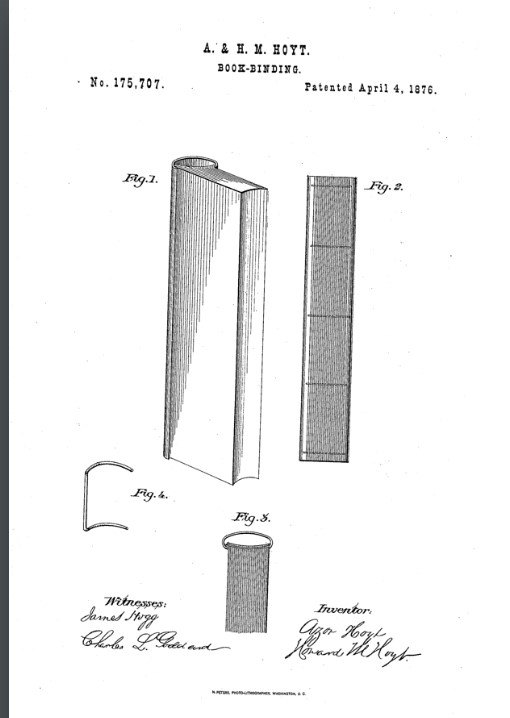 Well, I will tell you. The secret can be found in a patent filed in 1876 by Howard M. Hoyt of Yorkville, NY, and Azor Hoyt of Brooklyn. All you need to do is push some curved pins "in and through the matter." A piece of metal is then clamped around the spine. Yes, you stab the tender paper through with pins, and then force a piece of metal around the fragile spine.

It is so New York, I can barely stand it. I love it so much.

To be fair, this is not the first, or last, such binding. It is similar to a modern three-ring binder in principle. It is the sheer chutzpah of the advertising claiming to render books "indestructible to normal wear and tear" (The Iowa Normal Monthly, 1879) that tickles me.

And we should remember that the late 19th century was a time of widespread experimentation in the industrial arts. The manufacture of paper had become mechanized only recently, and the devastating impact of acidic woodpulp on the lifespan of paper would take some time to reveal itself. At the time this book was rebound, the paper was relatively new, and may have seemed durable enough to withstand repeated....stabbing. 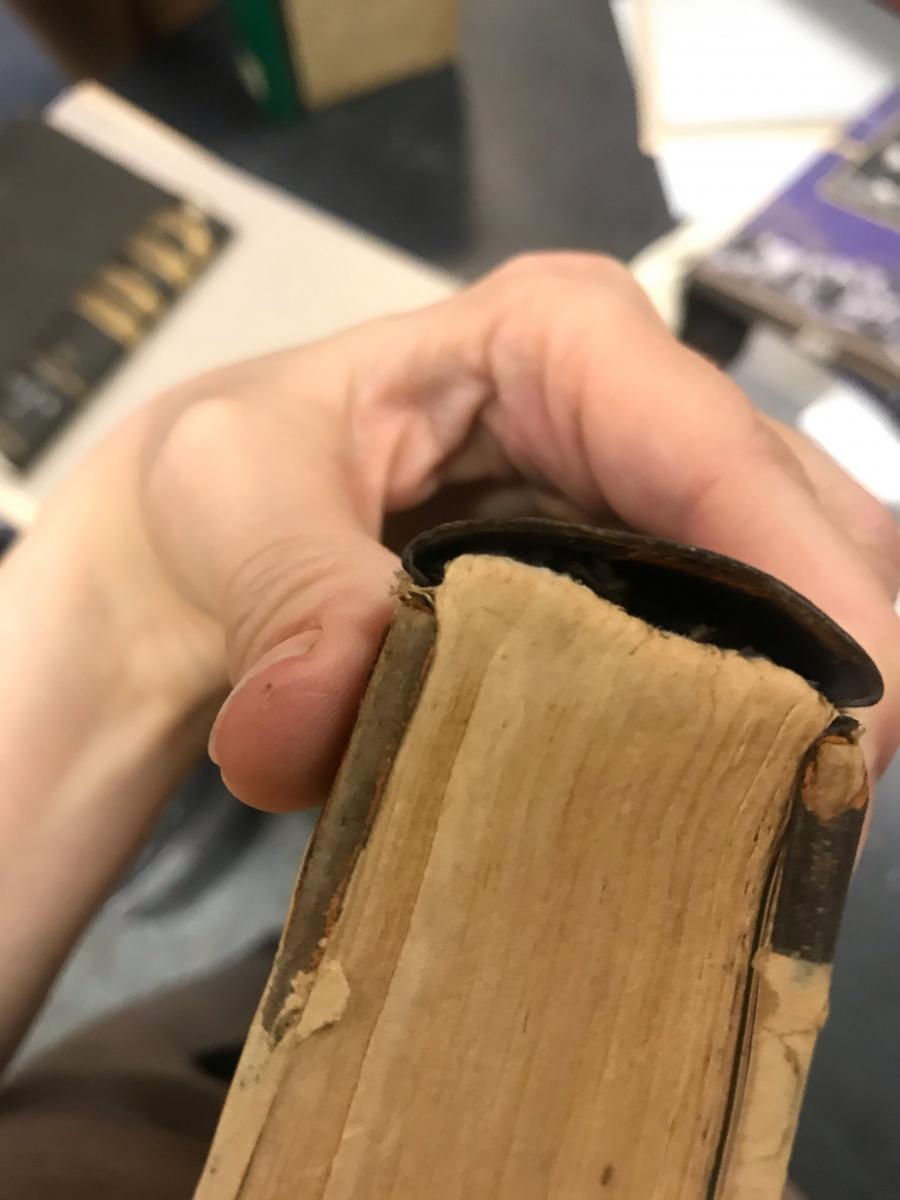 I have come across many well-meaning 19th-century repair techniques in my line of work, and though many of them are pretty brutal, I have to acknowledge when they've done their job. This book has survived over 100 years, and counting. Though it is no surprise that advertisements for this particular technique seem to have dropped off suddenly after about a year.

One last interesting tidbit - the binder Howard M. Hoyt worked at the corner of 4th Avenue (modern day Park Ave) and 82nd Street. So he was a close neighbor to the future home of the New York Society Library.

The books in our Library have weathered many changes and challenges, including attempts to make them invincible. It’s nice to remember how tough they really are.