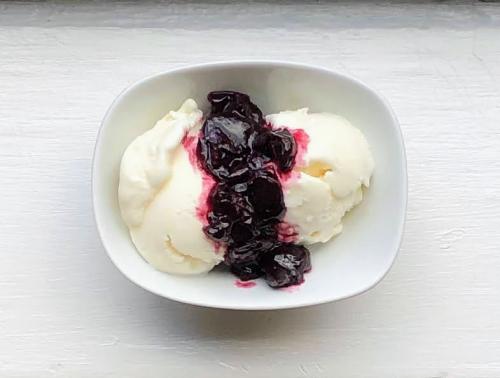 Here in New York, the heat has been brutal, and there’s only one solution: ice cream. I doubt I have to make much of an argument for why that’s the case. After all, Library members have always loved ice cream, from George Washington, who spent over $200 (roughly $5,300 today) on ice cream in a single summer, to Nora Ephron, whose perfect day was a Shake Shack frozen custard and whose last requests included a pineapple milkshake. We’re also in good fictional company—Raylan Givens is an avid ice cream fan, and Anne Shirley suggests that it’s “one of those things that are beyond imagination.” Is she wrong? As The Feast of Love tells us, “Forget art. Put your trust in ice cream.”

First, a quick rundown of what we talk about when we talk about ice cream. Your basic ice cream is, well, cream, usually mixed with some milk, often enriched with egg yolks, and churned as it’s frozen so that air gets mixed in, making it soft and scoopable. Frozen custard goes easier on the air and heavier on the eggs, resulting in a richer, denser product. Frozen yogurt is fairly self-explanatory, but a homemade version needs to be full fat in order to scoop, since low or nonfat yogurt will freeze solid without stabilizers like gum and pectin. Gelato has less fat than ice cream and is made with a higher milk to cream ratio, sometimes without cream at all, which requires a warmer serving temperature but makes it more flavorful. Sorbet skips the dairy entirely, usually using fruit purees as a base, while sherbet is similar, with just a small amount of milk. 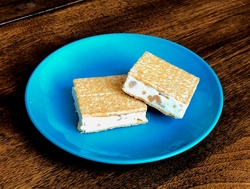 The easiest way to make any kind of ice cream is with an ice cream machine. Simply prepare and chill your base (custard, yogurt, fruit purée, what have you), add it to the machine, and let it churn until it reaches the consistency of soft serve. At this point, you can add any mix-ins, such as cookie dough, chocolate chips, nuts, chopped candy bars, or some sort of swirl, like the peanut butter in peanut butter honey ice cream. Then pack it into a container of some kind (I use plastic tubs), and let it cure for several hours or overnight.

If you don’t have an ice cream machine, you can achieve similar results with any technique that introduces air into the base as it freezes. Modernize the Wilder family’s approach by using a hand mixer to beat the cream in a bowl nested in ice and salt, or put the whole thing in the freezer and remove it periodically to give it a vigorous stir. Kids might get especially excited about the ice cream in a bag method demonstrated by former assistant children's librarian Pete Fey. Any one of these can be a fun science project that explores why salt lowers the temperature, how the amount of air changes the texture, and what keeps the ice cream from freezing like ice. Some people swear by freezing the base as ice cubes and blending them afterwards, but I’ve never felt that it crystallizes properly. If you want something you can stick in the freezer and forget, I suggest a semifreddo, which is a frozen mousse as easy as whipped cream mixed with condensed milk. 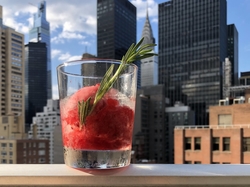 Once you’ve got the basics down, the real fun is in experimenting to tailor your ice cream to your exact tastes. A couple tips I’ve learned along the way: adding cocoa will make your ice cream softer, so you may want to lower your freezer temperature. The same goes for alcohol, as in rosemary gin plum sorbet. Because freezing food dulls the taste, you'll also want to err on the sweeter side while mixing your ice cream base. For the same reason, I usually use goat’s milk yogurt in my froyo so that the tanginess comes through—my recipe is just sweetening a quart and throwing it directly into the machine, then letting toppings like fruit preserves shine against the creamy blank slate.

I usually eat my ice cream straight out of the bowl or, if I’m impatient, the tub itself, but when I do take the time, I never regret scooping it into a cone, spreading it into ice cream sandwiches, or going full sundae. If you’re feeling ambitious, you could even do a whole ice cream cake or pie. However it’s served, it won’t be long until we’re all screaming for ice cream.