The John Sharp Collection at the New York Society Library 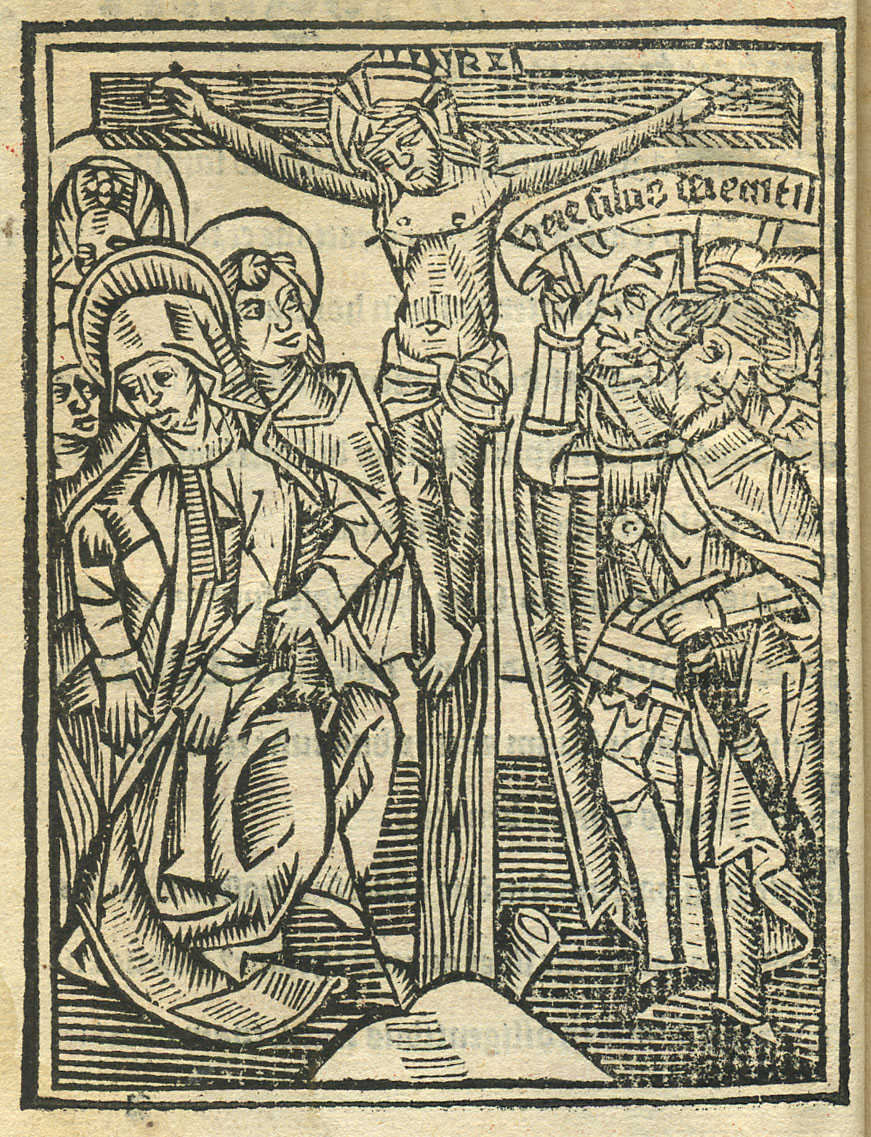 The John Sharp Collection of theological books has been a part of the New York Society Library since its founding in 1754. The Special Collections Department is pleased to announce that the Sharp Collection is now fully cataloged online for the first time.  This is the first of a two part introduction to the collection (read part two here), providing an overview of Sharp's life and work in the American colonies between 1701 and 1713.  The next post will introduce readers to the collection itself, with a focus on how Sharp acquired his books and the collection's history here at the Library.  Comprised of books printed from the 15th through the 18th century, the Sharp Collection was donated to the City in 1713 by the Reverend Sharp, who specifically intended it for public use.  It is perhaps the only library of colonial New York to survive the Revolutionary War largely intact.  The collection today consists of 149 titles bound in 130 volumes, many surviving in original bindings with personal markings by Sharp and other former owners, from bookplates and title-page inscriptions to detailed marganalia.

Much of what we know about Sharp comes from the autobiography he wrote on the first two pages of the journal he kept between 1704 and 1713.  The journal survives today at the Historical Society of Pennyslvania, and you can consult it in digital form on their website.  In addition to this brief biographical sketch, the journal records his daily activities, and contains lists of people he baptized and married in America.  The contents of the journal were transcribed and published in the Pennsylvania Magazine of History first in 1899 and then, in two parts, in 1916 (part 1 and part 2).

A Scotsman, John Sharp was born to Reverend Alexander Sharp (d. 1709) and his wife Anne Douglass on May 15, 1680.  By age twenty, Sharp had earned his MA at the University of Aberdeen, and was ordained as a minister in London in 1701.  On July 3, 1701 he boarded a ship bound for Virginia, arriving there on September 8.  He immediately traveled on to Maryland, where he worked with Reverend Thomas Bray and the Society for the Propagation of the Gospel in Foreign Parts (hereafter, S.P.G.). 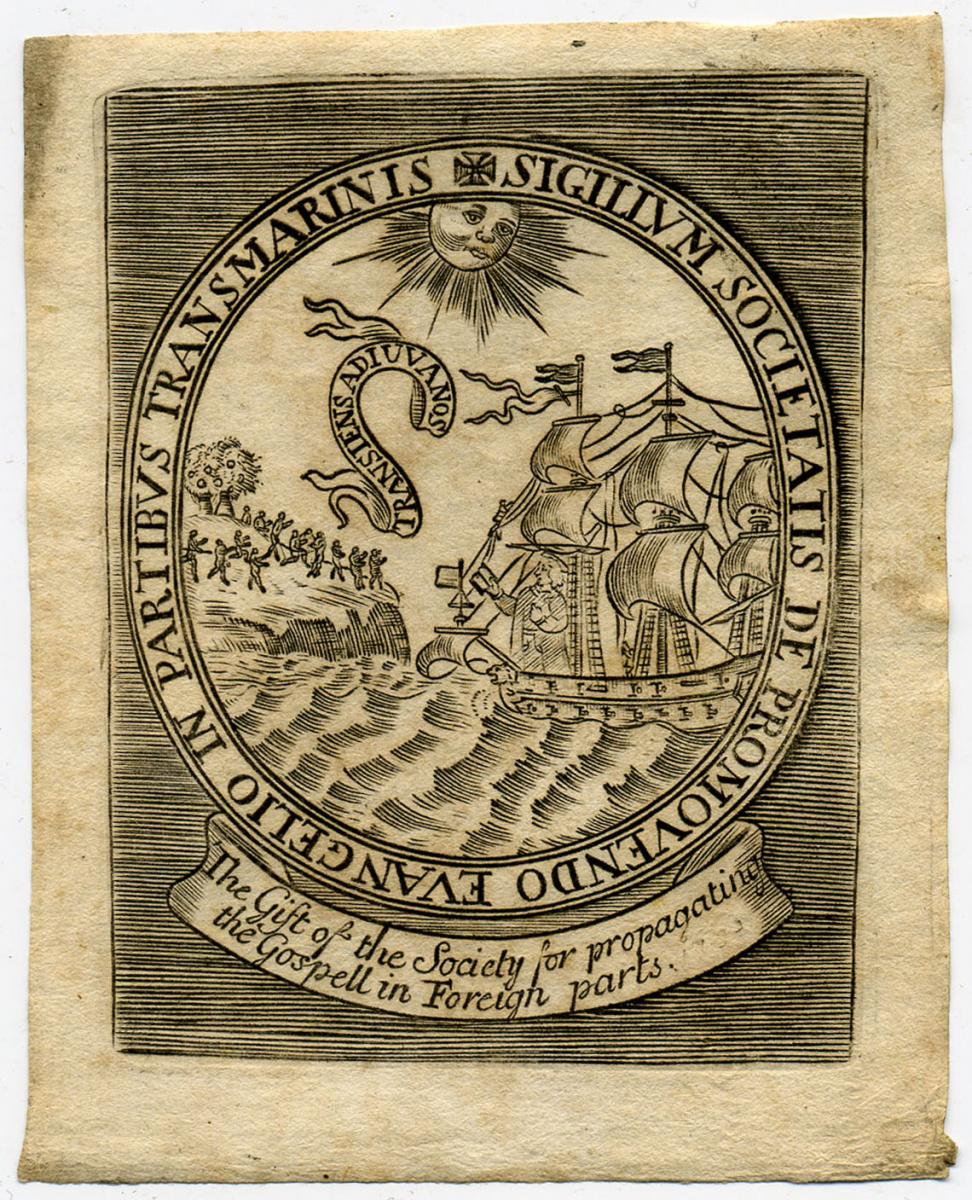 From 1702 to 1703 Sharp served as the rector of Broad Neck Parish, Arundel County, Maryland (now St. Margaret's Episcopal Church, Annapolis), and then worked for a year at Snow Hill Parish (now All Hallows Episcopal Church, Snow Hill), Worcester County, Maryland.  In late 1703 or early 1704, Bray and Sharp quarreled, apparently over money, and parted ways.  Sharp did not record the dispute in his diary, but Austin Baxter Keep's History of the New York Society Library notes a description of the quarrel in a letter from Rev. Henry Nichols in Pennsylvania to S.P.G. treasurer, Rev. Philip Stubbs in London, advocating for Sharp to receive payment for his work.  After the dispute he hastily moved to New York, and after doing evangelical work in New Jersey with Rev. John Talbot, he was appointed Chaplain of her Majesty's Forces in the Province of New York by Governor Edward Hyde, Lord of Cornbury.  He lived in the City for about ten years, preaching with William Vesey at Trinity Church and traveling frequently to preach to troops in upstate New York.  In 1710, he married Margarita Dreyer, and returned to England three years later to visit his elderly mother and devote himself to raising money for the public library he hoped to found in New York City.

In addition to his diary, Sharp left a number of traces behind that illuminate his evangelical work and book collecting in greater detail.  Three manuscript copies of Sharp's "Proposal for erecting a school, library, and chapel at New York" still survive, and one of these is held in the Manuscripts Division of the New York Public Library.  Two more copies survive in England, at the Lambeth Palace and Bodleian Libraries.  These are three of at least five copies written out by Sharp, four of which he distributed in England.  The NYPL copy contains a list of individuals who received a manuscript, according to which he left one copy in New York with Elias Neau, to be given to New York Governor Robert Hunter.  He also distributed three copies in England to John Robinson, the S.P.G., and Francis Atterbury.  The NYPL copy records some provenance information, with several late 18th century inscriptions by James Grant, possibly the colonial governor or English vicar.  A thorough study of Sharp would require consultation of all three surviving manuscripts, which appear to vary from copy to copy.  The copy in the Lambeth Palace Library was conveniently transcribed and printed by the New-York Historical Society their annualCollections of the New York Historical Society for the Year 1880.

Sharp's "Proposal" traces the roots of the collection that survives at the Society Library to his vision for a public library.  The NYPL and Lambeth Palace copies both contain catalogs of books Sharp had already acquired for his library. The former, and more substantial, catalog is dated 1715, the latter dated 1713 (more on these catalogs in the next post).  It also documents his ideas for his project, and his motivation for taking it on.  Sharp explicitly states that the commercial heart of the City pervades all apsects of life, and that there was a general lack of proper education among the general public.  "The Genius of the people so inclined to merchandise," he wrote, "that they generally seek no other Education for their children than writing and Arithmetick."  The manuscripts also provide some insight into Sharp as a person, and his experience of colonial life in New York: part of the "Proposal" is devoted to the establishment of the library as part of a school and small church that would be made available to clergymen wishing to preach to and convert African slaves and Native Americans, as well as local free children.  In his discussion of the school and Elias Neau, the man he hopes will someday run it, one catches a glimpse of an intensely compassionate and open-minded man, who saw all men as equals in the eyes of God regardless of race.  Sharp's concern for enslaved Africans and Native Americans also reflects an important aspect of early New York history: in the early 18th century, twenty-percent of New York residents were enslaved.  In his manuscript, Sharp reflects on the slave revolt he witnessed in the City on April 6, 1712, and bemoans the fact that the school where slaves were receiving instruction from Elias Neau was condemned as the place where rioters met and planned the attack.

According to the manuscript, Sharp intended to dedicate himself to raising funds for his New York school and library while in England, and seems to have made some effort to do so.  After 1716 (the latest dated signature in one of the books in his collection), however, Sharp's life recedes into darkness.  But surprisingly much remains of this obscure early New Yorker, and my next post will explore what is by far the most substantial material testament to his life: his books!