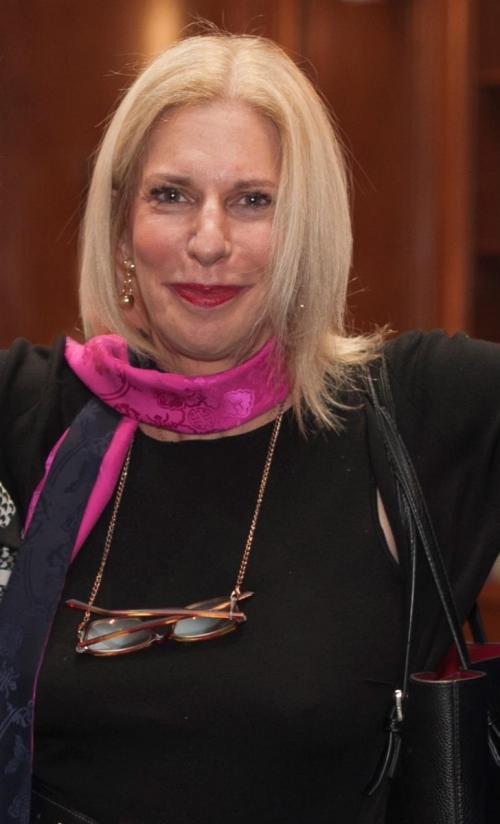 The Library is very pleased to announce the election of Ellen M. Iseman as the new Chair of the Board of Trustees. Ms. Iseman, who joined the Library's Board in 2006, was elected by fellow trustees at their mid-December meeting. Carol Collins Malone, Chair since 2016, has stepped down from that position effective now but will remain on the Board.

Ellen currently serves on the Executive Committee of the Library Board, the Lecture and Exhibition Committee and the Committee on Trustees. Previously, she also was a member of the Development Committee. She has supported the Library's New York City Book Awards for a decade.

Ellen is an honors graduate of Yale College. Upon graduation, she worked on the National Security Council transition and in the State Department's Bureau of East Asian and Pacific Affairs. She subsequently earned a master's degree from Columbia University's School of International and Public Affairs, with a focus on international economic policy.

Ellen studied foreign literature as her major in college and speaks French and Spanish. She has worked in a dozen countries as a vice president for corporate affairs and communications at American Express Company and as president of Issues Management International, a New York-based communications consulting firm that she founded. She is a member of the Authors Guild and has written more than 30 articles for publication, including op-eds for The New York Times.

Trevor O'Neill, Ellen's late husband, was a graduate of Yale Law School and the Yale School of Forestry & Environmental Studies and was a practicing attorney in New York City. Their son is pursuing a master's degree in Russian and East European Studies at the University of Oxford.

Ms. Iseman said: "Especially in a public health crisis when New York City has suffered, I am honored to become Chair of the Board of New York's oldest cultural institution, which has such a rich history and holds great promise in the years ahead. There is so much we can do, for our Library members and in the community, with our deeply committed Board led so ably by Carol Malone, a wonderful Head Librarian, Carolyn Waters, and staff, and a robust and involved membership. I appreciate the confidence that has been placed in me and look forward to helping to advance an array of important projects and programs."