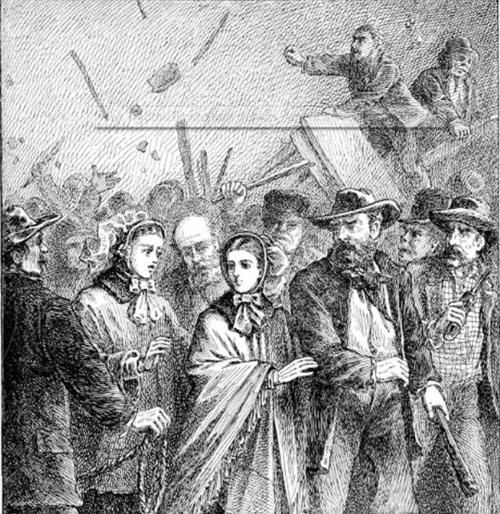 Reflecting on the Library’s exhibition Women Get the Vote: A Historic Look at the Nineteenth Amendment, and the research in which curator Harriet Shapiro and I were immersed, I know that what I learned of the lives of the suffragists will stay with me as memorable books and experiences do. Now that we have finally returned to circulation - available to check out! - the books that we used, following are a couple that most informed my understanding of two well-known suffragists, Lucretia Mott and Elizabeth Cady Stanton. 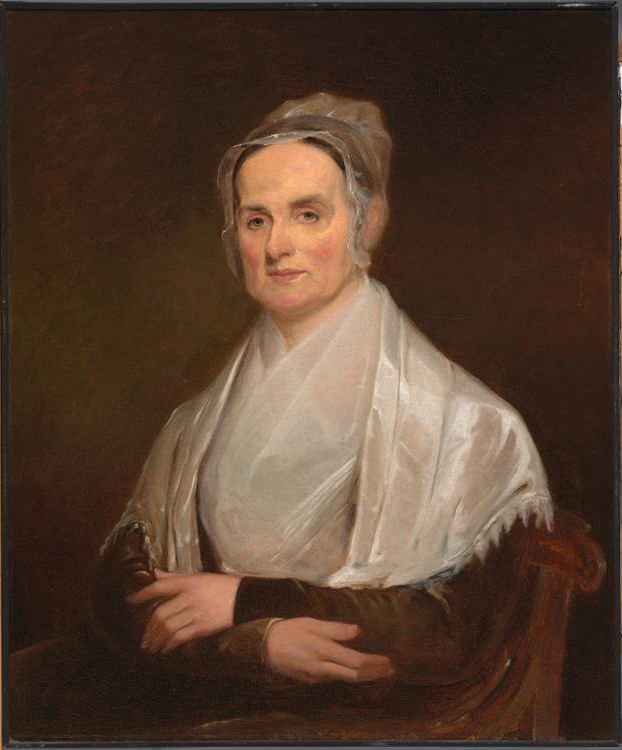 This traditional and well-researched biography from 1958 draws from Mott’s letters and diaries and from reports of organizations with which she was involved.

Mott was born Lucretia Coffin in 1793, the second of five children including four girls. Learning about her early life shed a great deal of light on the principled, gracious, and eloquent multi-tasker she would become. Her precise handwriting was mastered from work written over and over in her copybook, including the lines, “No act is good, that dost disturb thy peace, or can be bad which makes true joy increase.” These were words she would never forget, and indeed they seem to have exemplified the centering strength of her convictions. When violence erupted as a reaction to the Anti-Slavery Convention of American Women in Philadelphia in 1838 and threatened to spread to the Mott home, she was steadfast. In her own words, she felt “willing to suffer whatever the cause required.”

Children in the Coffin household in Nantucket were busy in addition to their lessons. Their chores included getting water from the neighborhood pump, repairing and repurposing garments, and tending the shop run by their mother, Anna, which she operated from their home. These lessons of thrift and hard work stayed with Lucretia Mott throughout her life, even after her husband, James, was a successful merchant in Philadelphia.

Mott is described, in heading her own family’s household, as someone who “could rarely fold her hands in idleness.” Author Cromwell cites many personal and public writings on Mott, including one from family friend Richard Webb saying “She is proof that it is possible for woman to widen her sphere without deserting it.” A Pittsburgh Gazette correspondent wrote that there was “not in the United States another woman who could approach Lucretia Mott” as an orator or in intellectual attainments, gifts she would use to the fullest in furthering the causes in which she believed.

Eighty Years and More was both an enlightening and entertaining way to learn about Elizabeth Cady Stanton’s remarkable life and accomplishments through her own voice. The certainty of her tone was delightful in relating her knowledge on many subjects. It was often during my reading of this book that colleagues would hear me chuckling, just waiting to be asked to share a passage.

Time she spent as a young woman with other like-minded reformist youth at the home of her cousin Gerrit Smith (whose house was part of the Underground Railroad), reveal her to have had a playful and lively nature, happily taking part in games, jokes and romps. This was something not as easily found in other writings about her, which naturally focus on her more serious side, those driving aspects being what propelled her to devote so much of her life to the causes of women.

The range of her expertise ran from parenting to the psychology of anti-suffragist men. In speaking of press reaction to her first speech before a legislature (New York’s) in 1854, she describes small country newspaper editors “whose heads were about the size of an apple.”

Her remembrances of childhood are mostly of an idyllic nature until the age of eleven, when her older brother died shortly after graduating from Union College. As was a recurring theme among the brilliant women we researched for the exhibition, Stanton’s father lamented that with her great mind, she had been born a girl. She decided “Then and there...to study and strive and thus delight my father’s heart,” which she continued to do well into her adulthood, even with her speech before the legislature.

After she married Henry Stanton in 1840, the couple set sail for London for the World Anti-Slavery Convention (where she would meet Lucretia Mott). Describing the trip over, her confidence is again on humorous display as she tells the story of an “excessively proper” gentleman and fellow passenger who thought she “needed considerable toning down before reaching England.” After telling him he could “polish me up as speedily as possible,” she complied until deciding with her husband that they “were as nearly perfect as mortals need be for the wear and tear of ordinary life.”

The chapter on motherhood was probably the most fun, as she related not only more know-how than her own nanny and pediatrician, but told stories of helping the desperate parents of crying children on trains. She believed that to reprimand a crying child was to “silence the watchman on the tower,” and she was not shy about getting to the bottom of what was ailing those that crossed her path.

Stanton’s many years of speaking before the public for the rights of women and traveling extensively to do so take on new life as they are so tactually described. This was the book that made me feel like I really had a sense of what she was like, and that sense is what we are always striving to present through exhibitions here at the Library.