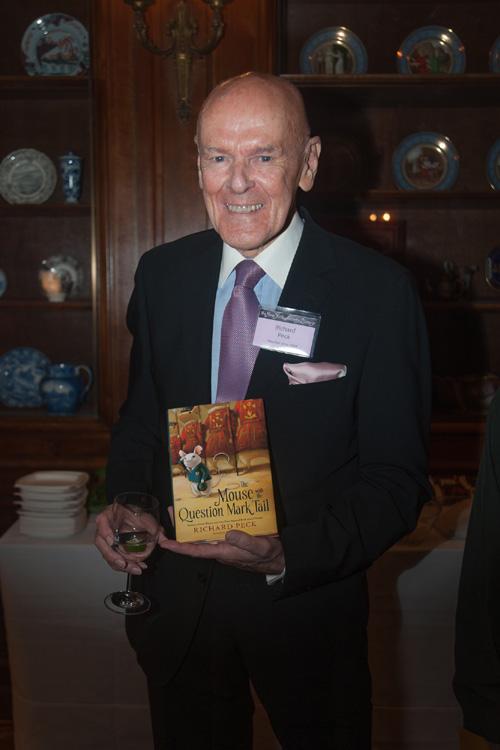 We are deeply saddened by the death of beloved author Richard Peck, a recipient of the National Humanities Medal, a towering figure in the world of children’s and young adult literature, and a member of the Society Library for over 30 years. Critically acclaimed and frequently honored, Mr. Peck’s books are enthusiastically enjoyed by readers of all ages.

Richard Peck demonstrated his love and support for the Library in many ways. He was an especially great supporter and champion of the Children’s Library. During the whirlwind day in 2001 on which he won the prestigious Newbery Medal for A Year Down Yonder, he took time to stop by the Library after his appearance on the Today show, not only to return checked-out books but also to introduce himself to the recently hired Children’s Librarian, Carrie Silberman (and to thank her for having purchased the book before he had won the award)!

Mr. Peck was a frequent presence in the stacks and reading rooms throughout the Library. He made it known to as many as possible that his books—over 40 for children, young adults, and adults—were born in the Library, through extensive reading and research. Sharing advice and camaraderie, he also championed the careers of other authors in the children’s and YA field, several of whom he met at the Library.

Library staff and members of all ages were fortunate to be in the room when Richard Peck spoke—about his books, about writing and research, and about the importance above all of being a reader. With an earlier career as a teacher, he had mastered the art of captivating his audience. Mr. Peck spoke eloquently, elegantly, and with crisp wit as he painted a picture with words. We’re pleased to be able to share with you his last presentation at the Library in 2016, upon the publication of his final novel, The Best Man. 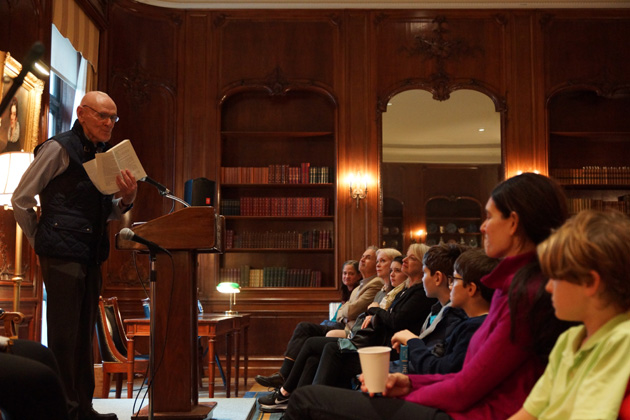 Richard Peck was the featured speaker at our biannual party welcoming new members in 2014. There he shared an ode to the Library. It made many of us in the room cry. You can—should—read this love letter to the New York Society Library. 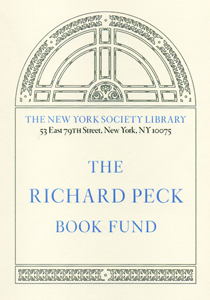 The loss of Richard Peck will be felt for a long time. It is with deep gratitude that we will always remember his legacy—his generosity, his talent, and his tales shared with the Library and with readers and writers throughout the world.