Home > Library Blog > We Will Remember Them Too: A Memorial Day Miscellany 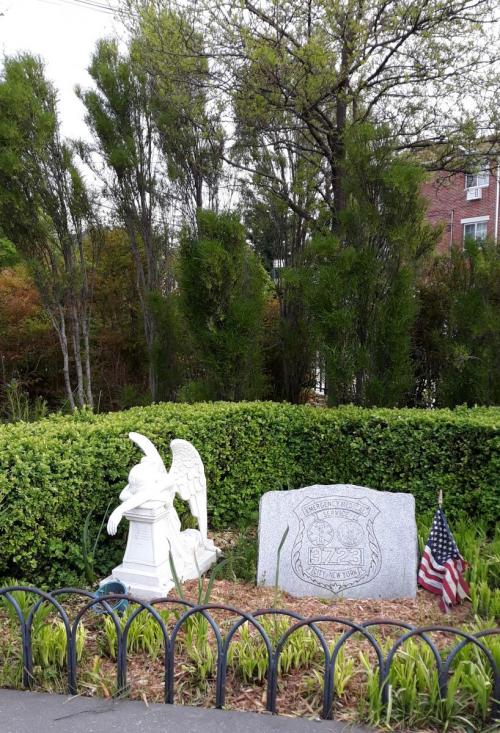 We Will Remember Them Too: A Memorial Day Miscellany

In observance of Memorial Day, the Library is closed Saturday, May 25, Sunday, May 26, and Monday, May 27.

About a block from my house is a tiny park with an oddly Victorian statue honoring Carlos R. Lillo, an EMS paramedic killed at the World Trade Center on 9/11. Memorial Day was founded in May 1868 to remember those who died in America’s armed forces, and I guess 9/11 victims shouldn’t really count. But it’s this lesser-known name who puts me in memorial mind daily. In that vein, here are a just a few books memorializing those who may have been omitted by mainstream histories.

Jeffrey T. Sammons and John H. Morrow Jr. | Harlem's Rattlers and the Great War: The Undaunted 369th Regiment and the African American Quest for Equality
This monumental volume takes up for the First World War a theme we’ll see again in later conflicts: how Black and other minority soldiers fought both for their country and for respect in it.

Lynn Dumenil | The Second Line of Defense: American Women and World War I
In tracing the rise of the modern idea of the American "new woman," Lynn Dumenil examines World War I's surprising impact on women and, in turn, women's impact on the war.

Elizabeth Cobbs Hoffman | The Hello Girls: America’s First Women Soldiers
In 1918 the U.S. Army Signal Corps sent 223 women to France to help win World War I. Elizabeth Cobbs reveals the challenges these patriotic young women faced in a war zone where male soldiers resented, wooed, mocked, saluted, and ultimately celebrated them. Back on the home front, they fought the army for veterans’ benefits and medals, and won.

Kate Moore | The Radium Girls: The Dark Story of America's Shining Women
“They paid with their lives; their final fight was for justice,” says the tagline of this book commemorating a really unexpected set of veterans – women who manufactured glow-in-the-dark instruments that saved lives in World War I – at the cost of their own.

J. Todd Moye | Freedom Flyers: The Tuskegee Airmen of World War II
Moye draws on more than 800 oral history interviews for the inside story of the now-famous Army Air Corps program for Black pilots, which helped prove that racial segregation of the fighting forces was counter to the war effort.

Linda Hervieux | Forgotten: The Untold Story of D-Day’s Black Heroes, at Home and at War
A barrage balloon team might seem to have it easy in combat, but the 320th Barrage Balloon Battalion were some of the first on the beaches in France, coming from difficult circumstances including poverty and the army’s prejudices to demonstrate remarkable valor. The glimpses of their lives overseas – where, for the first time, Jim Crow didn’t run the show – also make for entertaining and mind-opening reading.

Scott McGaugh | Honor Before Glory: The Epic World War II Story of the Japanese American GIs Who Rescued the Lost Battalion
This is the story of the 442nd Regimental Combat Team, a segregated unit of Japanese American citizens that finally rescued the famous battalion lost behind German lines deep in the mountain forest of eastern France. Their unmatched courage and sacrifice under fire became legend – all the more remarkable because many had volunteered from behind the barbed wire of Japanese-American internment camps that still held their families.

For more on the 442nd, there's a Project MUSE e-book:
Minoru Masuda | Letters from the 442nd: The World War II Correspondence of a Japanese American Medic
Seattle-born pharmacologist Masuda writes vivid and lively letters to his wife, Hana, capturing daily life among the legendary regiment in beautiful, brutal WWII Europe.

Alvin Townley | Defiant: The POWs Who Endured Vietnam’s Most Infamous Prison, the Women Who Fought for Them, and the One Who Never Returned
Townley commemorates the suffering of the “Hanoi Hilton’s” resistance leaders and their families, and commemorates in particular Air Force Captain Ronald Storz. A powerful story of survival and triumph, Defiant will inspire anyone wondering how courage, faith, and brotherhood can endure even in the darkest of situations.

Jim Sheeler | Final Salute: A Story of Unfinished Lives
Pulitzer Prize-winning journalist Sheeler weaves together the stories of those fallen in Iraq, the broken homes they have left behind, and a Marine tasked with notifying their next-of-kin.

Kimberly Dozier | Breathing the Fire: Fighting to Report – and Survive – the War in Iraq
As an award-winning CBS News reporter, Dozier had devoted her career to being in the right place at the right time to capture the story. On Memorial Day in 2006, a routine mission ended with her in a pool of blood on a Baghdad street, a victim of a car bomb that killed her team. Her memoir of grueling recovery and loss reveals the ordeal of countless veterans.

Helen Thorpe | Soldier Girls: The Battles of Three Women at Home and at War
America has been continuously at war since the fall of 2001, and a sizeable percentage of American soldiers sent overseas in this era have been women. Soldier Girls is the groundbreaking account of three women deployed to Afghanistan and Iraq, and how their military service affected their friendship, their personal lives, and their families.

Nick McDonell | The Bodies in Person: An Account of Civilian Casualties in American Wars
Since the beginning of the wars in Iraq and Afghanistan, uncounted thousands of civilians have died in the fighting, and as a result of the destruction. These are deaths for which no one assumes responsibility, and which have been presented, historically, as fallout. No one knows their true number. Nick McDonell introduces us to some of the civilians who died, along with the rescue workers who tried to save them, U.S. soldiers grappling with their deaths, and everyone in between. Thanks to member Timothy Burroughs for this recommendation. 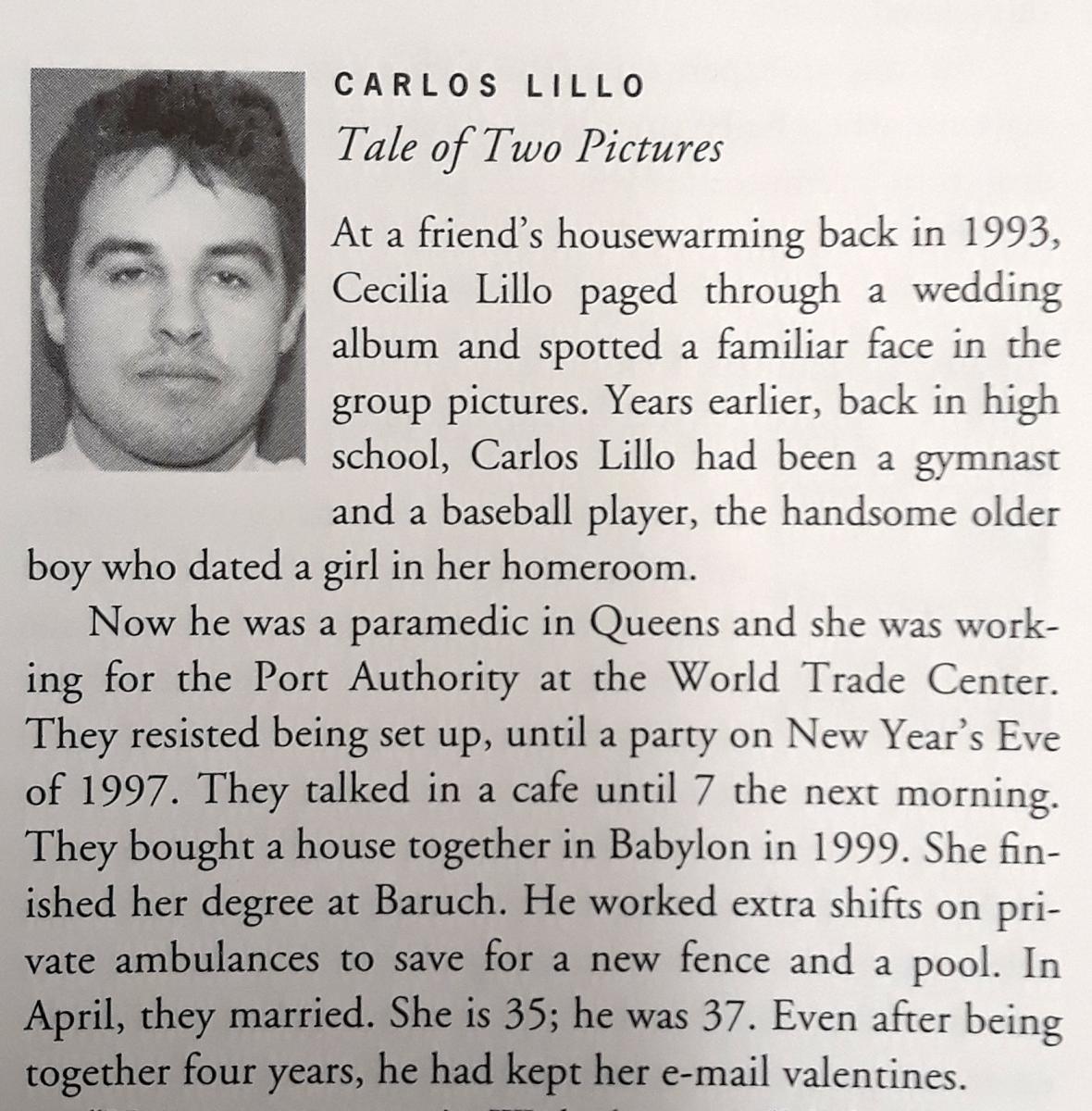 And here's Mr. Lillo, commemorated in the New York Times' Portraits: 9/11/01, which can be found right alongside so many memorial volumes in Stack 1 and Stack 2. Have a book-filled and meaningful Memorial Day.