Home > Library Blog > What We Are Reading Now Part 2: The Most Popular E-Books, March - June 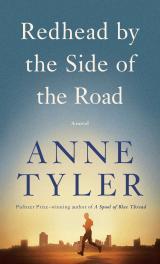 What We Are Reading Now Part 2: The Most Popular E-Books, March - June

Librarians are a curious bunch, with a tendency to monitor book circulation the way a meteorologist tracks storms or a stockbroker watches the market.  Since the Library closed in 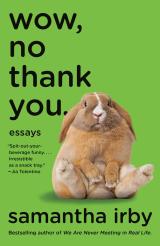 response to COVID-19, we have published occasional looks at what members and staff are reading while settling in to this new stay-at-home reality. The first, One Last Dash to the Stacks, chronicled what books were checked out during the hectic last weekend we were open in mid-March, providing a revealing portrait of our members' tastes. Later in April, we published What We Are Reading Now, featuring a fascinating array of responses from members and staff.

Now we present a list of our most popular ebooks and audio-downloads (based on holds and checkouts) from March 16th to July 9th. Our Cloud Library collection has been popular with members since we began offering it in 2015. However, during the Library's mid-March to late-June closing, checkouts increased by 79% compared to March - June 2019.

Unsurprisingly, new literary fiction and mysteries dominate the list below, with NYSL perennials like Anne Tyler, Hilary Mantel, Donna Leon, and Richard Ford appearing frequently, as well as younger acclaimed authors like Emily St. John Mandel, Brit Bennett, Emma Straub, Amina Cain, and Kimberly McCreight. Surprise appearances include Diana Athill's memoir Stet, originally published 20 years ago. Athill is always popular at the Library, but I was still surprised to see Stet appear on a top-20 list now. Madeline St. John's The Women in Black, a comedy of manners originally published in 1993, has built a cult following over the years and counts Hilary Mantel among its enthusiastic fans. It appears in the number 11 slot 27 years after its first publication, its humor clearly needed now. 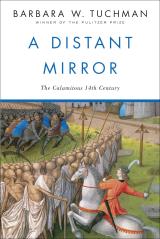 appear throughout to remind us—if one can forget—that we are living in dark times. (Katherine Anne Porter's excellent Pale Horse, Pale Rider, set during the 1918 pandemic, narrowly missed the top 20.) That Journal of the Plague Year and a new Grisham novel appear on the same top 20 hit parade seems a testimonial to the fact that we are living through an exceptional moment.  Finally, it would not be a Society Library list without a Golden Age Mystery (Ngaio Marsh's Clutch of Constables) and an appearance by Barbara Pym.

The Library opened on June 22 for book requests and curbside pick up from 11 AM to 4 PM daily. But if you can't get to the building, remember that the Cloud Library is available from anywhere and never closes. If you have not signed up to use the Cloud Library, visit this page to get started or email help@nysoclib.org if you have questions. If you are unwavering in your commitment to reading physical books, all of the titles below are available in our print collection. E-mail requests@nysoclib.org to reserve a book.

2.     The Splendid and the Vile: a Saga of Churchill, Family, and Defiance During the Blitz - Larson, Erik

4.     Dirt: Adventures in Lyon as a Chef in Training, Father, and Sleuth Looking for the Secret of French Cooking - Buford, Bill | The Glass Hotel - Mandel, Emily St. John | The Mirror & the Light - Mantel, Hilary 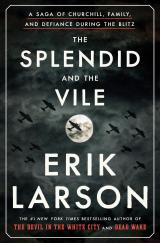 9.     Sorry for Your Trouble - Ford, Richard | Flu: The Story of the Great Influenza Pandemic of 1918 and the Search for the Virus that Caused It - Kolata, Gina | Normal People - Rooney, Sally

11. The Secret Guests - Black, Benjamin | A Journal of the Plague Year - Defoe, Daniel | The Women in Black - St John, Madeleine

15. The Benefit of Hindsight - Hill, Susan | A Thousand Moons - Barry, Sebastian | The Boy from the Woods - Coben, Harlan 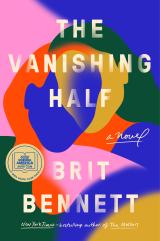