Home > Home > What Were the Presidents (and Vice-Presidents) Reading? 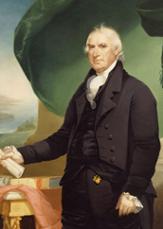 What Were the Presidents (and Vice-Presidents) Reading?

If you've spent any time at the Library, you've probably heard us bragging about George Washington's use of our collection. For this Presidents' Day - and with the help of our amazing new electronic resource, City Readers - we dug a little deeper into the reading history of local presidents and vice presidents.

John Adams was, of course, Washington's veep before he succeeded him to the presidency. He, too, worked in NYC's Federal Hall and used our collection during that time. Adams checked out Elements of Criticism by Henry Home, Lord Kames, before it was cool: the book circulated anemically before becoming a hit in 1802. Members who checked it out practiced a broad range of occupations, including that of our Head Librarian at the time, John Forbes. 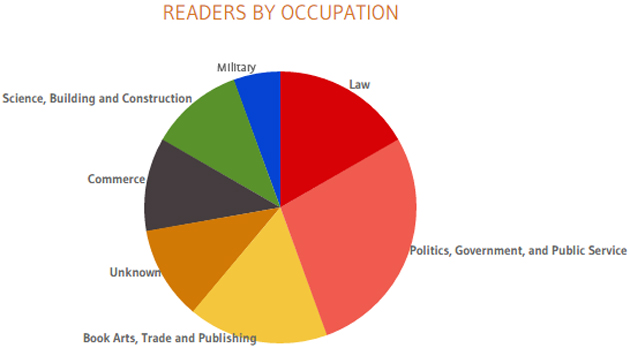 And no wonder: Lord Kames was a major figure of the Scottish Enlightenment whose protegés included Adam Smith and David Hume. In true Enlightenment style, Elements of Criticism questioned accepted rules and sought to humanize literature. The book is still in our collection. (Click on the title page for a larger image.) 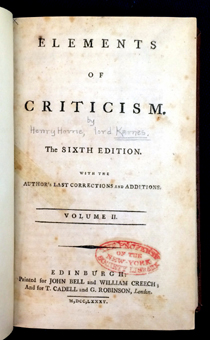 We also love to brag that both (Secretary of the Treasury) Alexander Hamilton and (Vice President) Aaron Burr used our collection. Burr's membership outlasted his controversial time in office, but a majority of his 135 checkouts happened in his first year as Thomas Jefferson's veep. Authors of interest include Edward Gibbon, Voltaire, Rousseau, and James Boswell, and his reading ranged from travel narratives (by Ann Radcliffe, among others) to science (Margaret Bryan's A Compendious System of Astronomy and Lavoisier's Chemistry).

George Clinton (shown in sidebar) succeeded Burr in the Jefferson administration and became one of only two double-administration vice presidents when he returned to the office under James Madison. Clinton intertwined his times in national office with service as governor of New York State. Our records suggest that Clinton made a valiant stab at the complete works of Tristram Shandy author Laurence Sterne but petered out during 1791. He held onto volume four of ten for six months, incurring a twelve-shilling fine, and didn't check out any of the later volumes. Perhaps life in Albany was just too hectic. On the other hand, the librarian recorded that a younger Clinton picked up the first volume under their family membership. Perhaps it's the son who ran out of Sterne steam.

The fourth governor of New York State, Daniel D. Tompkins, became vice president under James Monroe. His Library records date from before his governorship, from 1799 to 1805, but they suggest that he and his family were monster readers. One hundred sixty-nine checkouts are recorded for him in 1804 alone, twenty-one times more than the average user. 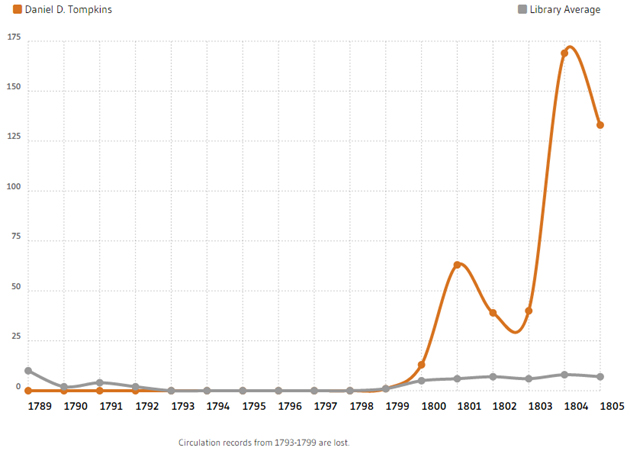 Among a handful of learned works, dozens of gothic novels catch the eye with titles like The Gipsy Countess and Rash Vows; or, the Effects of Enthusiasm. Tompkins' membership would also have included his family. Possibly his wife, Hannah Minthorne Tompkins, was the dedicated reader of romance - or maybe both of them bonded over The Sorrows of Edith.

These are just a few of the fascinating details to be gleaned from City Readers. Have you looked up your favorite public figure, ancestor, or eighteenth-century author? It's one of the many fun and educational activities available on our website whether the Library is open or closed.

This article was co-authored by Matthew Bright.