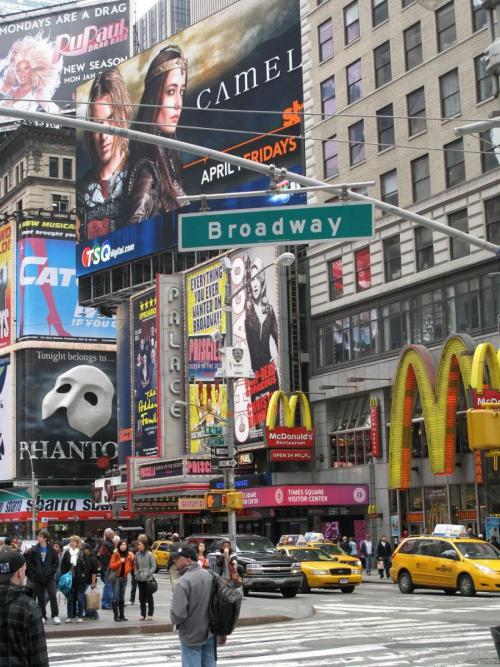 You Loved the Show, Now Read the Book

Picture this: You are in New York City and you love all things Broadway and off-Broadway. Maybe you love musicals - you know every cast album by heart, perhaps even a dance number that you love to perform in the privacy of your home or to loved ones. (Bonus points if you do so on Instagram Reels and/or TikTok.)

There are many kinds of shows and you may find exactly what you wish for. No matter how many times you watched them, it’s always magical (at least, that’s how I feel) to invest in a few hours engaged in a performance full of talent, from the performers to the director.

If you just can’t get enough of a beloved show, here are some of my favorite performances of all time, with thematically adjacent book recommendations that you may love just as much. Some even have books that they are inspired by or rendered from, but all of them are books with similar themes, genres, character arcs, etc. Enjoy!

The Phantom of the Opera debuted in 1988 and is now Broadway’s longest-running show. Feel free to read the 1910 French mystery horror novel and the show's libretto here OR I recommend the new Cult Classic: A Novel by Sloane Crosley - a romantic thriller filled with mind control and ghosts (or are they really?). Unlike Phantom, it’s hilarious!

The Lion King. I’ve literally seen this 25 times and will continue to do so. It’s based on Shakespeare’s Hamlet (here’s my favorite edition) OR a book for you is The Marvellers by Dhonielle Clayton, a middle-grade debut story full of rich worldbuilding, akin to a certain magical school, and a powerful coming-of-age story on being true to oneself, despite the  burden on one’s own shoulders.

If you enjoyed Pippin, a story of a prince who is trying to find significance and meaning (hard same), you may enjoy Embrace Fearlessly the Burning World: Essays by Barry Lopez, introduced by Rebecca Solnit, a collection of essays on the magnificence of nature and how (mainly) human interventions are impacting the planet. Fun fact: Although Pippin’s main character and his father King Charlemagne are characters derived from two real-life individuals of the early Middle Ages, the plot is fictional and offers no historical accuracy whatsoever.

Did you read You Made A Fool of Death With Your Beauty: A Novel by Akwaeke Emezi yet? This may be your next read if you enjoyed Hadestown, obviously a rendition of the tragic myth of Orpheus and Eurydice. The book is about love, grief, life being a chaotic AND beautiful mess, losing a loved one, and finding yourself again with a perspective that makes me feel like Eurydice may be telling her side of the story in a refreshing way.

The Witch’s Heart by Genevieve Gornichec (an ebook) may be a great choice after watching Wicked, where you follow Angrboða, a fantastically powerful witch (in Norse mythology, she’s a jötunn) who is feared and exiled for her refusal to share her knowledge of the magical arts. She falls in love with Loki, but their love and their families’ existence is put in grave danger due to her powers returning.

Spamalot is a personal favorite of mine, as I remember a couple of family members from both sides, Jamaican and Italian, going to Broadway together and laughing hysterically at various scenes. (The Rabbit of Caerbannog scene is my personal favorite, so iconic.) If you love big laughs with an inclusive setting and characters as a science fiction YA retelling of the King Arthur legend, Once & Future by Amy Rose Capetta and Cori McCarthy may be the book for you!

Into the Woods, my sister’s favorite play, is fantastically laugh-out-loud, but also a complex tragic and hopeful narrative, where several Brother Grimm fairy tales are intertwined together. You can read the musical and book itself here. However, as a folklore lover and an amateur folklorist, I recommend reading the fairy tales that inspired this narrative. My recommendation (and there are many) is The Original Folk and Fairy Tales of the Brothers Grimm: The Complete First Edition by Jacob and Wilhelm Grimm; translated & edited by Jack Zipes; illustrated by Andrea Dezsö.

Cats (another favorite from my childhood – my favorite song is 'Macavity, the Mystery Cat' – mum’s the word on the 2019 film adaption) is based on Old Possum's Book of Practical Cats by T.S. Eliot, a delightful collection of poems for cat lovers, written for his grandchildren. The Broadway performance vaguely reminds me of Chaucer's The Canterbury Tales, where the tales are presented by a traveling group of pilgrims in a battle for who is the best storyteller and wit, the stories ranging from raunchy to hysterically funny.