Home > Library Blog > You Odyssey This Post: Paths Into Folklore 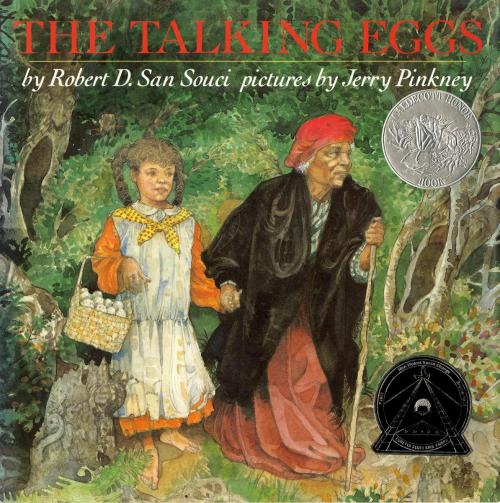 So you want to understand folklore a bit more? Have no fear, I am more than happy to share my book recommendations and thoughts on this wide-ranging and fun subject. Feel free to email me at mmonda@nysoclib.org with any questions, suggestions, or comments.

To start with: what is folklore exactly?

Folklore is the cultural expression(s) through which individuals and groups shape and pass down a shared identity. It includes narratives, jokes, myths, epics, food, celebrations, law codes, costumes, legends, fairytales, and the like.

British antiquarian William John Thoms (1803-1885) coined the term folklore in 1846 to describe 'the manners, customs, observances, superstitions, ballads, proverbs' and other materials 'of the olden time.’ He was inspired by the Brothers Grimm and, presumably, the German word Volkskunde, which means folklore. Scholars describe folklore in the categories of material (e.g., creation of quilts); verbal (myths, legends, you name it); and customary (i.e. foodways, superstitions).

As you can see, folklore includes stories (such as myths and legends, fairytales, ballads, etc.). Still, in many countries, folklorists of various levels dive deeply  into the realms of ethnology - anthropology, religion(s), sociology, and similar studies - to understand various aspects of storytelling.

I describe folklore not as stated above, but as the story of us. The stories are passed not only by word of mouth but by various storytelling methods, from music and dance to the written word. Similar mythic ideas appear in various places. For example, the concept of monsters, tricksters, and mermaids are found in, if not all, many different places. Mermaids appear in many countries, from the Netherlands to the Caribbean. However, we often see mermaids in a West European frame. Fairies (or faeries, the Seelie and the Unseelie courts, fae, Little People, etc) have a similar rap.

Folklore is always evolving. Not only are we seeing renderings of different tales, but we’re discovering older stories that we may have never known before, as well as creating new ones. The digital world of social media and video games has been creating new characters. I’m positive that with the age of social media, including reels on Instagram, we will see a new wave of mythos; we are experiencing it right now.

I can go on (trust me), however, there is so much to consider and discuss, and even then, we will barely touch the surface of it all. Until then, here are several books on folklore that gave me some understanding of the subject.

*Keep in mind here:  Most of these books are in the Western Canon. Most well-known folklorists and ethnologists happened to be white and cis men. I won’t speak for everyone else, but I think we should give them credit where credit is due. That said, there has been a history of Otherism, whitewashing, and various other mistreatments (to put it mildly). Personally, I prefer hearing, for example, Jamaican folktales and legends from a Jamaican folklorist. However, I don’t like to gatekeep. Just be cautious and look into the correct resources as much as possible - for example, look into the National Library of Jamaica for ideas.*

Anything by Joseph Campbell - here’s an extensive collection of most of his work.

The Uses of Enchantment: The Meaning and Importance of Fairy Tales by Bruno Bettelheim (1976)
Read with caution: We include this book due to some valid points and its historical significance, without endorsing Bettelheim’s problematic aspects.

Folklore, Memoirs, & Other Writings by Zora Neale Hurston; edited by Cheryl A. Wall (1995)

The Fairy Tellers: A Journey into the Secret History of Fairy Tales by Nicholas Jubber (2022)

From fairytales and ancient myths to epic poems, we will always have new books that give us varying interpretations and translations. After all, well-known stories are, in themselves, inspired by folklore.  A few suggestions:

Circe: A Novel and The Song of Achilles by Madeline Miller
From Greek mythology, particularly Homeric Poems.
Online resources can be found here.

The City of Brass by S.A. Chakraborty
Set in a fantastical 17th century Middle East, the book reminds me of The Arabian Nights and it reads like an epic.

Books by and presented by Rick Riordan - check them out here.
Rick Riordan Presents features worldbuilding stories that display Mayan, Cuban American, Greek, African American, and Egyptian mythologies, and a few others. I’m pretty sure we will have more perspectives coming up - how exciting!

Legendborn by Tracy Deonn
I featured this book in a previous post, but it is such a stunning continuation of the Arthurian legends.
By the way, book two, Bloodmarked, is coming out this November!

An Orchestra of Minorities: A Novel by Chigozie Obioma
Speaking of Homeric poems, the book is clearly The Odyssey, and it gives a tender look at the relationship between Odysseus and Penelope, which I rarely find.

The Land of Stories (ebook, set) by Chris Colfer
Colfer describes the series as a “modern fairy tale” and I would agree. It contains numerous tropes such as the protagonist(s) going on a journey, good vs. evil, encounters with fantastical creatures, etc.

The Talking Eggs: A Folktale from the American South by Robert D. San Souci and illustrated by Jerry Pinkney
Supposedly, it is an adaption of a Creole folktale about a mistreated girl who meets an old woman in the woods and receives some eggs that contain wonders. I am still looking for a version of this tale, and if anyone knows the whereabouts, please let me know. Regardless, this is another childhood favorite of mine that, even if it wasn't a retelling, should be its own fairytale. I could go on a long tangent of the tropes within the tale (...for another day).