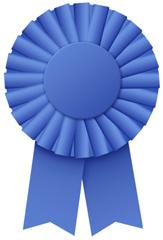 A Terrible Case of Hobophobia

Apparently, the homeless rate has gone up to the highest point in N.Y.C. history. Makes you think of an endless sea of hobos and bums lining the streets. It's not like that, though, you never know where one's gonna show-sure, some have a corner where you can see them year-round until they pack up or something else happens to them....My point is they're anywhere-not everywhere, just anywhere. Which is fine, just not for me, since I have hobophobia, a fear of homeless people I named myself. I've had it since I was nine.

My sister, Eloise, who's eleven now (yes, she was named after the book) and I were on Broadway and 58th. A pile of rags on the corner sat up as we walked by-a guy, as you probably guessed. A dirty guy, as you could infer. He spoke to us, me more, since I was right there, in a destitute drawl-"Y'all got some dough for me, lady?"

My sister, Eloise, who's eleven now (yes, she was named after the book) and I were on Broadway and 58th. A pile of rags on the corner sat up as we walked by-a guy, as you probably guessed. A dirty guy, as you could infer. He spoke to us, me more, since I was right there, in a destitute drawl-"Y'all got some dough for me, lady?"

I didn't answer, but I didn't move either-my mom was one door down in the grocery store -maybe she'd come out before...

"Y'all gonna help me out, y'all gonna save me from hell?"

This time I grabbed Eloise and kept walking. I might have imagined it, but it seemed like the man had reached out to take my leg. I was only nine then, but I'm pretty sure that experience scarred me for life.

My first time back in New York after the Great Relocation, as Eloise dubbed it, was a scare. I had assumed the peace and quiet of suburbia had existed in the city, but that I was too young to notice it. After the fourth leap to make the light, swerving through the oncoming honking beasts that had been tamed back in suburbia, I realized I was wrong. For a tourist with dreams of thrills in the Big Apple, New York might be exciting. For me, an N.Y.C. veteran, it was exhausting and worthless.

Eloise gazed into a department store window in awe-I saw with a shock what she had not. Huddled in the cold winter's air was a youngish man reading a paperback book, right under the window frame. He was shivering-everyone was-but he was practically rocking himself with chill. I shouldn't have been frightened, but the same instinct to grab Eloise came again battling through the years to find me-the same situation-the same me-afraid of the man.

Eloise wasn't within range of my pulling her away easily, so I just hissed, "Come on!"

The man looked up and I froze.

"A few pennies, miss? Anything?"

I repeated, "Eloise, let's go!," feeling miserable for my rudeness. But why should I help a stranger? He had gotten himself into his own mess-why couldn't he get himself out of it without my help? Eloise had given him a quarter before I realized it.

"Thank you," the man said and went back to his book.

I, this time, could safely yank Eloise to my side and take her to safety.

"Ugh!" I whispered to her-more like a mutter than a whisper. "Why couldn't you-"

"He needs the money."

"But how's anyone gonna help him if they're afraid of him?"

"But didn't you see him? He was reading!"

"I read too and you don't pay me. Anyway, how's a quarter going to help?"

She sighed, exasperated, and I dragged her through a crowd.

"Every little bit counts," she finally informed me.

"Who said that?" I rebutted. "A tin can in a bagel store? A quarter can't buy anything!"

"If every person who walked by gave him a quarter, he'd be able to get a home in a week!"

She was right, but I wasn't done yet. "That's not going to happen."

"But we don't need to stop it from happening."

"You know what?" I said, stopping short on the busy sidewalk. "I just don't like homeless people.

She stopped to think for a minute and then said, "How would you like to be that guy and completely-"

Was that true? Could that really be true? If someone wanted to be happy, content and not homeless, could their desire for that be strong enough to overthrow whatever fate threw at them? No, I knew myself that it wasn't true, it couldn't be true and it never would be true. The guy was helpless, probably-evicted, no education, no job opportunities, no family, nothing. How could pick himself up with no one's help, no one's care, no one's money? Money was the key to it. No one could survive without it. It was sad, really. Just cause you didn't have green paper it meant you couldn't have a home or be happy, when it came down to it.

"C'mon," Eloise said, at the end of her homeless conversation abilities.

Why should I, of all people, be afraid of homeless people? Eloise and I kept walking. Where had Mom said to meet us? I asked Eloise and she remembered-she had a fantastic memory.

"Are we going back home soon?" she said softly, as we walked towards the end of our journey.

"No, we're going to stay in New York a while," I replied.

"There's Mom," Eloise said and ran up to meet her.

"Are you happy being back in New York?" Mom asked us.

"No," I said, adamantly. "It's dangerous. It's full of crazy, deranged, homeless people. The number of homeless families is the highest it's ever been in New York City history."

"It's only for a little while," she said, and the three of us snuggled down to sleep in the freezing air on the corner of 58th and Broadway.