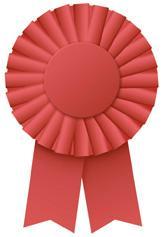 Chario the cheerio started uncontrollably rolling in the direction of the nutrition facts on his prison, the cereal box, causing him to bang into Cherio, who banged into Chyrio, who collided with Chorio, who fell onto Churio, who finally crashed into Chirio.

“This imprisonment is unfair and cruel! 1,239 cheerios do not deserve to be trapped together in one cereal box!” Chario yelled.

“Everybody, on the count of three, roll towards the nutrition facts! That’ll spill us all over the pantry.” Chirio exclaimed.

“One, Tw-” Chirio began counting, but a stampede of rolling cheerios made him start rolling. The box fell over and the weight of the 1,239 cheerios made the top open. All the cheerios fell to the ground.

“How do we get out of the pantry?” Chyrio wondered aloud.

“I forgot that part.” Chirio said, now feeling slightly embarrassed. “Why don’t we wait here till morning. Then we might have some ideas.” Slowly, all of the cheerios fell asleep. The next morning, they woke when they heard the sound of footsteps coming down the stairs and towards the kitchen.
“Guys! Wake up! The humans might throw us out if we don’t act soon! They’ll wonder how we fell!” Chario frantically screamed at the top of his squeaky voice.

“AAAAAAAAAAHHHHHHHHHH” The cheerios screamed. Being thrown out was their worst nightmare, second to being eaten.

“Chill, I have a plan! We get in the box, and push. Then, we move out towards the sidewalk. We can reach the sidewalk and we’re free!” The brainy Chorio said.

“Let’s goooooo!” The cheerios shouted in unison. They rolled inside and closed up the box, and started rolling against the bottom of the box, a.k.a the forward area. As they approached the door, they saw that there was a great problem ahead. Opening the door. The door knob was at least a foot high, and probably more.

“I have an idea to get out!” A cheerio shouted. “Everybody out of the box when I say. A couple cheerios, maybe ten, secure yourself in the slits in the box bottom. We’ll push up the box so it stands up, and you guys can turn the knob and push!” He suggested. Now the cheerios rolled out of the box, and drew straws to see who would go on the box. The ten cheerios were secured in the slits on the bottom of the box, and the rest started to push and turn the box so it stood up and was tall. They would have preferred if the family that owned them had bought a smaller box of cheerios, since this one was the large size and extremely heavy. The ten cheerios at the top pushed down the door handle and the door slowly creaked open! They now filed out of the door, onto the sidewalk, and parted ways to a new, free life.