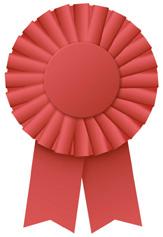 Down in the Dumps

Carl was a good five feet behind him, and yelled back "Hey! No fair!"

Ben and Carl were 10-year-old twins. Today was their first day of Spring Break. Tomorrow they were flying to California to see their uncle. Their parents had promised they could go camping with him. Carl already had packed the stakes for their tent in his backpack.

"Phew," Ben said as they passed the garbage dump. Holding his nose, he glanced at the smelly dump and saw a machine. "Hey Carl, look at that!" Ben exclaimed. "Let's check it out!"

"We've got to go home to pick up the tent," said Carl.

Reluctantly Carl went along to look at the machine. It was about the size of a refrigerator, paint≠ed bright red and blue with lots of different sized nozzles, screens and tubes coming out of it. The device's control panel, had crazy looking, multi-colored buttons sticking out.

"Hey, stand under that purple tube." Ben said. He pointed to the largest tube connected to the machine.

Once Carl was under, Ben shouted, "Come in earthÖget ready for blast off!" He pushed a few buttons on the machine's control panel.

Carl shrieked and closed his eyes as a flash of red light came out of the tube. When he opened his eyes he saw Ben towering over him. Ben's ear-splitting voice rang out.

"Ben! Ben! Down here!" Carl screamed at the top of his voice.

Somehow Ben heard the small voice and looked down. As he bent over, his bottom knocked a button on the machine's control panel. There was another flash of red light.

Seconds later Ben was standing two inches tall next to Carl. They both looked very shocked.

Before Ben could reply, they heard a soft voice from a person their size. "Hello there?" it called.

A girl about their age ran up to them and said, "Hi, I'm Wilma. There's something I've got to show you." Without letting either boy answer, she led them to a little town made of cardboard boxes and cans. They walked down a little path paved with bottle caps. Other miniature people saw them and followed. Wilma finally stopped at a big box, with a cluster of twenty people surrounding them. She knocked on the door. A man came out. "He's a scientist." Wilma whispered to the boys.

"Newbies," said the scientist. "I am Dr. Whitherspoon who invented the machine you boys found, my Reducinator. My goal was to shrink the garbage to help save the environment. Acciden≠tally we shrunk ourselves, and now we can't reach the controls to reverse the process." Carl suddenly had an idea. He pulled the stakes from his backpack. "Ben," he said excitedly, "we can use these to climb the garbage bags and reach the controls!"

Ben and Carl slowly climbed the garbage bags by stabbing the stakes in the plastic, with a hor≠rible odor coming out after every hole. Many hours later, they had finally reached the control panel with its complicated arrangement of buttons.

Everyone was looking up hopefully. Dr. Whitherspoon yelled "The yellow and green ones! Push them both together when I say now!"

The whole group huddled under a yellow tube and Dr. Whitherspoon yelled "Now!" Ben and Carl each jumped on a button. A strange noise came out of the machine. All of the people grew before the boys' eyes. Wilma then carefully scooped up the boys in her huge hands. "Now it's your turn," she said, softly placing them down.

After Ben and Carl resumed their normal size, everyone was laughing and dancing in excite≠ment. Soon all of the people had left and Ben and Carl were alone.

"At least we'll make it to California," said Ben. "After this adventure I'm looking forward to a nice, calm vacation."

With that Ben and Carl ran home.