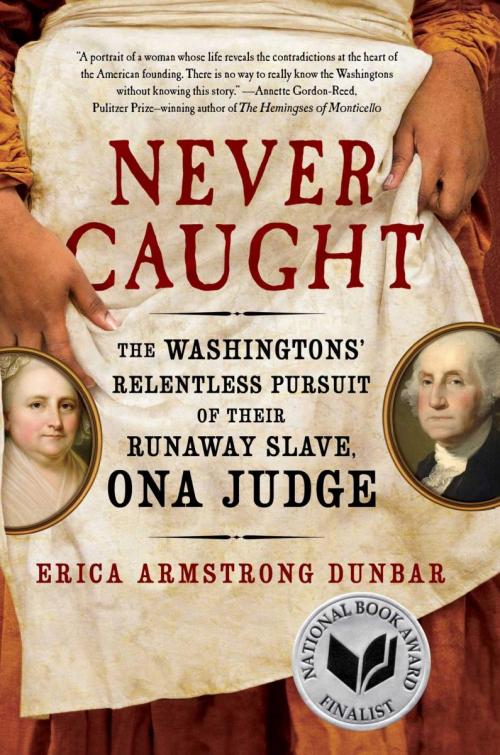 At the Society Library, we celebrated Black History Month with daily recognition of extraordinary books by Black writers. Every day, our social media accounts featured a title from our collection recommended by a staff member. What follows is a roundup of the books and the (lightly edited) text included on Twitter and Instagram. The recommendations showcase a wide variety of material for children and adults, including novels old and recent, folktales, photography, history, poetry, and biographies. The books were selected by Sara Holliday, Marialuisa Monda, Randi Levy, James Addona, Carolyn Waters, and Steven McGuirl.

Further reading: Don’t miss this lengthy list of recent arrivals that explore the myriad contributions made by Black people to the history and culture of the United States.  (Previous years: 2021 | 2020 | 2019.)   This bibliography is a useful resource for those who wish to learn more about the books and authors included in our exhibition Black Literature Matters. 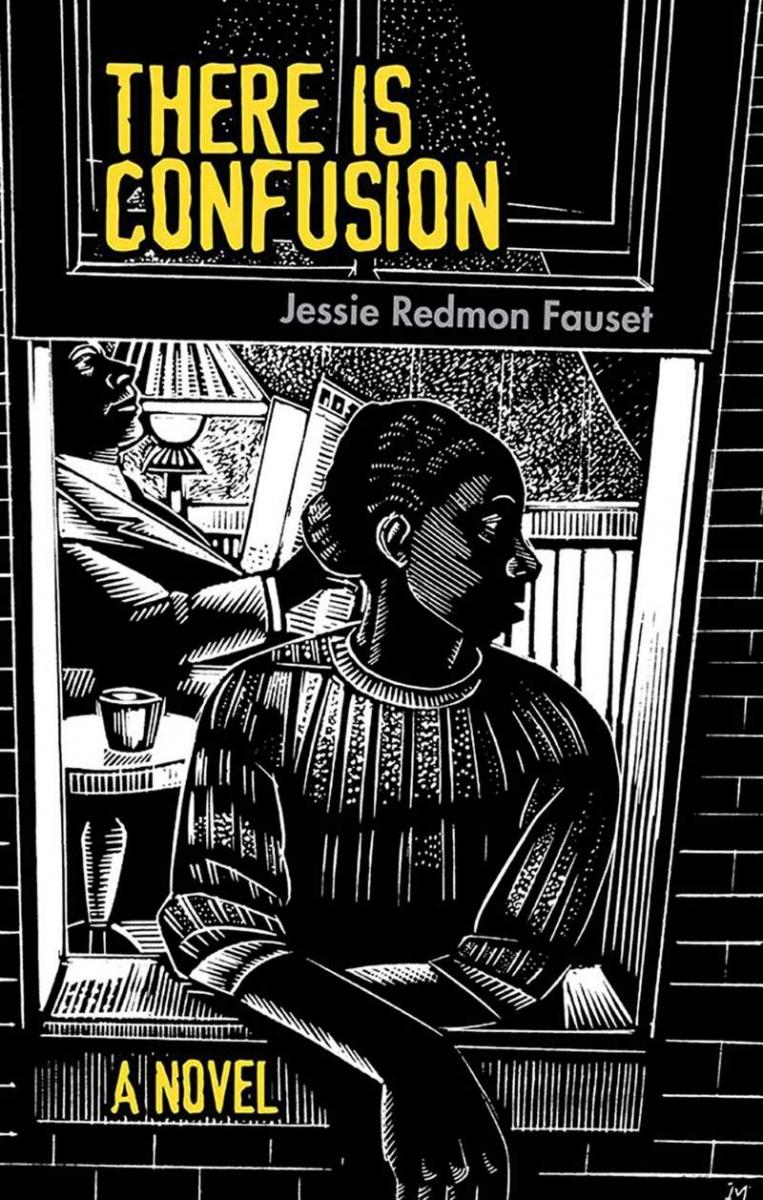 Gwendolyn Brooks was a singular talent, a genius of form, whose writing has influenced generations of Black poets. Her 1960 collection of poems, The Bean Eaters, is our last Book of the Day. Hear Brooks' read her poem 'We Real Cool' in the 3rd of our 4-part reading series, Black Literature Matters (~1 hr 14 mark).

Fauset's 1924 New York novel is a tale of family, ambition, and the social and racial dynamics of the early-twentieth century. Jessie Redmon Fauset began contributing to "The Crisis" in 1912. By 1919 she was its literary editor and she was the first person to publish Langston Hughes's and Gwendolyn Bennet's poetry

A must-read account of one of the most important literary, historic, and cultural figures of the Harlem Renaissance. Arthur Schomburg’s collections helped establish The Schomburg Center in Harlem in 1925, now one of the world’s leading cultural and research institutions devoted to preserving, collecting, producing, exhibiting, and providing access to materials and resources on African American, African Diaspora, and African experiences. 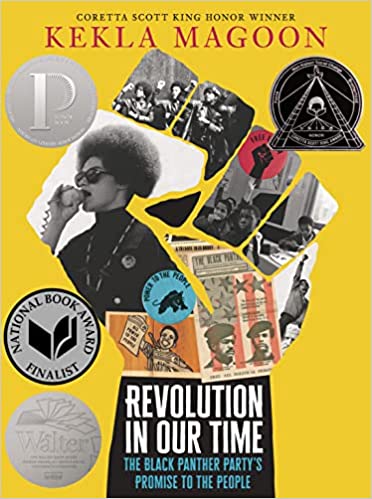 Tristam Strong Punches a Hole in the Sky is an incredible epic fantasy that follows a young boy who finds himself in a world populated by African American folk heroes and West African gods. This is a Rick Riordan Presents book. Want to know more about the West African gods, African American folk heroes, and more? The Annotated African American Folktales (edited, with a foreword, introduction, and notes, by Henry Louis Gates Jr. and Maria Tatar) is a rich tapestry of stories and studies that would give you a delightfully insightful background you craved.

First published in 1941, this classic, tough migration narrative follows the Moss brothers from rural Kentucky to the blazing steel mills of Pittsburgh. Attaway uses the three brothers to explore tensions and conflict in the transition from folk/rural/south to modern/industrial/north. Thanks to the great New York Review Books Classics for putting this back in print.

February 23: Revolution In Our Time: The Black Panther Party's Promise to the People | Kekla Magoon**

An eye-opening and compelling story of the origins of the Black Panther Party and its impact on society from its founding and into the current moment.

Tiny Stitches tells a story everyone should know - about medical pioneer Vivien Thomas, a pioneer in heart surgery for infants, whose research and techniques have saved many lives. This reader learned about Thomas' story from the 2004 film Something the Lord Made, with Yasiin Bey and Alan Rickman. 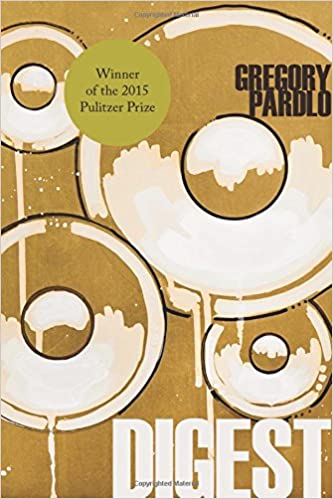 Poet, memoirist, critic, Pulitzer-winner, translator (and Library member), Gregory Pardlo has been a frequent speaker at the Library. Here he is in an event with Sarah Plimpton & Victoria Redel in 2013, a few years before he won the Pulitzer Prize for Digest in 2015.

Dr. Ewing likes to use poems as "what-if machines and as time-traveling devices," and this collection explores the story of the Chicago Race Riot of 1919. The poems are in conversation with passages from a 1922 report on the riot. To Dr. Ewing, the report was "like an old tapestry with loose threads sticking out, and I wanted to tug on them and see what I could unravel, see what new thing I could weave. You can find 1919 at the Library in Stack 9, and educators can download this free 1919 teaching guide featuring Common Core and state standards, historical context, sample lessons, and analytical and creative assessment options.

We have the full book in print and as an e-book, and we also have the gorgeous, moving The 1619 Project: Born on the Water for kids (or anyone). 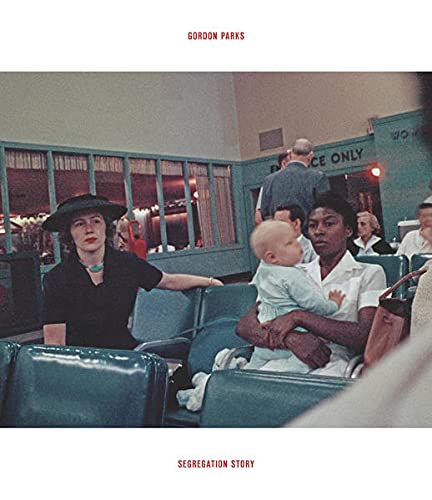 This 2012 book features photos from Parks’s 1956 LIFE photoessay documenting a family's perseverance in Jim Crow Alabama plus dozens of previously unseen images. Parks created one of the first social documentary studies on color film, and the cumulative effect of this stunning collection is quite moving.  (And speaking of photography books...when you head to stack 12 to grab the Parks book, don't miss Reflections in Black by Deborah Willis. A masterful history/overview of “black photographers from 1840 to the present.”)

February 16: Freedom Over Me: Eleven Slaves, Their Lives and Dreams Brought to Life | Ashley Bryan*

This award-winning title brings to life the stories of "eleven slaves, their lives and dreams" with lush illustrations and spare verse. 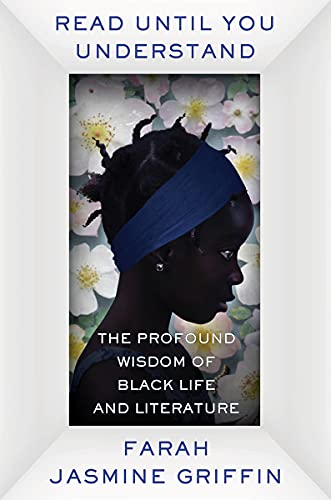 Stovall’s 1996 book is packed with fascinating personalities - soldiers, writers, musicians, artists, social critics - and, of course, Josephine Baker! Also lots of perspectives on both world wars, and the key roles played by Black Americans in struggles for freedom in Europe and back at home. Just one sample: Do you know about Ada "Bricktop" Smith, who built a major club, community, and center for music in the famous Jazz Age Paris of the 1920s? Sadly, this remarkable historian and author passed away late last year - learn more about Tyler Stovall here.

February 14: Read Until You Understand: The Profound Wisdom of Black Life and Literature | Farah Jasmine Griffin

Washington's brilliant debut collection explores the many identities and neighborhoods of Houston with generosity and exquisite detail.

February 12: When They Call You a Terrorist: A Black Lives Matter Memoir | Patrisse Khan-Cullors and asha bandele; with a foreword by Angela Davis

Obvious but worth a reminder: Black History includes not only centuries past but also the last few years. Today’s Book of the Day captures history that’s still unfolding.  When They Call You a Terrorist was a New York Times Editor's Pick and named a best book by Time, O, and The Root, among others.  We're also looking forward to reading Cullors' hot-off-the-press An Abolitionist's Handbook: 12 Steps to Changing Yourself and the World. 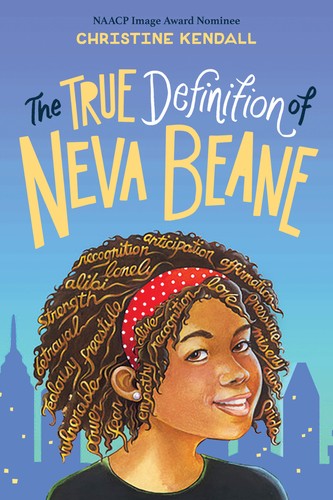 This memorable YA first-person narrative tells the story of Nala, a young, Black, & plus-sized girl, exploring love & romance while discovering self-love and acceptance.

February 10: If He Hollers Let Him Go | Chester Himes

Published a decade before Himes began the Harlem Cycle of noir novels for which he is best-known, this 1945 debut is a troubling, shockingly honest, existential “protest” novel; a character study of harshness & despair; and a work that belongs in the canon of mid-century Los Angeles fiction. (According to the acquisition date stamp, the copy on our shelves was added to the collection in 1945, within weeks of its publication.)

Meet Neva Beane, a word and dictionary lover learning to deal with change and define herself. This is a moving story of growing up and coming to terms with inequality and injustice. 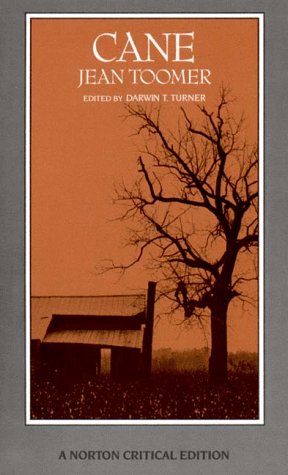 A magnificent historical fiction work that kept this reader on the edge of my seat and made me think in a new way about 19th-century American history and...well, no spoilers! I happened to have this in hand at the start of COVID lockdown in 2020 - providing the comfort of escape into another time - but also the challenge of its resonance with our own time. It's the author's first work of fiction, but it reads well alongside his books of nonfiction/recent history.  Also worth noting that my visualization of scenes in The Water Dancer owed a lot to a past visit to Cincinnati's National Underground Railroad Freedom Center – well worth visiting online or when you’re in the Midwest.

February 7: The Interesting Narrative of the Life Of Olaudah Equiano, Or, Gustavus Vassa, The African: An Authoritative Text | written by himself; contexts, criticism, edited by Werner Sollors

First published in 1789 in London, Olaudah Equiano's The Interesting Narrative of the Life of Olaudah Equiano caused a sensation on publication and fueled a growing anti-slavery movement in Great Britain, Europe, and the New World. It went through one American and eight British editions during Equiano's lifetime. According to City Readers, our database of borrowing records from the 18th- and early 19th-century, eight Library members checked the book out of the Library between 1792 and 1800.  The Interesting Narrative… was featured in the first episode of our 4-part reading series Black Literature Matters, which is available to watch on our You Tube channel. 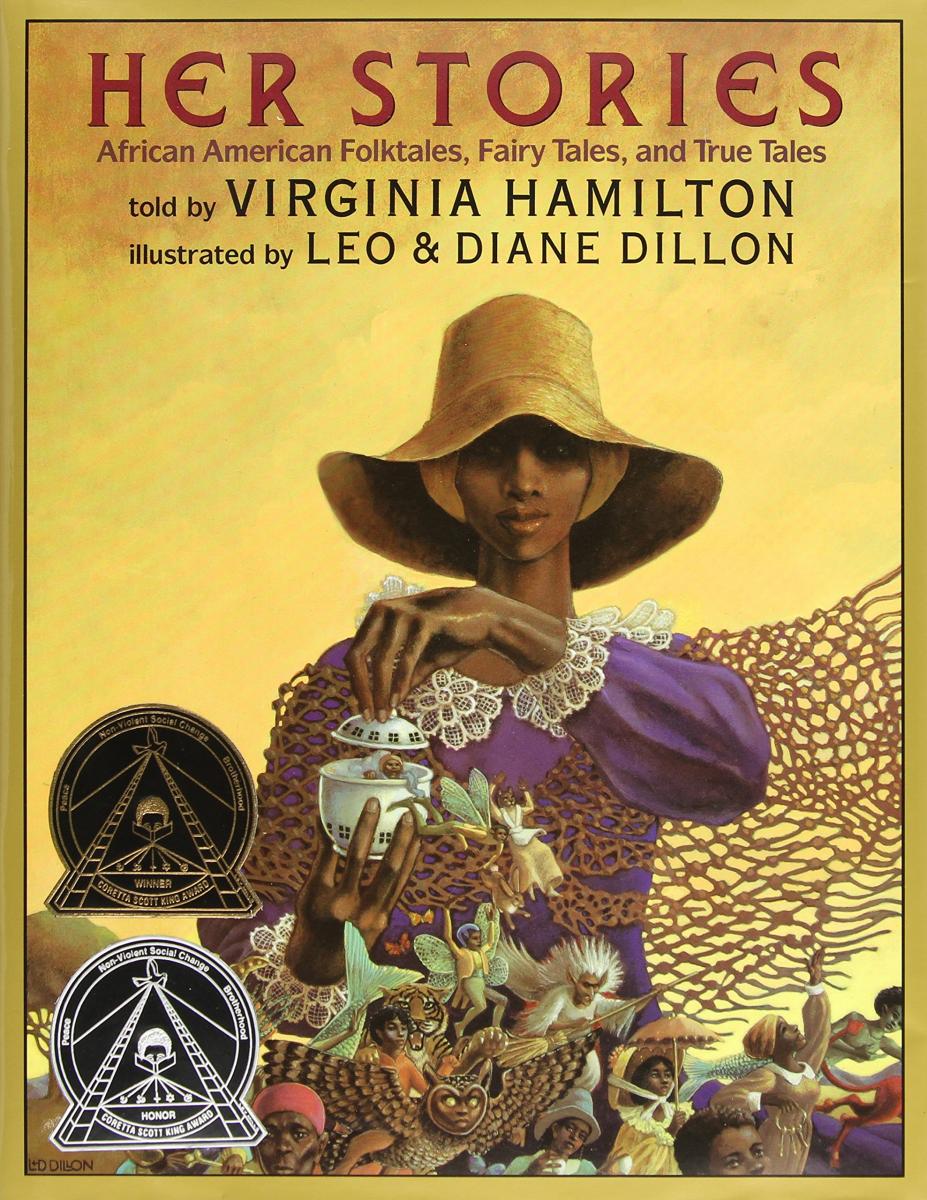 Toomer's classic and influential work of experimental fiction and poetry is featured in our Black Literature Matters Exhibition.  In addition to the Norton Critical edition in our collection, you can also find Cane on our shelves in the Library of America anthology, Harlem Renaissance: Five Novels of the 1920s.

A fantastic mix of media work from fantastic recipes to stories that celebrate a global African culture.

A wonderful, vibrant collection of magical lore and wondrous imaginings of Black women/girls. 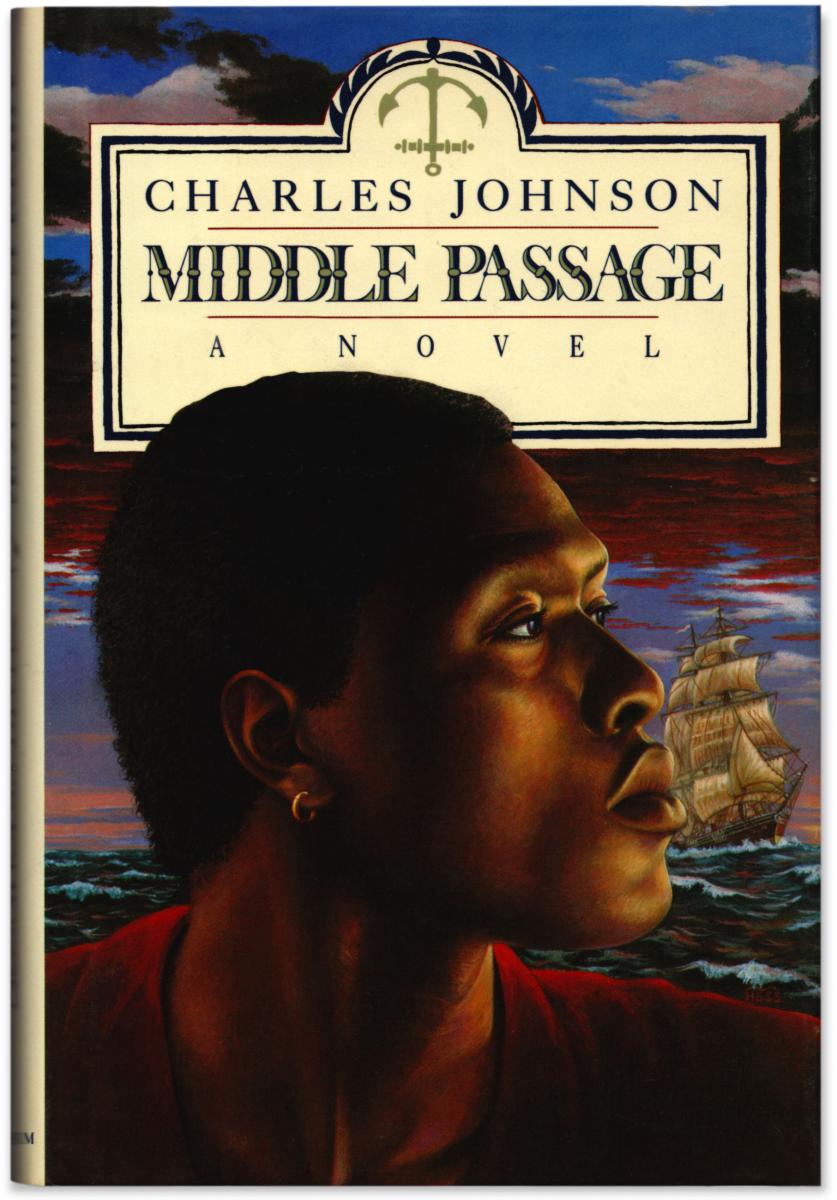 Winner of the 1990 National Book Award, a fictional 1830 illegal slave ship is the setting for this singular novel about race. Johnson somehow packs the narrative with genre-hopping, anachronisms, mutinies, the supernatural, violence, humor, and more—and largely pulls it off.

Unspeakable is a breathtaking, informative, and award-winning title about the extreme racial violence perpetrated against the Black residents of Tulsa, Oklahoma in 1921. You’ll find it on our Children’s Library shelves, but we recommend it for all readers interested in delving into American History.

Our first Book of the Day: Erica Armstrong Dunbar’s remarkable Never Caught: The Washingtons’ Relentless Pursuit of Their Runaway Slave, Ona Judge. We also have the version for younger readers. Can’t help noticing that the grownup book shows the faces of the Washingtons but not of Judge (no extant portrait of her, I think - ), but the kids' version envisions Judge herself, with teeny-tiny silhouettes of the Washingtons. We were honored to have Dr. Dunbar give our 2018 Cooper History Lecture on Never Caught. Informative and moving recording here to stream. 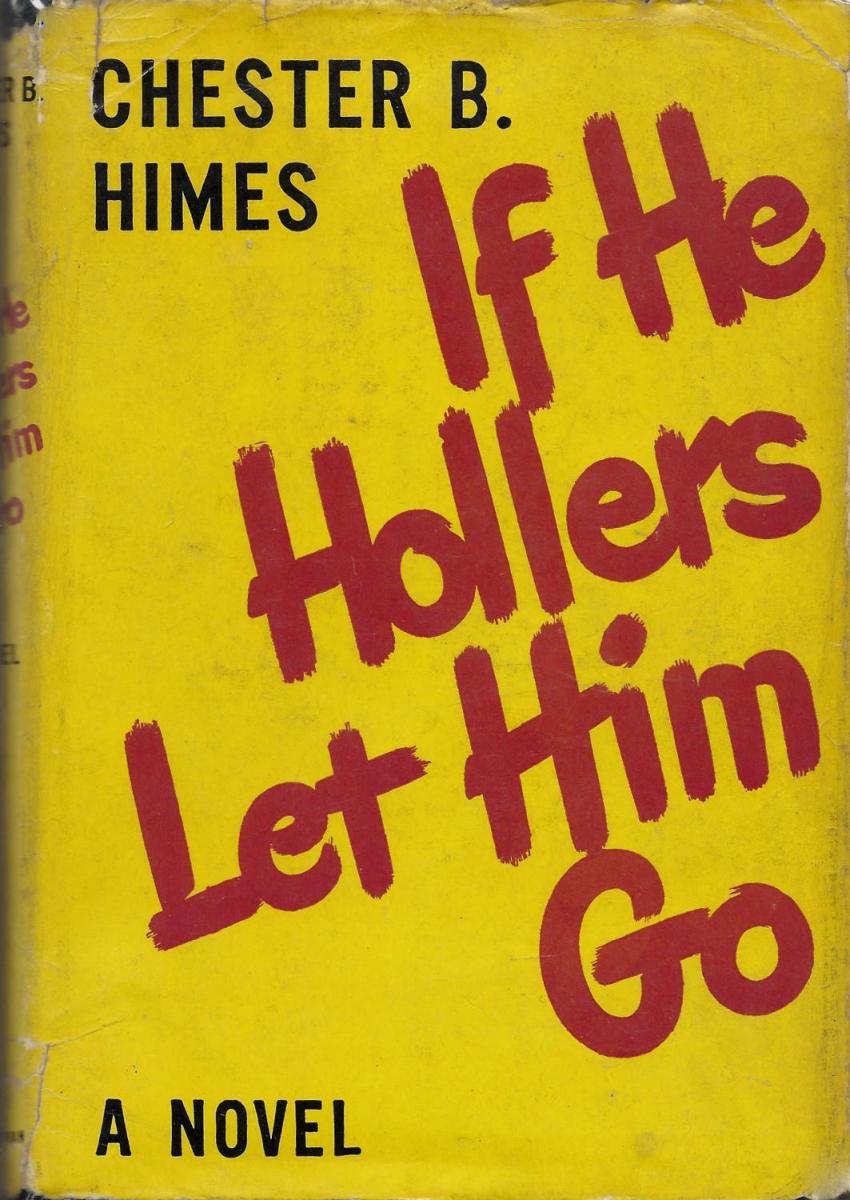 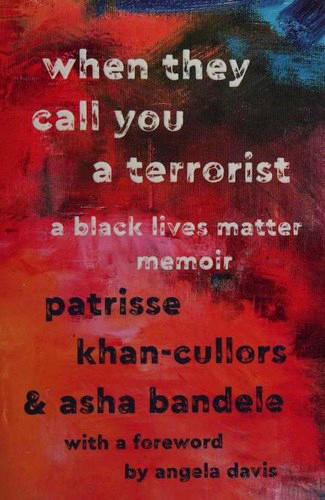 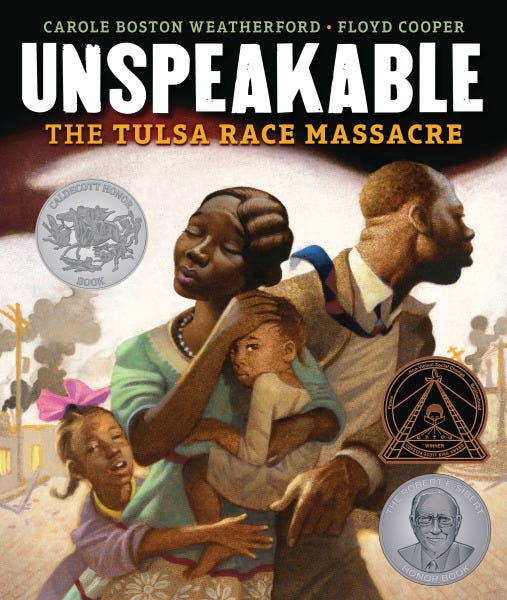