Home > Our Collection > Books for Halloween

Both a coming of age story and a terrifying journey into the bizarre, Stephen King's It cemented his place as godfather of the weird and taught the world to be afraid of clowns. A masterful tapestry of fear, woven with childhood innocence and the paranoia of the 1980s, It will keep you up at night, forever. It waits in the shadows. It watches. It waits. 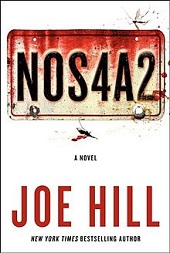 Charles Talent Manx kidnapped Victoria McQueen when she was only a child and tried to take her to his fantastical otherworld of terror known as Christmasland. Now, Victoria (astride her magic motorcycle) will need to tread with care if she wants to stop the horrific madness of Manx and his army of children irreparably twisted by Christmasland. N0S4A2  can veer perilously close to nonsense, but Joe Hill is in top, weird form in this fantastic horror/thriller about the terrors of youth and the monstrosity of Christmas.

House of Leaves is an indescribably surreal read. A horror novel within a horror novel, it tells the story of a mysterious series of home movies that supposedly made their way through Hollywood known only as “The Navidson Record,” in which a family moves into their new home only to find that its size and layout make no sense—and things only get worse from there. It is also the story of Johnny Truant, who finds the “Record” and slowly has a full mental breakdown as he plunges deeper and deeper into the history of the Navidson family. Filled with coded language and insanity, House of Leaves is brilliantly spooky, and spookily brilliant. 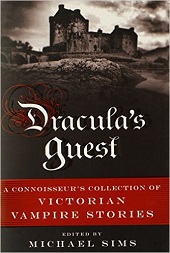 This collection of Victorian vampire stories is sure to keep you up at night. A connoisseurs’ collection of little-known works by such luminaries as Edgar Allen Poe, Guy de Maupassant, and Sheridan Le Fanu, Dracula’s Guest offers a plethora of tales soaked in blood and draped in lace. This is an excellent book for the vampire lover inside of us all.

The profoundly disquieting debut from Scottish author Iain Banks is a deliciously disturbing look into the mind of a sixteen-year-old sociopath. Sadistic and yet lusciously told, this wonderful book was controversial when it was first published, and remains so today. The subtlety in The Wasp Factory makes this short horror novel all the more shocking.

The Case Against Satan | Ray Russell (1962 exorcism novel, republished by Penguin Classics in 2015)

The Doll-master and Other Tales of Terror | Joyce Carol Oates

Haunted: On Ghosts, Witches, Vampires, Zombies, and other Monsters of the Natural and Supernatural Worlds | Leo Braudy (Yale U. Press)

Masterpieces of Terror and the Supernatural: a Treasury of Spellbinding Tales Old & New (Marvin Kaye, ed.)

The Vampire Archives: the Most Complete Volume of Vampire Tales Ever Published (Otto Penzler, ed.; preface by Neil Gaiman)