Home > Our Collection > Diaries and Journals

The Library has over 1,000 published diaries in its collection, chronicling a wide variety of lives across the centuries. Most of the diaries in our collection are housed in stack 7 among the biographies arranged alphabetically by the subject's last name, but there are additional diaries throughout the stacks. A subject search by name in our online catalog is the best way to find what you are looking for. If you want to browse our holdings, use "diaries" as your subject search and scroll through a daunting array of subject subdivisions. In our latest installment of book recommendations, Library staff single out some of their favorite diaries in the collection.

Further reading: A Book of One's Own: People and their Diaries | Thomas Mallon | Ticknor & Fields, 1984 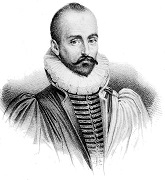 The famous essayist’s sixteenth-century travel journal continues to inspire me as I keep records of my own trips, reminding me that even the most mundane and casual experiences can be just as fascinating as the planned bits.

Julavits has essentially written a book of essays in the form of a diary, dated but not organized chronologically. As a child, she kept a diary and hoped that by re-reading it she would see glimpses of the writer she would become. She doesn’t, but resolves to try diarizing again as an adult, starting every entry with “Today I…” which gives Julavits the jumping off point for these engrossing and very personal essays.

Conquest of the Useless | Werner Herzog

Hezog’s diary is an eminently necessary companion to watching both his classic film Fitzcarraldo, as well the Les Blank documentary Burden of Dreams, about the making of the movie. The diary is filled with highly entertaining, droll observations that underscore the absurd coincidences between the fictional movie script, and Herzog’s very real challenges in the Amazon jungle bringing it to the screen. —Carolyn Waters, Head Librarian 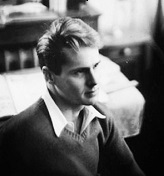 Had I been in Paris in the early 1950’s and met Ned Rorem, I doubt I would have l liked him very much.  Sure, he was handsome, smart, and talented.  He was also a social climber – ambitious and self-absorbed to an appalling degree.  Lacking any fame or title myself, I’m sure Rorem would have had little time for me, so on that we’re agreed.  Even though I don’t like its subject, I adore The Paris Diary, the first of several diaries Rorem would publish.   Not a page goes by that he doesn’t drop a name or discuss his genius.  Though this can be exhausting, it is also revealing and hilarious, in a way that a memoir wouldn’t be.  His frankness about his life, particularly his gay life, caused a certain amount of scandal when it was published in 1966, but seems almost quaint in this age where people document and divulge everything.  Today, his book reads like you’re at coffee with a gossipy friend who tells fabulous stories, but his stories are about Cocteau and Gide and the Vicomtesse de Noailles.  If you’d like to spend a little time in Paris in the rarified air of Rorem’s milieu, this is not to be missed. —Patrick Rayner, Acquisitions Assistant/Circulation Assistant

Morrison shelters and jam-making, socks for soldiers and Churchill on the wireless, all the well-known elements of the plucky British home front—except that Nella Last is living it day by day as it happens, with no assurance that Hitler isn’t invading as she writes. This most famous Mass-Observation diary records the small triumphs and Blitz trauma of a ‘typical’ housewife in Barrow-in-Furness during six long years of war, proving most of all that nobody is ‘typical’, and that a dumpy, housecoated little lady may be thinking and doing powerful, radical, and occasionally shocking things. Editors’ notes keep the reader abreast of the context. —Sara Holliday, Events Coordinator/Head Librarian's Assistant 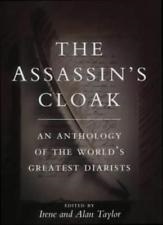 The Assassin's Cloak: An Anthology of the World's Greatest Diarists | Irene and Alan Taylor, eds.

It took the editors about a decade to compile this generous, eclectic compilation culled from 170 diarists, and its contributors span chronologically from the seventeenth-century (Pepys) to the end of the twentieth.  Each day of the year features an entry from several diarists.  The entries for January 7th, for example, include Fanny Kemble, The Brothers Goncourt, Malcolm Muggeridge, Barbara Castle, James Lees-Milne, Ossie Clark, and Brian Eno. The selections are well-chosen, and these honest interior narratives probe everything from major historical events and heartbreak to gossip and the mundane. A bibliography and helpful biographical notes are provided. The Taylors also edited a large anthology of entries from war diaries called The Secret Annexe. In a previous staff book recommendations entry, I recommended what remains my favorite published diary, The Journal of Jules Renard (1846-1910). If you have not read this beautiful book, please consider it the next time you crave aphoristic gems addressing literary life, self-doubt, death, friendship, family, and more.—Steven McGuirl, Head of Acquisitions

A Wall to Paint On | Ione Robinson

I found this book on a random hunt through the stacks for something that looked old and weathered, hoping a discover a book that had been read many times (sure to be good!) or a hidden gem that had been untouched for years. This is how I found Ione Robinson’s A Wall to Paint On. Published in 1946, the book has never seen a second printing; yet, Robinson’s life as a painter and photographer was extraordinary. Though not technically a journal – it’s a collection of letters written in the 1920’s and ‘30s – Robinson remarks early on that she intends the letters to serve as her personal memoirs. At the start of the book, a teenage Robinson drops out of college to move to New York City. She finds work in a furniture store, becomes bored, and goes to work as an assistant making woodcuts for Rockwell Kent. From there, she goes to Mexico City to work with Diego Rivera on his mural at the National Palace, and comes across a young, unmarried Frida Kahlo. Her travels take her from Mexico City to Spain to Washington D.C. to Paris, and beyond. She rubs elbows with Paul Poiret, Conde Nast, and Winston Churchill, works for one season in George Bellows’s studio, and happens upon a crowd gathered to hear Mussolini making a speech. It’s difficult for me to understand exactly why both this fascinating book and the work of its author have fallen into obscurity.  —Katie Fricas, Events Assistant/Circulation Assistant

As she approaches her teenagehood, a girl nicknamed Birdy recounts her daily life in 1290 England through the pages of her diary. Often reflecting upon the saints’ lives that are honored on various days, Birdy has much to say and her punchy comments will keep readers in stitches. Just imagine if Bridget Jones had been documenting her life at age 12 and in the thirteenth-century! Eager to dodge her filial duty of being married off to a decrepit landowner by her father, a minor nobleman, Birdy concocts amusing stunts to escape her suitors. While her story is fictional, readers do learn about the realities of daily medieval life and will likely be very glad of the improvements made in sanitation over the past 725 years! Originally published in 1994 and receiving a Newbery Honor Award in 1995, this book is timeless and one that is sure to delight any sassy feminists, be they budding or lifelong ones. (Also available as a downloadable audiobook.) —Susan Vincent Molinaro, Children's Librarian 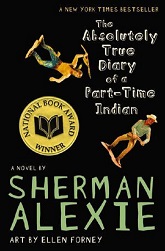 Born on the Spokane Indian Reservation and dying to get out, Junior doodles in his diary about his year at the local all-white high school.  There he learns a lot about himself, his identity, and how to make friends when the only other Indian in sight is the school’s mascot.  The Absolutely True Diary of a Part Time Indian is an autobiographical novel based largely on the author’s childhood, and is sure to entertain as much as it will enlighten readers. (Also available as a downloadable audiobook.) —Danielle Gregori, Children's Librarian