Home > Our Collection > Hop to It! Our Favorite Bunny Books

Hop to It! Our Favorite Bunny Books

In honor of 2023 being The Year of the Rabbit, we polled our staff for the most beloved bunny books of the NYSL. The majority hail from the Children’s Library, but one creative staffer found a selection from the stacks. Have a hop, skip, and jump through these recommendations and perhaps you’ll discover a new, floppy-eared favorite. 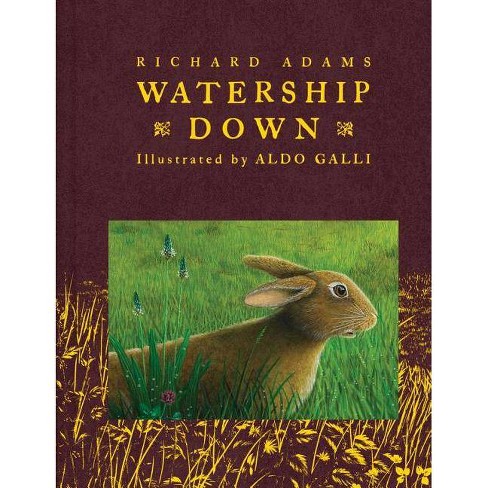 Kirsten Carleton, Assistant Circulation Supervisor/ILL Coordinator
Watership Down by Richard Adams A seven-mile trip across the English countryside doesn’t seem like it would be much of an epic quest, but things tend to look much larger from a bunny’s eye view. When Hazel receives a warning that his warren will be destroyed by manmade disaster, he leads a small band of rabbits from the safety of their home to create a new place for themselves. To do so, they must venture out among the hombil (foxes), pfeffil (cats), and other elil (rabbit predators), as well as snares, cars, and rival warrens. Though the life of a rabbit is one of running and hiding, it’s also rich with tales of El-ahrairah: the mythical trickster, “prince of a thousand enemies,” and hero of rabbits everywhere. Hazel’s journey, both to the down that will be his warren’s new home and to becoming their Chief Rabbit, unfolds into a legend to rival those stories.

Watership Down is a book that grows with you, with bunny adventures taking on deeper meaning with every reread. According to legend, El-ahrairah and his people were denied the claws and teeth given to other animals. Despite this, rabbits have managed to survive through courage and cunning—much like human beings.

Heartwarming as only the author of Babe: The Gallant Pig can make it, Harriet's Hare involves a friendly farmgirl, a beautiful brown hare who is more than he seems to be—and a little bit of magic (or is it?). Dick King-Smith's books are always a great antidote to the blues, and this one's no exception.

A gentle pat for other bunny buddies of childhood:

Neurotic, arrogant Rabbit of A.A. Milne’s Hundred Acre Wood—who states, "Owl, you and I have brains. The others have fluff"—and immediately gets everything hilariously wrong.

Beatrix Potter's Peter Rabbit is the icon, but I actually prefer his cousin Benjamin Bunny—it’s those tiny clogs.

And mustn't forget Lewis Carroll's White Rabbit—a hoot in his own right and a type of the magic helper/guide that appears throughout folklore and fantasy. Plus, has his own Jefferson Airplane song.

Randi Levy, Head of the Children's Library
Join three remarkable rabbits on their adventures—from the Broken Arms to the bottom of the sea to the Connecticut countryside:

Cress Watercress by Gregory Maguire | Meet Cress Watercress, a smart, brave, and sometimes mischievous rabbit, figuring out friendship and finding community among the many and varied neighbors in her family’s new woodland neighborhood. (Also available as an audiobook)

The Miraculous Journey of Edward Tulane by Kate DiCamillo | Edward Tulane is a cold-hearted and proud toy rabbit who loves only himself, until he is separated from the little girl who adores him. Rescued from the bottom of the sea, and broken and mended many times over, for decades he travels across the country, gaining new owners and, eventually, the ability to love others. (Also available as an audiobook)

Rabbit Hill by Robert Lawson | New Folks are coming to live in the Big House. Little Georgie and the community of Little Animals of Rabbit Hill are excited, anxious, and worried. How will the Man and the Lady treat them? Will they plant a garden? When carefree (careless?) Little Georgie is gravely injured, the new folks show their true colors. 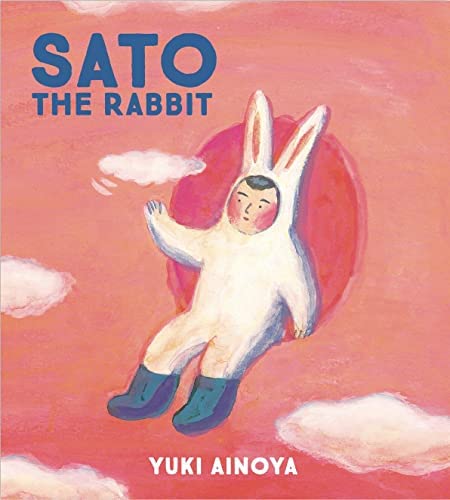 Marialuisa Monda, Events Assistant
Sato the Rabbit by Yuki Ainoya with Michael Blaskowsky (Translator) | Originally published in 2006 as Usagi no Satō-kun in Japanese by Shogakukan, this book follows Haneru Sato, who—after becoming a rabbit—finds that life can be dreamlike, magical, and full of adventure. From sailing in a watermelon to observing the stars, nothing is ever mundane again! 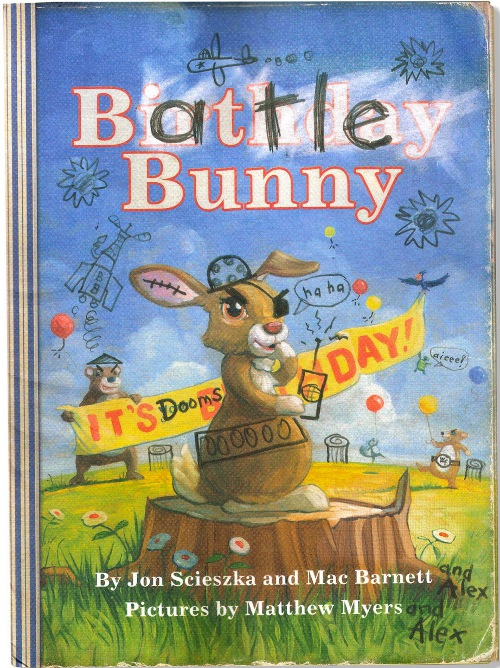 Susan Vincent Molinaro,
Children's & YA Librarian
The Year of the Rabbit is always my favorite in the twelve-year rotation because I was born during one, and thus have been fond of these long-eared, furry friends my entire life! Two series with rabbits at the center that I’ve enthusiastically enjoyed are Claudia Rueda’s fun, interactive one (Bunny Slopes, Hungry Bunny, and Bunny Overboard) and Aaron Reynolds and Peter Brown’s very amusing one (Creepy Carrots, A Creepy Pair of Underwear, and Creepy Crayon). Also, I must give a shoutout to the vintage, magical Leo Lionni title, Let’s Make Rabbits, which I read for a recent storytime. And for the graphic novel lovers, don’t miss Jon Scieszka, Mac Barnett, and Matthew Myers’s hysterical collaboration Battle Bunny (sometimes reported as defaced until the reader has a closer look) or Cece Bell’s fabulous award-winning memoir, El Deafo, in which all the characters are depicted as bunnies. Hop along to the third floor to check them out! 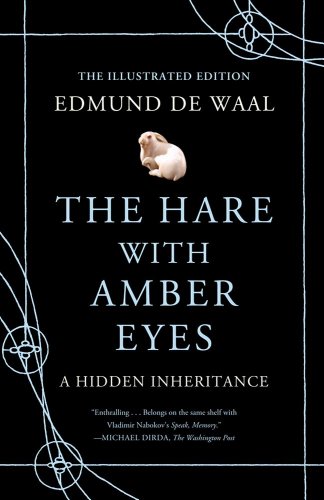 Patrick Rayner, Acquisitions Assistant/Circulation Assistant
The Hare with Amber Eyes by Edmund de Waal | The animal in this book’s title wasn’t ever alive. Rather, it is a netsuke, a finely carved figurine from Japan, and one of 264 that artist Edmund de Waal inherits from his uncle. The netsuke were originally owned by de Waal’s ancestor Charles Ephrussi, a member of a prominent banking family with an eye for Impressionist art. Living in the Paris at the end of nineteenth century, Ephrussi collects the figurines at a time when Japanese objects were all the rage. Ephrussi gifts them to his niece and the hare and its companions move from the Paris of Proust and take up residence in Freud’s Vienna. Most of the Ephrussi art collection will be lost to the Nazis during the Anschluss, but a remarkable bit of trickery keeps these figurines safe. Learn how the hare survived the plunder as well as the netsuke’s further adventures through a remarkable and tumultuous twentieth century.

Didn't find what you wanted amongst all these recs? Purr-haps you prefer cats to bunnies? If so, Assistant Cataloger Alexa Van Gilder pointed out that the Year of the Rabbit becomes the Year of the Cat on the Vietnamese calendar, so you might also enjoy these fantastic feline tales throughout 2023 and beyond!