We asked staff members to recommend books that seem unjustly neglected and do not get the attention, and circulation, that they deserve. What follows is a collection of our favorites among the forgotten-but-not-gone, the literary curios, the has-beens and never-weres, and the also-rans of the established literature canon. Good books that wait patiently (sometimes very patiently) in the stacks for the right reader to come along. We hope that this post will encourage members to explore the stacks and seek out these and other neglected gems in our collection. For more reading inspiration, see The Neglected Books page. 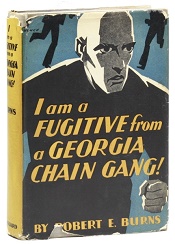 I Am A Fugitive from a Georgia Chain Gang! | Robert Elliott Burns

Robert Elliott Burns landed on a Georgia chain gang after an arrest for a minor crime. With conditions so severe, so inhumane, and with little hope for release, Burns makes an incredible and audacious escape. He lives lawfully for many years under an assumed name until the unthinkable happens: he is betrayed by his jealous wife and is sent back to the chain gang, where he manages to escape a second time!  When this memoir was published in 1932—and made into a movie (nominated for an Academy Award in 1933)—Burns was still on the lam. Sadly, only one person has checked out our copy of this excellent book (though it’s not me—I have my own copy). It deserves to be read, as a thrilling, heroic, heart-thumping tale of suspense and daring, and as the historical record which helped initiate reforms of a shameful criminal justice system. —Carolyn Waters, Head Librarian

White South African/British novelist and memoirist Laurens van der Post writes with great moral depth and beautiful language, if not strictest accuracy. His collage novel The Seed and the Sower digs into hard questions about human relationships in the hell of World War II Southeast Asia. His memoir The Admiral’s Baby describes the subsequent Indonesian independence movement and his own half-confused, half-helpful role in it. The short but powerful The Prisoner and the Bomb challenges everyone’s orthodoxies about Hiroshima and its aftermath. The Library holds 25 van der Post titles including several narratives of African tribal life which, if not enlightened by today’s standards, were so for their time. For just a taste, dip into his anthology of excerpts and collected works, Feather Fall. —Sara Holliday, Events Coordinator

Heraclitean Fire: Sketches From a Life Before Nature | Erwin Chargaff

Erwin Chargaff was born in Austro-Hungary in 1905, moved to the United States during the Nazi era, accepted a position as biochemist at Columbia University and became a pioneering and influential DNA scientist. His memoir, Heraclitean Fire (1978), is dense and beautifully written, ranging from vivid descriptions of the cultural life in Vienna between the wars to nuanced discussions of what it means to be a scientist. Heraclitian Fire reflects a lifetime of omnivorous learning, and is erudite, funny, humane, and scathing. Chargaff crafts fascinating, well-thought pieces devoted to what he sees as the dangerous arrogance of modern science and its tragic consequences, the art of teaching, the importance of mystery in the world of learning and discovery, and on being an outsider in one’s field. There are also pointed criticisms directed at the high levels of specialization within academia, the politics and commercialization of science, and the delusions of modern “experts.”  —Steven McGuirl, Head of Acquisitions 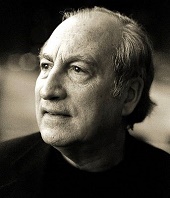 Santa Evita is a mesmerizing novel, indebted to the Latin American traditions made notable by Borges and García Márquez, but unique to itself.  Martínez casts himself as an investigator, attempting to discover the story of the travels and disappearances of the corpse of Eva Perón.  After her death, her body becomes a symbol to be used and abused by various people who would lay claim to her fame and her legacy.  The novel straddles history and fable, creating something disturbing and puzzling and darkly funny.  Something of a sensation when originally published in 1996, it deserves to be rediscovered.

For celebrated women of an entirely different sort, one should look for either of the following novels by authors most famous for other books. Armistead Maupin, best known for Tales of the City, wrote a wicked and wonderful novel called Maybe the Moon, comprised of the journals of Cadence Roth, an actress who happens to be just 31 inches tall.  For another witty dame whose fame is not really fleeting, but long since fled, look no further than Auntie Mame’s creator, Patrick Dennis, and the fictionalized memoir of Belle Poitrine, Little Me. —Patrick Rayner, Acquisitions & Circulation Assistant

This surprise bestseller from 1978 went on to become an award-winning play and then, almost twenty years later, an NBC miniseries. Although I read this novel thirty years ago, the book’s main character, Bess Alcott Steed, modelled after the author’s grandmother, made such an impression on me that I have never forgotten her. Written entirely in the form of letters, the reader, along with those to whom Bess is writing, is endearingly swept under her persuasive spell. Reviews at the time described the book as “deft, articulate…irresistible” (Los Angeles Times), and “wonderfully appealing” (Publishers Weekly).

Ms. Hailey went on to write three more bestselling novels, all of which are in our collection. Joanna’s Husband and David’s Wife, published in 1987, is in the form of two journals (a husband’s and wife’s) so the reader sees their versions of the same events in alternating entries. The action is set in both New York and Los Angeles, and recognizing the neighborhoods and places adds to the enjoyment for those who have lived in either city. —Catherine McGowan, Circulation Librarian 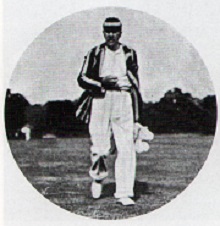 In the fin de siècle London of fog, gaslights, hansom cabs, a cunning, ruthless expert on crime and his bumbling chronicler. Sherlock Holmes and Dr. Watson? No: A.J. Raffles, master thief, and his adoring accomplice Harry “Bunny” Manders. Author E.W. Hornung married Arthur Conan Doyle’s sister, then inverted his thrilling mystery formula to give us literature’s most gentlemanly burglars, in three volumes of stories (collected in The Complete Short Stories of Raffles – The Amateur Cracksman) and one novel (Mr. Justice Raffles). Famed as a cricketer and man-about-town, Raffles gets invited to all the best houses and comes away with only the finest jewels and art, eluding the Yard through meticulous planning, clever disguises, and brazen nerve. Hapless scribbler Bunny adds verisimilitude with his guileless face and reckless loyalty. Cons: unabashed colonialism, period antisemitism, descriptions of cricket. Pros: witty, winning characters, nail-biting suspense, and a cracking good time soup to nuts. —Sara Holliday

Here are two mid-century New York novels that have not been inside a Library member’s home in 20 years. Warren Miller’s 1959 novel about Harlem teen gang members, The Cool World, is a fine piece of realism, made vivid by Miller’s ear for the street vernacular of the time. Although James Baldwin called it “one of the finest novels about Harlem” and it was adapted into an acclaimed 1964 film by pioneering independent director Shirley Clarke, it seems largely forgotten and sits, waiting, in stack 6.  Alan Kapelner’s Lonely Boy Blues (1944) chronicles a few months in the shattered lives of a Brooklyn family during WWII.  It somehow harkens back to proletarian realism of decades past while utilizing the innovations of modernism and a hip, jazz-inflected style that anticipates the Beat writers of the 1950s. If that sounds confusing or maddening, it occasionally is. However flawed, this is an adventurous work (edited by publishing legend Maxwell Perkins) from an author with a unique voice and approach.  Kapelner died in 1990, having published one other novel. (See previous Book Recommendation posts for my attempts to rescue member-neglected works by Edward Dahlberg, Malcolm Braly, and Charles Neider.)  —Steven McGuirl, Head of Acquisitions

If You Come Softly | Jacqueline Woodson

If You Come Softly is a book about two teenagers who don’t quite belong—and are forced to face the harsh reality of being teens without the support of their peers. Together, they lend each other strength and eventually, love. This book deserves attention; Jacqueline Woodson is a phenomenally skilled writer, whose words always find a way into the hearts of her readers.  She’s able to show rather than tell, and when it comes to the painful feelings of being an outsider, relates to this hurt on a personal level.  Readers will come away from this book feeling sure that they have found a friend in these characters, and in Woodson herself. —Danielle Gregori, Children’s Librarian

I stumbled headfirst into the steampunk realm of Gail Carriger last year. Her delightfully amusing stories take place in Victorian times, but feature the entertaining enhancements of a supernatural element, as well as an automaton servants. Etiquette & Espionage, the first in The Finishing School series, introduces the feisty teen heroine Sophronia, who is dispatched to a boarding school (Mademoiselle Geraldine's Finishing Academy for Young Ladies of Quality, stationed on an invisible dirigible!), which she quickly discovers will teach her the fine ladylike abilities of dress, decorum, and deceit. That’s right: this is a spy school for girls with the intent of finishing them, to be finishers! Sophronia’s teachers are a mix of human, vampire, and werewolf, and she learns as much from them in the classroom as she does sneaking down to hang with “the sooties,” who feed the coal burners keeping the airship afloat. Someday, I imagine this series will be adapted for a screen, but don’t you want to be among those who say with a yawn, "La...I read that way back in the 2010s?" Come up to the Stack 9 Young Adult collection and take this overlooked treat home for yourself. —Susan Vincent Molinaro, Children’s Librarian