We present to you the NYSL staff’s favorite reads for cat lovers from 3 to 103. After we selected our favorite mouse-centric titles from the stacks and Children’s Library, we thought it would be only appropriate to chase after them with those featuring cats. And considering how many times references to cats pop up in books, libraries, and literary circles, it seemed a natural pairing. We hope you find them to be the purr-fect choice for cozying up with, perhaps with a favorite feline by your side. 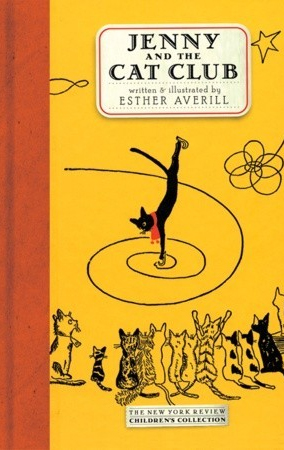 Jenny and the Cat Club | Esther Averill
Jenny is a sweet little black cat living in Greenwich Village with her owner, the Sea Captain Tinker. Upon joining the local Cat Club she finds herself among the ranks of the stylish Madam Butterfly, the imperial Mr. President, and Macaroni, a particularly spirited cat. Join Jenny and her friends as they tackle playful adventures such as attending school, going to sea, and navigating through the feline dangers of New York Society in this classic series of books written by Esther Averill. —Morgan Boyle, Assistant Children’s & YA Librarian

Bunnicula: A Rabbit-Tale of Mystery | Deborah and James Howe
Sure, the bunny’s the MacGuffin and the dog’s the narrator, but it’s Chester the tabby who drives the action—and drives everyone else to hilarious distraction in the Howes’ beloved 1983 chapter book. Brilliant, literary, and impossibly neurotic, Chester goes to creative extremes to convey the menace of their new housemate, a tiny rabbit who might just be a deadly vampire. Both are drawn to perfection in the wryly bewildered words of their fellow pet Harold. “Vegetables don’t have necks, Harold,” Chester condescends. “Vegetables are like that. It’s like dogs. Dogs don’t have brains. Dogs are like that.” Bam, cat. James Howe carried on the adventures of Chester, Harold, and Bunnicula in sequels including Howliday Inn and The Celery Stalks at Midnight. —Sara Holliday, Head of Events 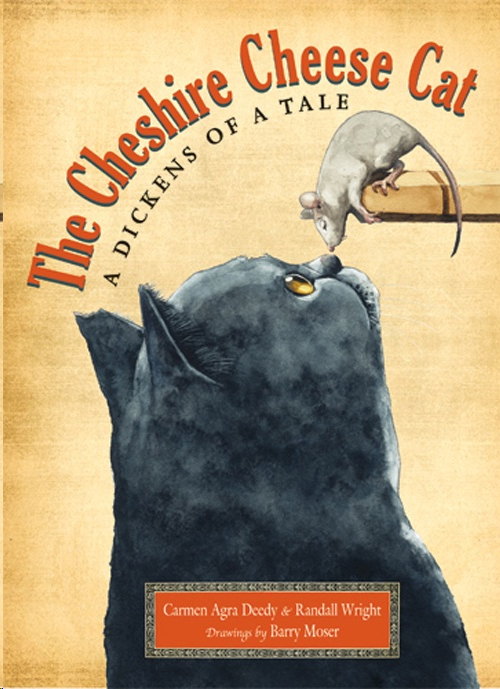 Curl up in a cozy nook and pick up The Cheshire Cheese Cat: A Dickens of a Tale to meet Skilley, a most unusual alley cat with a secret! Tired of life on Victorian streets filled with damp chill, swatting brooms, carriage wheels, and vicious tomcats, he finds refuge at the warm and cozy Cheshire Cheese Inn, home of the finest cheese in England. Posing as a top-notch mouser, complications ensue when Skilley makes a deal with an extraordinary colony of mice, befriends Pip, a mouse with big plans, and takes on Pinch, his nemesis from life on the street all while being scrutinized by the human denizens of the inn including one famous and keenly observant author. What is Skilley’s big secret? Will Pip’s plan to save the Empire work? Read this delightful tale to find out!
—Randi Levy, Head of the Children’s Library

Archie Snufflekins Oliver Valentine Cupcake Tiberius Cat | Katie Harnett
In award-winning illustrator Katie Harnett’s colorful debut picture book, a cat has made many friends amongst the neighbors on Blossom Street. As each person thinks of the cat as their own, he is given a variety of names, thus the ridiculously long, but fun, title. One day the friendly feline makes a new, unexpected friend, but suddenly there’s a cat-sized gap in the daily habits of the Blossom Street dwellers. They go looking for him and in their hunt, a stronger community is formed, all thanks to Archie Snufflekins Oliver Valentine Cupcake Tiberius Cat! To be perfectly honest, I am not a cat person and I know this will make some want to revoke my librarian card. But I am a passionate knitter, and there is yarn is this book, even on the endpapers, so I was immediately a fan. Three cheers for Archie, even if he’s a cat. —Susan Vincent Molinaro, Children’s & YA Librarian 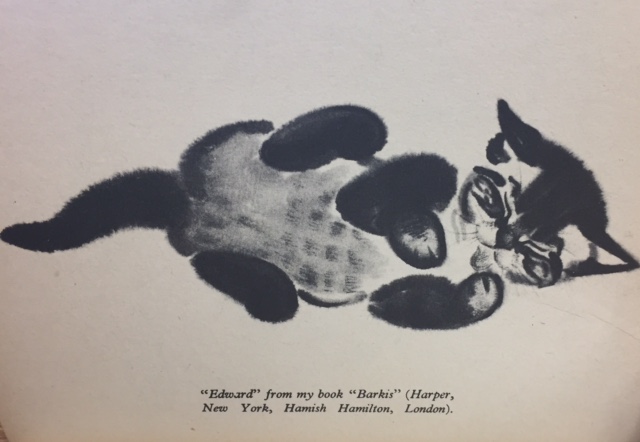 Drawing a Cat | Clare Turlay Newberry
This charming book was literally loved to pieces by our members—it has been sitting on my repair shelf for some time. I find the deliciously fuzzy “Charcoal”, and languid “Edward” particularly hard to resist. There are many other gems inside that are worth a peek, so keep an eye out for it when you’re in the neighborhood of Stack 12. (That is, when I’m finished with it!) —Christina Amato, Conservator

The New Yorker Book of Cat Cartoons | Various cartoonists
For nearly a century, the New Yorker has delighted readers with its dry wit in-depth journalism, and, of course, its distinctive funnies. Get your paws on this small collection of feline-inspired New Yorker cartoons.
—Alexander Bolesta, Circulation Assistant

Krazy Kat: The Comic Art of George Herriman | George Herriman et al.
Many cats are crazy, but there’s only one Krazy Kat. George Herriman’s iconic comic about a love triangle between a cat, a mouse, and a dog is absurd and recursive, hilarious and melancholy, and highly recommended. —Mia D’Avanza, Head of Circulation

Wish You Were Here | Rita Mae Brown & Sneaky Pie Brown
Curious and observant, cat detective Mrs. Murphy is on the hunt in Rita Mae Brown’s mystery Wish You Were Here. Aided by her corgi companion, Tucker, and her owner, Mary Minor “Harry” Haristeen, Mrs. Murphy must follow a trail of suspicious unsigned postcards to track down a killer before another falls victim. Mrs. Murphy’s investigations give life to the small town of Cozet, Virginia, but tensions rise as the locals – animals and humans like – begin to suspect one of their own. —Ashley-Luisa Santangelo, Bibliographic Assistant 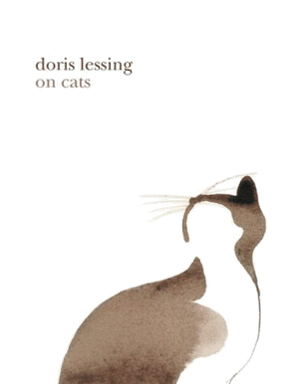 As a cat lover and a fan of Doris Lessing, I was delighted to discover in our stacks a small, square-ish, little volume of hers called simply on cats (636.8 L).  In this agreeably quick read, Lessing recounts a life with cats, beginning with the wild ones encountered on her childhood farm in Africa to her domesticated companions in England.  “A cat needs a place as much as it needs a person to make its own,” she writes, and Rufus the survivor, three-legged El Magnifico, and the nameless, beautiful (and knows it) grey cat, inhabit her kitchen, back gardens, dark closets, and nestle under her sheets as she makes her bed. This is Doris Lessing, after all, so there is a darkness to these stories too. But cat lovers will find much to identify with in this little book, and admirers of Doris Lessing will appreciate her beautiful, descriptive prose. —Carolyn Waters, Head Librarian