Home > Our Collection > Series Spotlight 3: the Concise, the Brief, the Short, and the Very Short

Series Spotlight 3: the Concise, the Brief, the Short, and the Very Short

“The covers of this book are too far apart.” —Ambrose Bierce

Housing a collection of close to 300,000 volumes for the “general reader,” our stacks contain rich, often deep, resources on all manner of topics. But if your curiosity about a subject finds you seeking more than an encyclopedia entry but less than that daunting comprehensive tome on the shelf, the Library has a number of book series covering a wide array of topics in a minimum number of words. Whether you are in a rush, distractions abound, or you just want something portable to take along on your commute to help fill in some knowledge gaps, there is likely something for you in one of the series linked to below. 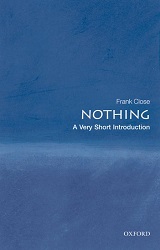 literature, history, social sciences, art, philosophy, politics, science, and more.  Well-known scholars such as Hermione Lee, Mary Beard, Roger Scruton, and many more have written books in the series. (The New Yorker recently published this article on the series.) Also from Oxford is the What Everyone Needs to Know series—concise overviews of topics from marijuana legalization and hydrofracking to Mexico, cybersecurity, and the Catholic Church.

For over 20 years, Cambridge University Press has been publishing its Concise Histories series, each book devoted to an individual nation. The Library has volumes covering Spain, Germany, Portugal, Sweden, Japan, New Zealand, and many more.

The newest series on offer at the Library is I.B. Tauris’s Short Histories. The Library has seven volumes thus far, with more on order, including books on the Phoenicians, the Estruscans, the Italian Renaissance, and the Wars of the Roses. All cover the subject at hand in about 200-250 pages.

Biography series will likely get their own their Spotlight post in the future, but a couple of “brief lives” series deserve mention here. In the mid-1950s, Knopf published its Great Lives in Brief series (the Library has over a dozen of these); and during the last several years acclaimed biographer Peter Ackroyd has been writing books in his own series, Ackroyd’s Brief Lives, on subjects like Chaucer, Chaplin, J.M.W. Turner and more.

If you are interested in art history, the World of Art volumes (Oxford University Press, 1977-1983; Thames and Hudson, 1984–) comprise a sprawling series of works on art history. The Library has 84 books in the series. Although few contain “brief," "short," or "concise” in their titles, most cover a broad subject in less than 250 pages housed in a compact book. 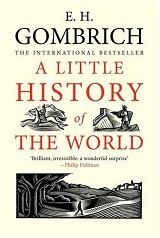 Books in Yale University Press’s Little Histories series are described as “vivid storybook introductions for the young and old alike.” The little series started out big with E.H. Gombrich’s Little History of the World and has taken on more manageable topics in subsequent volumes such as economics, religion,  literature, philosophy,  science , the United States,  and language. The books are nicely-designed and the authors are notable scholars in their field.

If you would like to see a series in the Library (or an individual volume missing from those above), log in to the website and fill out the Suggest a Purchase form.

Previous Series Spotlight articles: Writers in Their Time and Interviews.