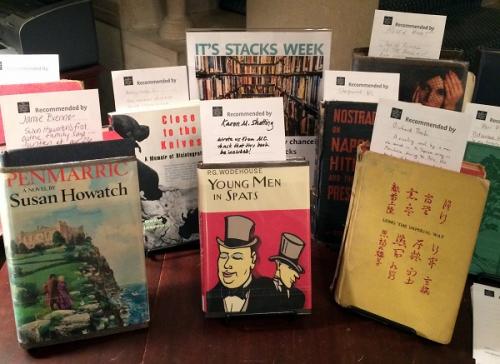 In our November e-news, we announced the Library's first official Stacks Week (November 12-21). We invited members to participate by pulling a favorite book that was found by chance while browsing or searching for another book in our open stacks, displaying the book on a table we set up in the lobby, and recommending it to fellow members. Blank slips—known as “shelftalkers” in the retail trade—were left on-hand so that members could provide a few lines describing the exceptional qualities of the book they chose to display.

If you weren’t in the building during this time, or missed the display in your haste to get to the stacks or the reading and writing rooms, we have reassembled the table below, including what was written on the shelftalkers.

Watch for announcements of future Stacks Weeks, and be sure to check out the rotating series of featured books displayed on the table by the main staircase in the lobby. For more book recommendations from the Library staff and occasional guest contributors, keep your eyes on this space. 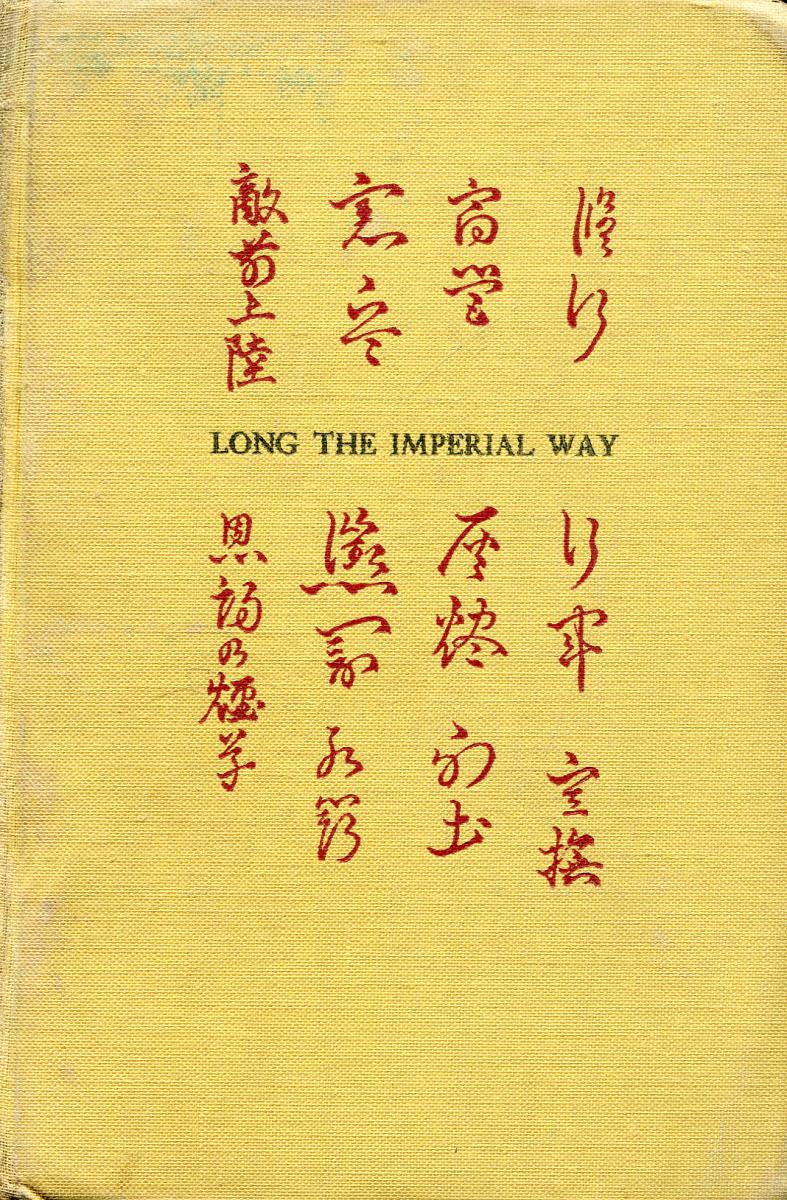 “A riveting novel by a man who served in the Japanese army in Manchuria during the 1930s. His depiction of how sadism maintained the hierarchy of the army as well as the manner in which the Emperor was both idol and unifying force for the soldiers are vividly described.”

Wagner's "Ring" and its Symbols: The Music and the Myth | Robert Donington

“Over 30 years ago, when we were getting to know each other, we were also getting to know Wagner’s Ring Cycle, and discovered this book at that time…a wonderful representation of the rich, rewarding complexity of the not only the Ring Cycle but of all Wagner’s operas.”

Close to the Knives: A Memoir of Disintegration | David Wojnarowicz

“The memoir of New York artist, David Wojnarowicz, who recently had a retrospective at the Whitney. [The Library owns the catalog of that exhibition, History Keeps Me Awake at Night, as well as The Waterfront Journals.]  He passed away due to AIDS complications.”

“In my favorite part of stack 9—the 400s, Languages and Linguistics—sits this old etymological ‘dictionary.’ See the entry for 'Taxicab.'”

365 Desserts: A Dessert for Every Day in the Year | Marion Harland, Harriet Schuyler Nelson

“A dessert for every day in the year! Tiny, but full of wonder, this might be the smallest cookbook in our collection. Recipes lost to time, with ambiguous directions. For a timely recipe, see November 27.” [The Library has hundreds of cookbooks to browse on stack 11, call number range 641.]

Not the End of the World | Kate Atkinson 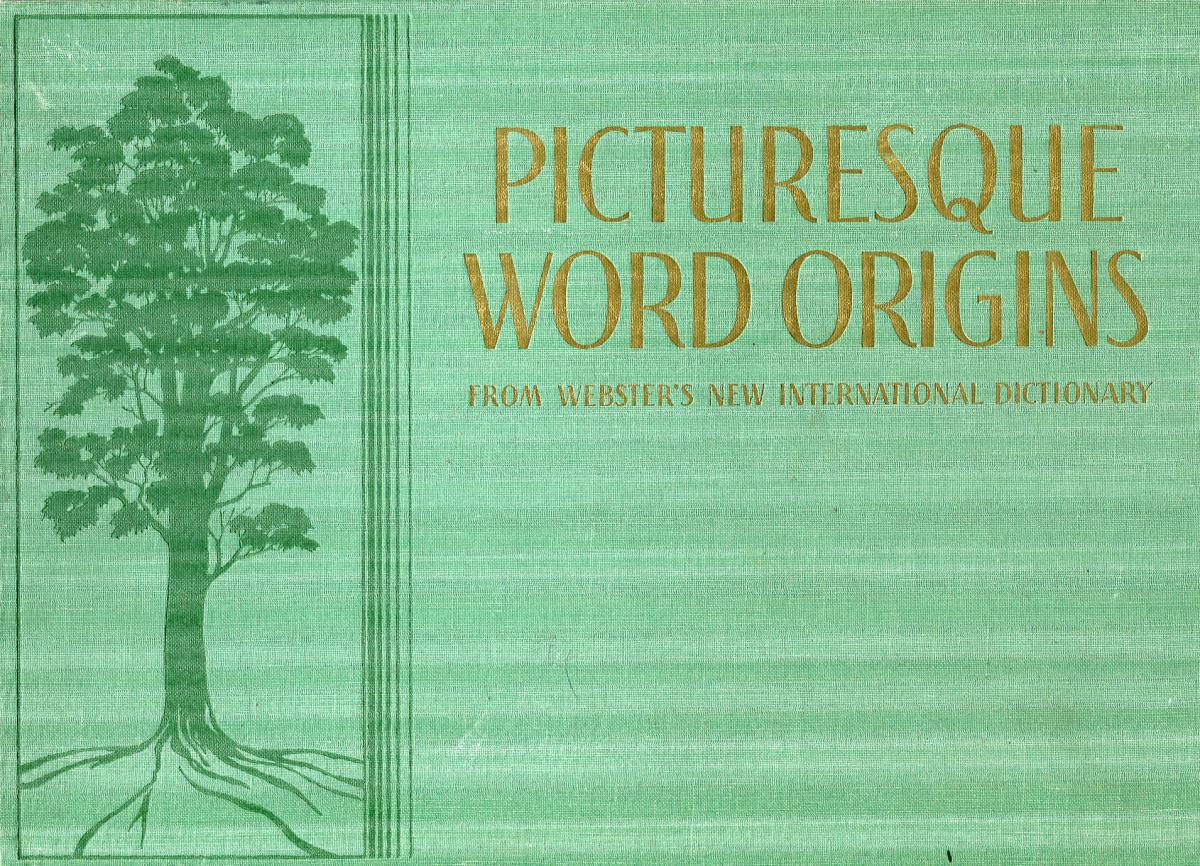 “Are you a fan of Atkinson’s mysteries or more recent war novels? Perhaps you will enjoy these (linked) short stories. I marked my favorite (‘The Cat Lover’).”

“Something Human by Mohamed Mehdevi is the fascinating memoir of a young Iranian man visiting the US for the first time in the 1960s.”

The World was my Garden: Travels of a Plant Explorer | David Fairchild

This book was left perched on the table without comment, and was unknown to us, but the American National Biography entry on author David Fairchild describes a fascinating man. Fairchild (1869 - 1954) worked for the USDA in its earliest days, where his official title was “agricultural explorer,” and spent 45 years traveling the world collecting plants, introducing over 200,000 species to the United States. In The World was my Garden, he describes his extensive world travels and his work. Fairchild's own photography illustrates the book. In November 1938, the New York Times ran this glowing review.

Not wanting to miss out on the fun, a Library member wrote to us from North Carolina asking that we include this collection of Wodehouse short stories originally published in 1936. Wodehouse is a long-time Library favorite (and former member), and the book was checked out within a couple of hours. 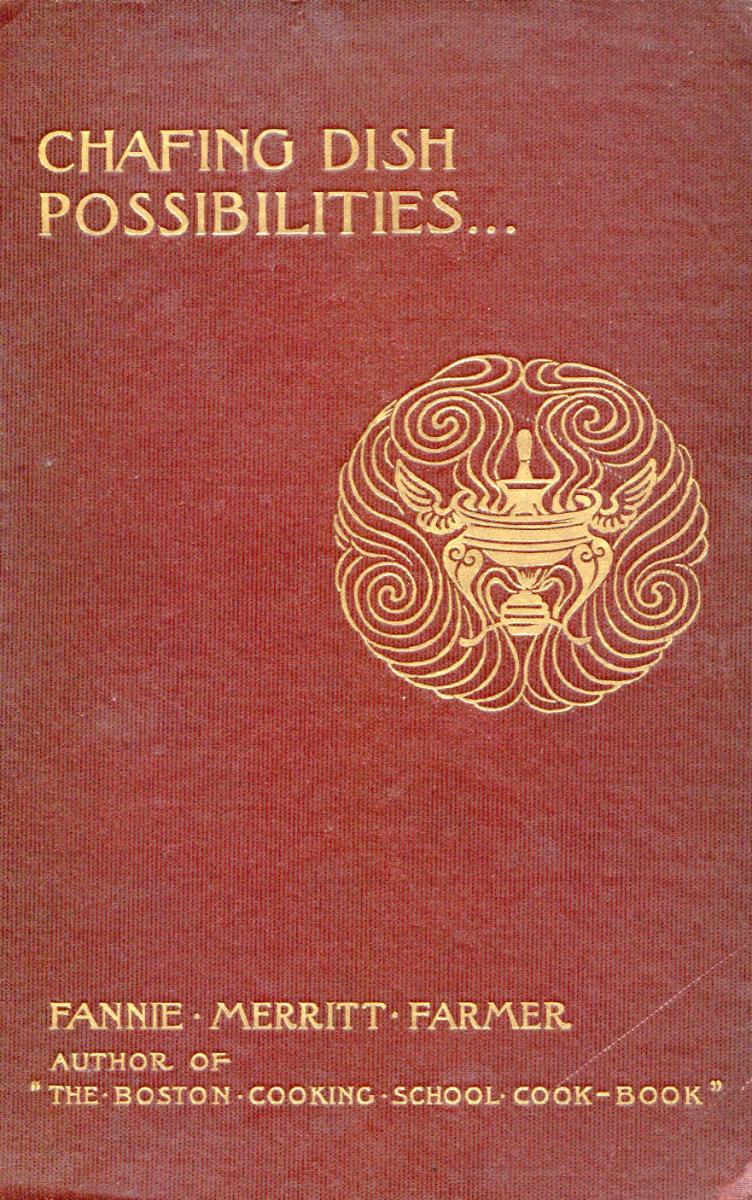 Nostradamus on Napoleon, Hitler and the Present Crisis | Stewart Robb

This 1942 volume was left on the table without comment, and its stark, black cover sat glaring at members and staff in our otherwise cheerful lobby for a few days before Thanksgiving. Was the recommender trying to tell us something? Does the book hold something important regarding our present crises of 2018?  Regardless, the New York Times critic who reviewed the book in 1942 was not impressed.

“Judith Krantz is the Queen of our classic trashy book club.”