Home > Our Collection > Travel and Exploration

Over 260 years, the Library has built a rich and varied collection of travel and exploration books dating from antiquity through the 21st century, describing journeys from the tropics to the poles, from well-heeled, carefree grand tours to harrowing tales of endurance and deprivation. Below you will find some recommendations from Library staff for your next armchair journey. Destinations range from 80 miles away on the NJ Turnpike to the deepest Amazon jungle, but the only mode of transportation required is our trusty stacks elevator.

In the most populous state in the nation, New Jersey’s vast Pine Barrens region is nonetheless still as open, uninhabited, and mysterious as it was when McPhee wrote this book. Rare pygmy pitch pines, carnivorous plants, Pine Barrens tree frogs (found only here, sounding like honking geese), as well as the misunderstood “Pineys” who live and work in the region are all found in McPhee’s glorious narrative. 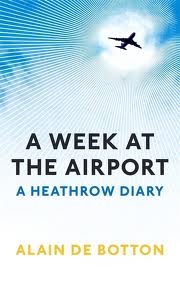 Most travelers rarely stop to explore or think about the “non-place” where many journeys begin and end. In this slim volume, de Botton makes London’s sprawling Heathrow Airport his destination as the airport’s first “writer-in- residence”. He spies on travelers—poignantly observing two lovers departing—and converses with everyone from security personnel to the airport’s chaplain, while reflecting on the nature of our global society. You may see Newark Liberty International Airport in a whole new light.

While I have probably recommended these books before, they still remain my favorite travel narratives ever so I feel compelled to include them (again): An African in Greenland by Tété-Michel Kpomassie (919.8 K) and The Unconquered by Scott Wallace (980.1 W). —Carolyn Waters, Assistant Head Librarian 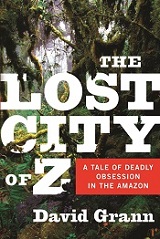 David Grann’s book has everything you could possibly want in an adventure story: cannibals, wild animals, secret maps, flesh-eating insects, and a swashbuckling hero ready for the challenge. Colonel Percy Fawcett was the last of the great Victorian explorers. His exploits were so outlandish that Arthur Conan Doyle would model the hero of The Lost World on him. In 1925, he returned to the Amazon with only his son and a friend in an attempt to find a city that he called “Z,” but that most called El Dorado. Many times before, Fawcett had entered the Amazon and fallen out of contact, only to reappear months later. Not this time. David Grann travels to the Amazon himself to recount Fawcett’s adventures and solve the mystery of his disappearance and of the lost city of Z. Grann is a fish out of water, and his struggles through the Amazon further highlight the bravery and daring of his subject, a real-life Indiana Jones. —Patrick Rayner, Acquisitions Assistant/Circulation Assistant

“One should not poke one’s nose into places where Nature does not want the presence of man.”

If you enjoy books of polar exploration such as Alfred Lansing’s Endurance: Shackleton’s Incredible Voyage (919.9 L) and Apsley Cherry-Garrard’s The Worst Journey in the World (919.9 C), check out 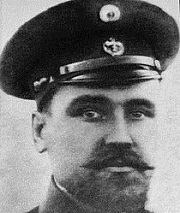 the comparatively overlooked In the Land of White Death by Valerian Albanov (first published in 1917). Searching for new Arctic hunting grounds, the Saint Anna set sail from Russia in August 1912 and was soon trapped in ice in the Kara Sea. Nearly two years later, Albanov and thirteen others finally left the Saint Anna and set off across the ice for Franz Josef Land, a ninety-day, 235 mile march of remorseless hardship and terror, with only an outdated map to guide them. The crew endured starvation, walrus attacks, sickness, and more. Only two survived. Albanov kept a daily record of the journey, and it is on this diary that his lean, suspenseful, book is based. An incredible leader and skilled navigator, Albanov was also an excellent writer. One comes away from this unforgettable book filled with admiration for his resilience and resourcefulness. For more historical tales of extreme exploration, the vivid retellings in Cassell’s Tales of Endurance (U.S. title: Off the Map) by Fergus Fleming (910.9 F) will keep your eyes glued to the page and make you thankful to be safe at home. And, finally, Hordern's Encyclopedia of Exploration, a 5-volume set in our first floor reference room, is a treasure trove of information, with the last volume devoted to "invented and apocryphal narratives of travel." —Steven McGuirl, Head of Acquisitions

In September I traveled to Armenia to see the early Christian architecture there. Before my trip, I picked up Vasily Grossman’s Armenian Sketchbook. A Jewish writer born in Ukraine, Grossman was a novelist who also worked as a journalist, covering some of the most devastating moments of the mid-twentieth century: the battle of Stalingrad, Nazi death camps, and the injustices of life in Stalinist Russia. After the KGB confiscated the manuscript of his masterpiece, Life and Fate, Grossman retreated to Armenia, taking a job as a fiction translator. During this trip he wrote Armenian Sketchbook, a series of reflections on the landscape (solid rock, everywhere, everything, rock!), the people, the cognac, and the day-to-day of the trip. His Armenian story is vivid and loving, but his digressions on the nature of memory and impressions, his feelings as a linguistically bankrupt tourist, and his daily thoughts and moods are truly profound. The book is now one of my favorites in any genre because Grossman writes so well about a fundamental experience of travel. Far removed from the familiar, in the company of strangers or even all alone, one sees oneself. —Erin Schreiner, Special Collections Librarian 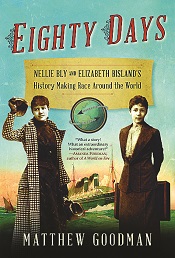 On the same day in 1889, two pioneering women journalists set off from New York in opposite directions. Nellie Bly was born in Pennsylvania and established a new kind of investigative journalism. Elizabeth Bisland was born in Louisiana and wrote primarily about literature. Bly’s goal: beat Jules Verne’s fictional record of travelling around the world in 80 days. Bisland’s goal: beat Nellie Bly. Bly’s and Bisland’s differing backgrounds and personalities shaped the way they travelled and what they appreciated. Through the press coverage of the journeys and the women’s journals, Matthew Goodman provides two very different views of the world from two very different women.

Carl Hoffman decided to experience travel the way that so many people do: out of necessity, rather than for pleasure. The author sought out the most dangerous transportation options—the airlines with the worst safety records, long- distance buses in South America that routinely plummet from the cliff-side roads they travel on, the ferries in Asia that all too often sink simply because they are so overloaded—and lived to tell the tale. Along the way, we meet the fascinating and incredibly friendly people he encounters. This book is a call to adventure and a demonstration of how extraordinarily far one can still get from our modern civilization despite its global reach. —Matthew Bright, Catalog Librarian/Systems Assistant 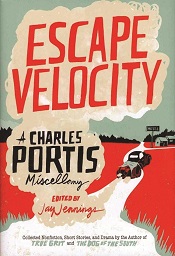 The title Escape Velocity admits to the gumption Southerners can never quite summon to stray too far from home for too long. However, in the short piece “Motel Life, Lower Reaches,” Portis (an Arkansas writer widely famous for True Grit and cult-famous for his flights of comic genius) finds a noble dignity and poignant tactility among the threadbare towels, defective cooling units, mysterious smells, sickly lighting, and diner-fried country steak that comprise the bargain traveler’s humble existence. Much of his oeuvre—especially the novels Norwood and The Dog of the South—features an idiosyncratic troupe of ramblers and dreamers leaving their comfort zones. They tour the highways and byways of the heartland and those of that other America (Central); cross paths with nomadic con men and loquacious freeloaders; and prove—to equally humorous effect—the heights and hypocrisies of their self-proclaimed perceptiveness. —Brynn White, Bibliographic and Systems/Digital Projects Assistant 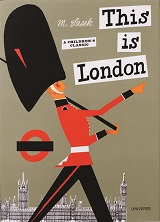 Planning a trip to Europe with the kids, just back from one, or merely in need of some sofa sojourns? Then check out any of Miroslav Sasek’s vintage This is… series exploring cities near (NYC) or far (London, Paris, Rome). If your children are eager early readers, also try Tim Egan’s Dodsworth series (Juv-YR E) featuring the title character encountering the sights of New York, Paris, and Rome, all the time chasing down his wayward quacking sidekick. Finally, for older girls, there are the diaries of Melanie Martin, by Carol Weston (Juv-F W), chronicling family trips to Italy, Holland, Spain, and back home in Manhattan. Wherever you’re bound, whatever the age, these adventures are sure to entertain young readers on the go. —Susan Vincent Molinaro, Children’s and Interlibrary Loan Librarian