Home > Our Collection > What to Read After Dobbs by Rickie Solinger

What to Read After Dobbs by Rickie Solinger

After the Supreme Court handed down Roe v. Wade in 1973, anti-abortion activists worked for nearly fifty years to overturn the decision and recriminalize abortion. This summer, with the Court’s decision in Dobbs v. Jackson Women’s Health Organization, opponents of abortion have achieved a core goal. Abortion is no longer a national right (with state-specific conditions) for people unwillingly or unmanageably pregnant. For the present, abortion is legal, if not always accessible, on a state-by-state basis, with thirteen states having outright banned the procedure or severely restricted access as of September 2022.

People who don’t have the resources to travel to a state where reproductive health services are legal, and people who face pregnancy-related medical emergencies in states that curb physicians’ right to make decisions in the interests of their patients’ health and life, will quickly come face to face with the limits of their status as full citizens or even full persons, lacking control over their own bodies.

Since Roe, and at a quickening pace recently, this idea—that reproductive rights are human rights—has been at the center of a stream of books redefining how we understand this arena. 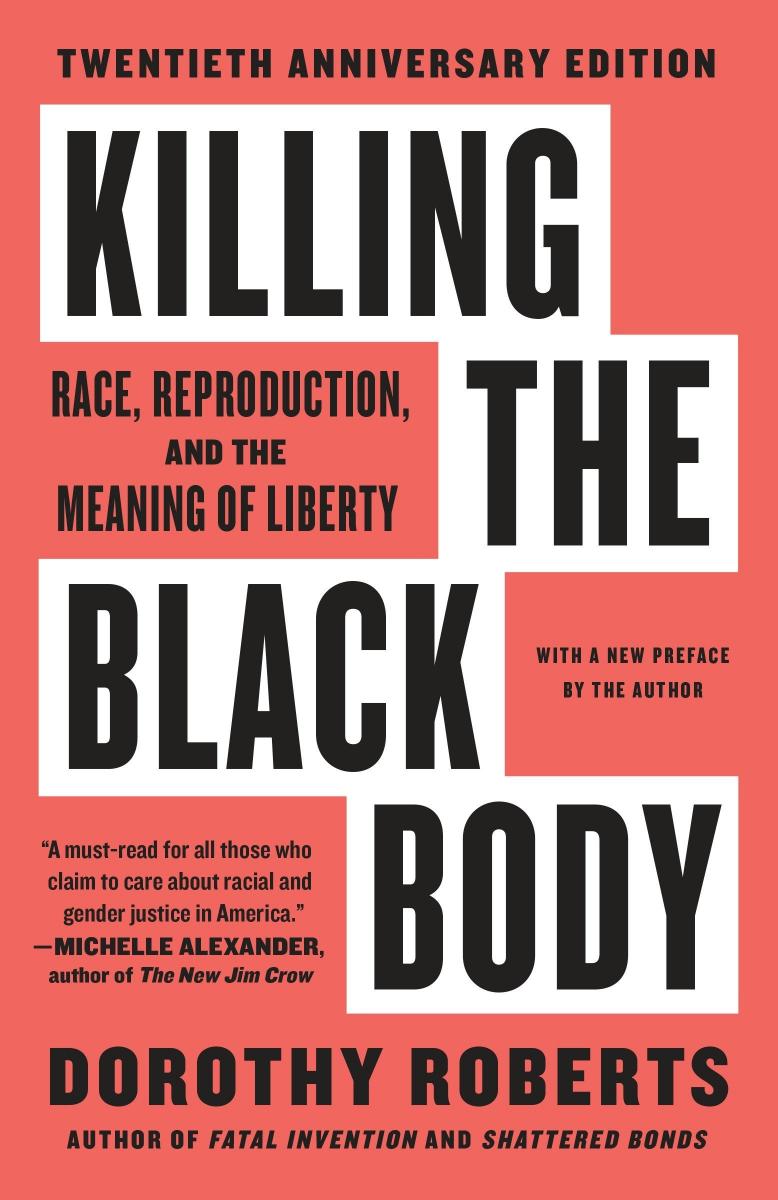 The most influential book of this era is Dorothy Roberts’s Killing the Black Body: Race, Reproduction, and the Meaning of Liberty (1997).  In a series of well-written, essay-like chapters, Roberts, a law professor, traces how racial slavery and post-slavery regimes, and then, one hundred years later, the war on social provision (“welfare”) and anti-immigration policies, disfigured the reproductive lives and human rights of women of color. She explains the modern consequences of associating reproductive dignity and safety with the concept of individual autonomy (“choice”), not with social justice. Roberts shows that individual autonomy has never facilitated poor women’s “reproductive liberty,” a status that necessarily depends on self-determination and on the right to be free from abuse of government power.

Leslie Reagan’s landmark book, When Abortion Was a Crime: Women, Medicine, and Law in the United States, 1867-1973 (rev. ed. 2022) focuses on the ways that law and policy created ever-shifting terrains of reproductive criminality and how girls and women resisted, submitted, and met their “just desserts.” Most relevant for our moment, she captures what it took for state and federal governments to create and sustain a gendered system of punishment from the mid-19th century forward, a system that placed women (in part according to their race and class), through their reproductive lives, at odds with the state and in danger.

Somebody’s Children: The Politics of Transracial and Transnational Adoption (2012), by Laura Briggs, is especially relevant in the aftermath of Dobbs when Supreme Court Justice Amy Coney Barrett imagines adoption functioning as the solution to “unwanted” pregnancy. Briggs looks at transnational adoption and considers the kinds of conditions this practice has depended on.  Her focus is especially on the transfer of children from Latin American countries engaged in civil wars in the 1980s and ‘90s, to the United States. “Third World” adoption became as indispensable to creating and sustaining neoliberal social and economic order as anti-communism, military intervention, the War on Drugs, and free trade agreements.  Adoption, she shows, became “an ideal neo-liberal solution” for a number of governments interested in punishing insurgents, creating income streams, and dismantling state services. Briggs is also very helpful regarding the attractiveness of these arrangements for the U.S. government and families seeking adoptable children. Reading reproductive politics through the lens of U.S. foreign policy, Briggs makes the case that adoption, especially in the maw of state- sponsored terror and other violent political agendas, is an index of the political and social vulnerability of some female populations in the so-called sending countries. 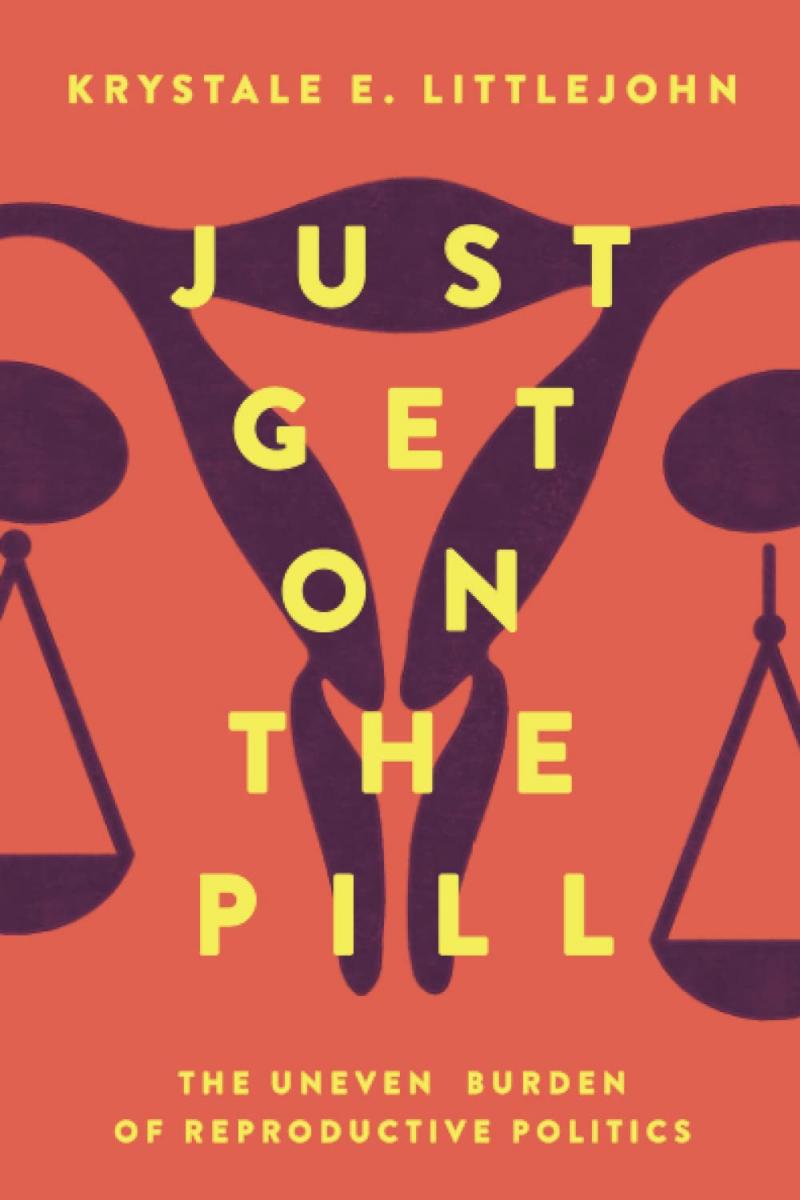 Justice Thomas’s concurring opinion in the Dobbs decision warns that the right to contraception is a valid next target for the Court, a threat that has stimulated considerable worry about this everyday resource Americans have taken for granted since the 1960s. Krystale Littlejohn’s excellent, short, and timely book, Just Get on the Pill: The Uneven Burden of Reproductive Politics (2021), makes the case for birth control as an essential feature of reproductive rights and also as fraught terrain. Using a collection of richly revealing stories, she documents and assesses the many ways that pressures and responsibilities around the use of birth control are unequally shared by heterosexual couples, suggesting one way that the bedroom remains an arena where unequal and gendered pressures still prevail.

Eugenic Nation: Faults and Frontiers of Better Breeding in America (2nd ed. 2016) by Alexandra Minna Stern is about the enduring commitment in the United States to another form of inequality linked to sex and reproduction. Stern’s book is shocking because it shows how politics, policies, laws, and institutional practices have facilitated and rewarded breeding for a dominant white society, from the founding era forward. Not stopping there, Stern ties these foundational commitments to present-day policy and law, finding vital examples in contemporary institutions such as prisons, schools, and healthcare institutions, and in genomic science and its applications. I always think this book is essential reading for people looking to deepen their understanding of American democracy and its limits.

Finally, two big ideas about reproductive politics have reshaped the way scholars, activists, practitioners, and others have come to think about these matters in recent decades: “intersectionality” and “reproductive justice.” The first refers to the ways that one aspect of a person’s (or a group’s) identity interacts with other aspects to create layered and enmeshed obstacles (or favorable conditions), in this case for reproduction. For example, a low-income, gay, person of color trying to become a parent may be blocked by fertility-clinic rules, adoption agency practices, racially inflected pay scales, religious dicta, and other institutional and attitudinal barriers. That is, a number of features of this person’s identity stimulate one or more institutional biases, each bias intersecting with and reinforcing the others, and, all together, constraining or even punishing reproduction. 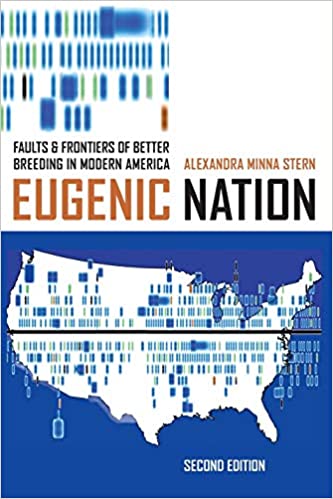 Rickie Solinger is a historian and a curator. She has written or edited a dozen books about reproductive politics and satellite subjects, including Wake Up Little Susie: Single Pregnancy and Race before Roe v. Wade (1992, 2000); The Abortionist: A Woman Against the Law (1994, 2019); Pregnancy and Power: A History of Reproductive Politics in the U.S. (2005, 2019); and Reproductive Justice: An Introduction, with Loretta Ross (2017). Her edited volumes include Reproductive States: Global Perspectives on the Invention and Implementation of Population Control (2016); Telling Stories to Change the World: Global Voices on the Power of Narrative to Build Community and Make Social Justice Claims (2008); and Interrupted Life: Experiences of Incarcerated Women in the United States (2010).  Solinger has curated art installations and exhibitions associated with the themes of her work that have traveled to over 150 college and university galleries and museums.  She is the senior editor of the Reproductive Justice book series at the University of California Press.