In need of some levity in a perplexing year, I found myself reaching out for humor and two very different books filled the bill. Paul Beatty’s brilliant satire (and winner of 2016 Man Booker Prize) The Sellout (ebook available) provided a near constant stream of guffaws, yet was so original, provocative, and challenging that I felt my education in racial politics was just beginning. I also enjoyed Caitlin Moran’s highly entertaining How to Build a Girl, which features an unlikely young heroine, a wacky cast of characters, plenty of ‘90s alt-rock nostalgia, and the most joyful description of a first plane ride you’ll ever read. —Carolyn Waters, Head Librarian 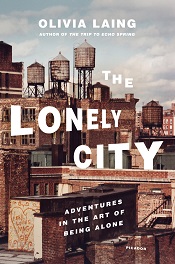 Olivia Laing moved to New York City for a relationship that quickly dissolved.  Soon she was adrift—lost and alone among the crowds.  Increasingly feeling like the subject of an Edward Hopper painting, Laing decides to investigate the idea of loneliness, using memoir, biography, and criticism as her tools.  The result is The Lonely City, a book that juxtaposes Laing’s isolation with the life stories of several New York City artists, whose status as outsiders tormented them and fueled their creativity.  Hopper and Warhol are familiar names, but Laing is at her most riveting with the stories of David Wojnarovicz and Klaus Nomi, as well as her own struggles.  Much of it makes for uncomfortable reading, but it is beautifully executed and incredibly moving.  It winds up more than the sum of its parts and, at its best, becomes the thing any book about loneliness might strive to be—singular. —Patrick Rayner, Acquisitions Assistant / Circulation Assistant

The high point of my reading in 2016 was Francesca Kay’s first novel, the perfectly titled An Equal Stillness (2009).  The story takes the form of a biography of a fictional female artist named Jennett Mallow. We don’t learn who the biographer is until the end of the book, but we know his motive: “if her painting is important…then so is her experience.” The ground covered in this brief novel may sound familiar—how does a woman (especially one born in 1924) balance her roles as wife, mother, daughter, and artist—but rarely has it been done so sparely and beautifully. Finally, the descriptions of Mallow’s artwork are absolutely exquisite, proving that a writer of exceptional talent can truly paint pictures with words. I would also recommend Kay’s second novel, The Translation of the Bones, which is very different in mood, and has more of the feeling of a traditional British novel, while dealing with difficult themes of faith and emotional isolation. I look forward to reading her new book, The Long Room (ebook) .  —Diane Srebnick, Membership and Development Assistant

Neil Gaiman’s The View from the Cheap Seats: Selected Nonfiction made me proud and freshly inspired to be a lover of books. His heartfelt, eloquent, and often hilarious speeches remind us why we—readers, writers, librarians—do what we do. Singular insights in dozens of forewords, op-eds, and think pieces taught me things about genre and popular literature that I never knew I was missing. It also sent me running to visit or revisit Gaiman’s own modern classics like Good Omens (co-authored with the late, lamented Terry Pratchett), American Gods, and The Graveyard Book. Dip in for deep thoughts on canon like Chesterton or Lovecraft, or let a master reader and creator lead you to a new favorite. —Sara Holliday, Head of Events

the Kid; Edmund Gosse's lovely 1907 memoir Father and Son; and a re-read of Harry Crews’s A Childhood. But when I look back on reading in 2016, this was the Year of Portis. While a heavy darkness seemed to roll across the world, Charles Portis’s comic novels offered welcome respite. In terms of timing, tone, confounding expectations, characterization, invention, selection of details—whatever it is that goes into the business of making people laugh—Portis hangs in there with the masters.  He is a skillful writer of dialogue, generously providing his characters with vivid, unforgettable voices, and like any good comedian, he never loses sight of the alternative—inconsolable sadness, madness—always lurking on the other side of the laugh.  I am half-way convinced his novels can cure hangovers, too.  There only five of them, so pace yourself: True Grit is perhaps the best (I already praised it here), the road narrative Dog of the South is the funniest, Masters of Atlantis and Norwood are very close behind. I am saving Gringos for 2017. —Steven McGuirl, Head of Acquisitions

As Good As Gone, by Larry Watson, was one of those books that immediately looked interesting when I read the jacket copy after it was checked in by a member. Now I remember it as a favorite among the books I read this year, and I am glad to have learned about this wonderful author. (I later found out that another staff member, Patrick Rayner, has also enjoyed his writing.) Set in Montana in 1963, a grandfather returns to the small town he is from to help care for his eleven and seventeen year-old grandchildren and finds rumors swirling about him. Watson creates a compelling story, and as a reader you feel the importance of what is at stake even though the situation is not entirely out of the ordinary.

I went on to read another of Watson’s short novels, Montana 1948 about a family’s interactions with their Sioux neighbors from the nearby reservation. My houseguest picked it up and read it in its entirety the night she was visiting. It is also one that really takes you in.—Catherine McGowan, Circulation Librarian

I was surprised to discover that Homegoing (e-book) is Yaa Gyasi’s debut novel. Ambitious in scope, it starts in the 17th-century and follows a family's history to the present day. A key part of that history is the slave trade in Africa, America, and England, with the Gold Coast as the center of the narrative. I particularly appreciated the opportunity to see each family member in different phases of their life through Gyasi’s brief and poignant vignettes. Each character’s decisions affect their descendants in surprising ways that propel the story forward, weaving a narrative that transcends the specificity of these characters and speaks to the human experience with empathy and honesty.  —Mia D’Avanza, Head of Circulation 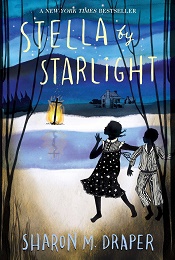 Children's and YA Books

I read many excellent children’s books in 2016. Though it was difficult to pick just one favorite, the historical tale for readers ages 9-99, Stella by Starlight, by Sharon Draper stands out for the realistic, detailed, heartrending, and ultimately hopeful unfolding of 11-year-old Stella’s story of growing up black in a small, segregated North Carolina town during the Great Depression. Though she is one of the brightest students in school, Stella struggles to express herself in writing. In spite of this challenge, she sneaks out of bed nightly to write under the stars and attempts to makes sense of a world that includes Stella’s close-knit, caring community and the hateful and harrowing racial divisions, injustice, and simmering violence in her town and the wider world. Stella’s own writing is interspersed throughout the story, giving a true sense of her growing voice and courage.  —Randi Levy, Head of the Children’s Library

After winning the Printz Medal, Libba Bray next jumped on friend and fellow YA author David Levithan’s pitch to write about what happens when a plane full of teen pageant contestants crash lands on a tropical island. Beauty Queens (ebook available) came out in 2011, but its fierce themes of feminism and misogyny are still relevant today. Bray has constructed a serious social commentary that revolves around women, the media, and beauty, but she has enveloped it all within SNL-worthy comedic scenarios. Consider yourself warned if you take this book out for reading in public. After you’ve finished it, you will want to encourage everyone you know to read it, so they can laugh, learn, and nod in agreement, too.

Finally, to end with a commercial, like the fake ones sprinkled throughout the book: If you’re a fan of Bray and Levithan, we invite you to join us when they visit the Library for a shared conversation moderated by their friend, librarian Jennifer Hubert Swan on Sunday, January 29th at 3 PM in the Members’ Room. —Susan Vincent Molinaro, Children’s Librarian

Brian Selznick’s newest novel, The Marvels, may look intimidating, but like previous works such as The Invention of Hugo Cabret, the novel is comprised mostly of stunning pictures drawn by Selznick.  The Marvels  follows two different timelines: one of the Marvel family through several generations of famous actors and actresses, and the second is of a boy running away from home, who stumbles into a larger-than-life secret. The stories are both heartwarming and beautiful, with an ending that is sure to make you want to go back to the beginning and read it again.  Selznick is a master storyteller who uses both sequential art and a print narrative to bring life to characters you desperately want to befriend by the end of the book.  The best part? The author’s note reveals that some of the characters in the book really existed and the story is based in reality, making the magic of The Marvels even more enchanting. —Danielle Gregori, Children's Librarian