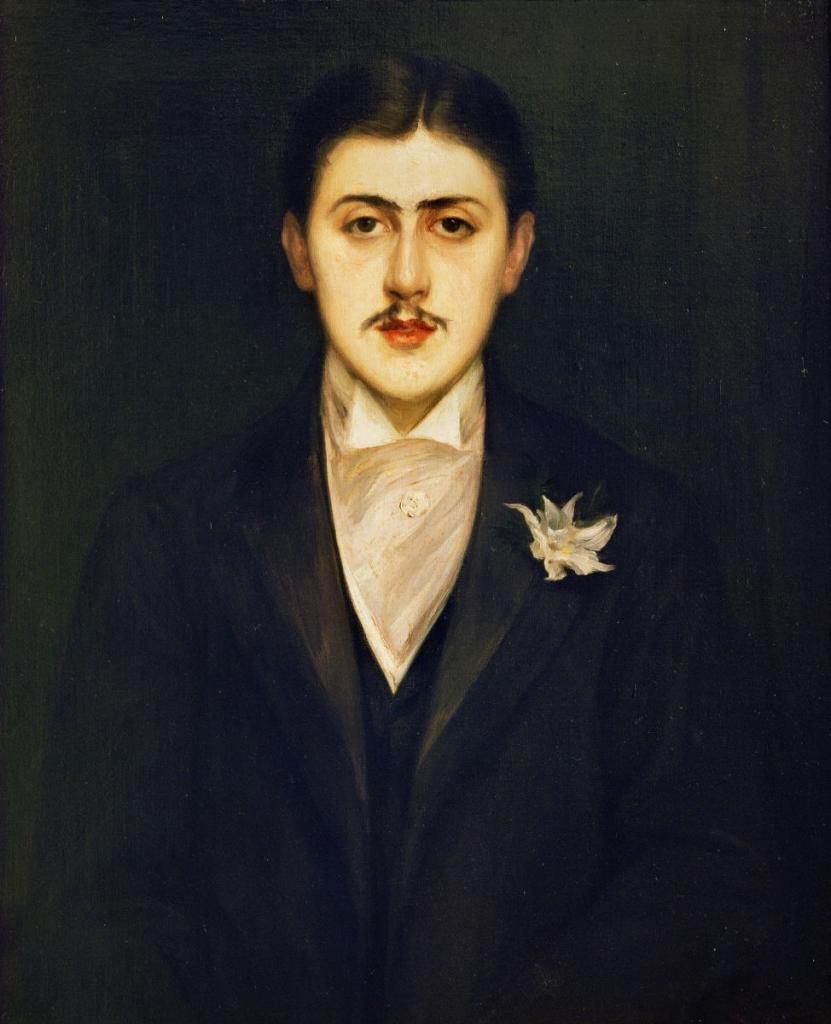 REGULAR REGISTRATION FOR THE MEMBERS' ROOM EVENT IS NOW CLOSED.

SPACE IS STILL AVAILABLE IN THE LIVESTREAM: CLICK HERE TO REGISTER.

We may be able to make a few additional Members' Room seats available prior to the date. To be notified of that availability, contact the events office.

For over a century, Marcel Proust has shown us how time can be converted into meaning. He has helped us to reconcile the wholeness that we seek with the absence that we feel as time passes. He has given us a language through which we can locate ourselves amidst the unflagging march of history and of progress.

This special three-hour event brings together experts who have devoted their lives to Proust’s In Search of Lost Time, as they discuss key moments in the text and reflect on the impact of Proust’s great work on the world. The panelists are Christine Cano, Antoine Compagnon, Elisabeth Ladenson, and Edmund White, with Noam Scheindlin moderating. Actors Paul Moran and Flo Ankah read passages from Proust's work. Wine and madeleines will be served.

Christine M. Cano is an Associate Professor of French at Case Western Reserve University. She holds a Ph.D. from Yale University. She is the author of Proust's Deadline (University of Illinois Press) and has published articles on book reception histories, journalism and the French press, and political travel writing.

Antoine Compagnon is Professor of French literature at the Collège de France, Paris, and the Blanche W. Knopf Professor of French and Comparative Literature at Columbia University, New York.  He is the author of many books on literary history and criticism from the Renaissance to modernity, most recently Proust du côté juif (Gallimard 2022) and La vie derrière soi (Des Equateurs 2021). Compagnon is a member of the Académie Française.

Elisabeth Ladenson is Professor of French and Comparative Literature at Columbia University and General Editor of the Romanic Review. She is the author of Proust's Lesbianism (Cornell University Press, 1999) and Dirt for Art's Sake: Books on Trial from Madame Bovary to Lolita and has published essays on a wide range of subjects. She is working on a book called Proust in the Margins: Jew, Homosexual, Snob.

Edmund White is the author of many novels and essays, including Forgetting Elena, A Boy's Own Story, The Beautiful Room Is Empty, and, most recently, A Previous Life. He has published biographies of Marcel Proust and Jean Genet. He was named the 2018 winner of the PEN/Saul Bellow Award for Achievement in American Fiction and received the 2019 Medal for Distinguished Contribution to American Letters from the National Book Foundation.

Noam Scheindlin holds a PhD in Comparative Literature from the Graduate Center, CUNY, and teaches at the City University of New York. He has published articles on Proust and Georges Perec, and other literary topics, and regularly teaches the Proust Seminar at the 92nd Street Y in New York. He is at work on a study of Proust’s early drafts of In Search of Lost Time.

This event is co-sponsored by the New York Society Library and the Proust Reading Group.