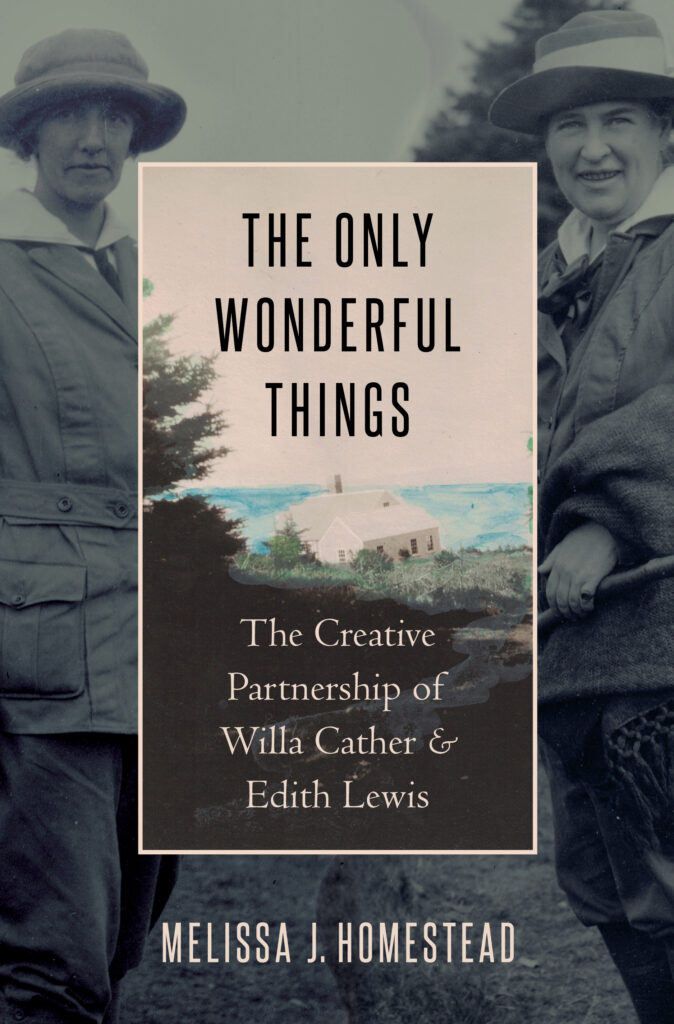 JOIN US FOR THE STREAMING DEBUT OF THIS RECORDED EVENT FRIDAY, AUGUST 20, AT NOON

PURCHASE THE ONLY WONDERFUL THINGS FROM THE CORNER BOOKSTORE

What would Willa Cather's widely read and cherished novels have looked like if she had never met magazine editor and copywriter Edith Lewis? In this groundbreaking book on Cather's relationship with her life partner, author Melissa J. Homestead counters the established portrayal of Cather as a solitary genius and reassesses the role that Lewis, who has so far been rendered largely invisible by scholars, played in shaping Cather's work. Inviting Lewis to share the spotlight alongside this pivotal American writer, Homestead argues that Lewis was not just Cather's companion but also her close literary collaborator and editor.

Drawing on an array of previously unpublished sources, Homestead skillfully reconstructs Cather and Lewis's life together, from their time in New York City to their travels in the American Southwest that formed the basis of the novels The Professor's House and Death Comes for the Archbishop. After Cather's death and in the midst of the Cold War panic over homosexuality, the story of her life with Edith Lewis could not be told, but by telling it now, Homestead offers a refreshing take on lesbian life in early twentieth-century America.

This event will be introduced by Andrew Jewell, who spoke at the Library on Cather in 2018.

Melissa J. Homestead is Professor of English and Program Faculty in Women's and Gender Studies at the University of Nebraska-Lincoln. A graduate of Smith College and the University of Pennsylvania, she has published widely on American women's writing and authorship from the late 1700s through the early 1900s. She serves as Director of the Cather Project and Associate Editor of The Complete Letters of Willa Cather: A Digital Edition.