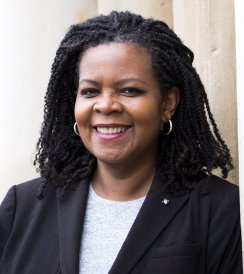 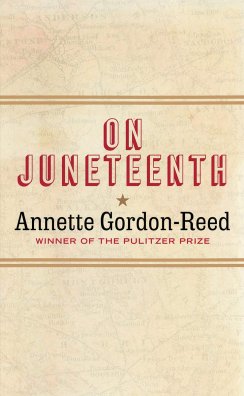 This event was rescheduled from June 17. Registration is open (through the Boston Athenaeum) for the new date, June 30, 6:00 PM.

Interweaving American history, dramatic family chronicle, and searing episodes of memoir, Annette Gordon-Reed, the descendant of enslaved people brought to Texas in the 1850s, recounts the origins of Juneteenth and explores the legacies of the holiday that remain with us.

From the earliest presence of black people in Texas―in the 1500s, well before enslaved Africans arrived in Jamestown―to the day in Galveston on June 19, 1865, when General Gordon Granger announced the end of slavery, Gordon-Reed’s insightful and inspiring essays present the saga of a “frontier” peopled by Native Americans, Anglos, Tejanos, and Blacks that became a slaveholder’s republic. Reworking the “Alamo” framework, Gordon-Reed shows that the slave-and race-based economy not only defined this fractious era of Texas independence, but precipitated the Mexican-American War and the resulting Civil War. A commemoration of Juneteenth and the fraught legacies of slavery that still persist, On Juneteenth is a stark reminder that the fight for equality is ongoing.

Annette Gordon-Reed is the Charles Warren Professor of American Legal History at Harvard Law School and a Professor of History in the Faculty of Arts and Sciences at Harvard University. Gordon-Reed won sixteen book prizes, including the Pulitzer Prize in History in 2009 and the National Book Award in 2008, for The Hemingses of Monticello: An American Family (W.W. Norton, 2008). In addition to articles and reviews, her other works include Thomas Jefferson and Sally Hemings: An American Controversy (UVA Press, 1997). Vernon Can Read! A Memoir, a collaboration with Vernon Jordan. (PublicAffairs 2001), Race on Trial: Law and Justice in American History (Oxford University Press, 2002), a volume of essays that she edited, Andrew Johnson (Times Books/Henry Holt, 2010) and, most recently, with Peter S. Onuf,  Most Blessed of the Patriarchs: Thomas Jefferson and the Empire of the Imagination (Liveright Publishing, 2016). Gordon-Reed was the Vyvyan Harmsworth Visiting Professor of American History at the University of Oxford (Queens College) 2014-2015. Between 2010 and 2015, she was the Carol K. Pforzheimer Professor at the Radcliffe Institute for Advanced Study at Harvard University.  She was the 2018-2019 President of the Society for Historians of the Early American Republic. She is the current President of the Ames Foundation.  A selected list of her honors include a fellowship from the Dorothy and Lewis B. Cullman Center for Scholars and Writers at the New York Public Library, a Guggenheim Fellowship in the humanities, a MacArthur Fellowship, the National Humanities Medal, the National Book Award, the Frederick Douglass Book Prize, and the George Washington Book Prize, and the Anisfeld-Wolf Book. Gordon-Reed was elected a fellow of the American Academy of Arts and Sciences in 2011 and is a member of the Academy’s Commission on the Humanities and Social Sciences. In 2019, she was elected as a member of the American Philosophical Society.

Award-winning historian Elizabeth Cobbs brings fresh, unexpected perspectives to our understanding of the past and present. Building upon worldwide research and extraordinary life experiences, Elizabeth writes best selling  fiction and non-fiction that is both scholarly and witty. Her path-breaking books and articles reveal a world that is as intriguing and surprising as it is real.

Elizabeth earned her Ph.D. in American history at Stanford University. She now holds the Melbern Glasscock Chair at Texas A&M University. Her books have won four literary prizes, two for American history and two for fiction. Elizabeth has been a Fulbright scholar in Ireland and a Fellow at the Woodrow Wilson International Center for Scholars in Washington, D.C. She has served on the Historical Advisory Committee of the U.S. State Department and on the jury for the Pulitzer Prize in History.

This event is presented by the Boston Athenaeum, part of the Membership Library Group.