Home > Our Events > The President's Wife and the Librarian: Letters at an Exhibition 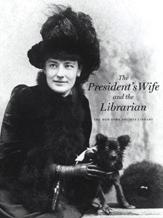 The President's Wife and the Librarian: Letters at an Exhibition

In 1980, Alice Gore King donated 588 letters to the Houghton Library at Harvard University. The letters had been written by Edith Kermit Roosevelt to Miss Kingís mother, Marion King, between 1920 and 1947. Mrs. Roosevelt was the wife of Theodore Roosevelt, the 26th President of the United States. Marion King was, for almost fifty years, a staff member at The New York Society Library. This treasury of letters documents the little-known friendship between the Presidentís wife and the Librarian. This exhibition marks the first time this relationship and correspondence have been displayed in public. The letters and accompanying materials offer a unique view of an influential First Ladyís literary tastes and opinions and a touching story of a friendship stretching through a tumultuous period of American history.

This exhibition was generously supported in part by Theodore and Constance Rogers Roosevelt, Helen D. Roosevelt, and Mary Kongsgaard and Richard Williams. 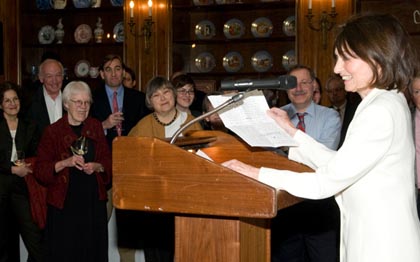 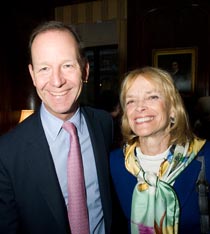 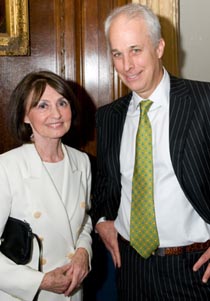 Sylvia Jukes Morris with Chairman of the Board Charles G. Berry (photo by Karen Smul)