Home > Our Events > From the Western Front and Beyond: The Writings of World War One 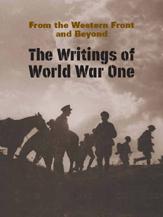 From the Western Front and Beyond: The Writings of World War One 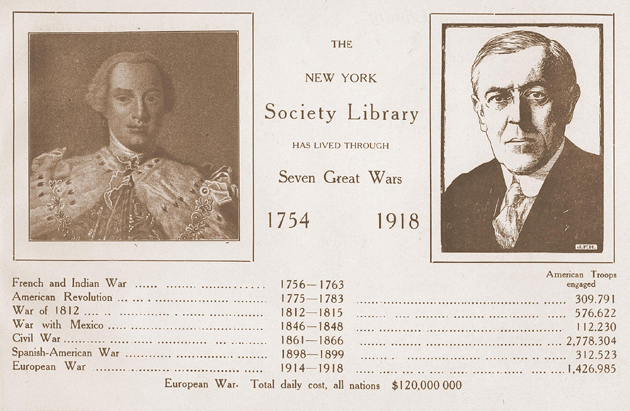 The New York Society Library is proud to present From the Western Front and Beyond: The Writings of World War One. It marks the one hundredth anniversary of the first major war of the twentieth century, a war that left millions dead and ravaged the landscape of the Western and Eastern Fronts. Here at the Library, our collection evokes this unforgettable legacy in the writings and literature that came from the trenches and bloodstained battlefields.

In 1914 when the guns of August shattered an uneasy peace, the war seemed at a comfortable distance from American shores, but Head Librarian Frank Bigelow saw the importance of books on the war meant to end all wars. The diverse volumes that Bigelow purchased in the years before, during and immediately following the Great War have laid the groundwork for our deep and varied collection, which has been enhanced since with later generations' perspectives.

This new and unique exhibition will include books from our special collections and open stacks, such as early editions of the legendary poets Rupert Brooke, Wilfred Owen, Robert Graves, and Siegfried Sassoon, and lesser-known accounts by Allied and German soldiers, ambulance drivers, stretcher bearers, nurses, priests, reporters, and artists. Also on display will be drawings by Muirhead Bone, an English artist who captured scenes of the towns and battlefields of France.

A softcover catalog accompanies the exhibition. It features contributions from authors Caroline Alexander (The War That Killed Achilles) and Adam Kirsch (Why Trilling Matters) about the war itself and its major writers.

A hundred years on, time has not dulled the urgency of these voices. We hope that From the Western Front and Beyond will remind us all of the literature that endured once the guns went silent.

This exhibition was supported in part by the Bodman Foundation and Furthermore: A Program of the J.M. Kaplan Fund.