Home > About Us > Original Exhibition: The New York World of Willa Cather 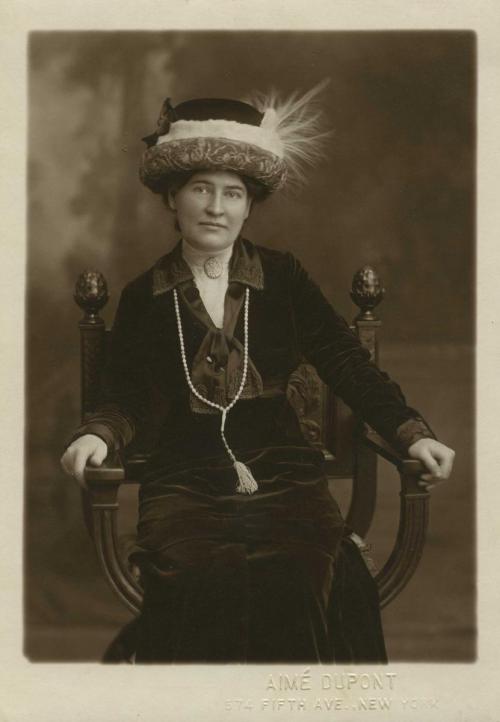 FROM: THE NEW YORK SOCIETY LIBRARY

AN EXHIBITION SHOWCASING the Pulitzer Prize-winning author Willa Cather and her relationship to the New York Society Library and to New York City, where she lived for nearly forty years.

WHAT: THE NEW YORK WORLD OF WILLA CATHER

OPEN FREE TO LIBRARY MEMBERS AND THE GENERAL PUBLIC, The New York World of Willa Cather spotlights for the first time ever the American writer Willa Cather’s life in New York City and to the New York Society Library, where she and her partner Edith Lewis were long-time members.

FROM THE GREAT PLAINS TO NEW YORK CITY: One of the most beloved writers of the twentieth century, Cather was best known for her legendary novels about the Great Plains. But from 1906 until her death in 1947, Cather considered New York City her home base. The city was also a powerful creative source, inspiring some of her greatest fiction, and the New York Society Library, where Cather researched many of her novels, was an essential part of her working life. Far from the Great Plains of her childhood, New York City, as one critic, writes, was where Willa Cather became a great American writer.

ON DISPLAY IN THE PELUSO FAMILY EXHIBITION: First editions of novels inspired by New York City, The Song of the Lark and My Mortal Enemy; critical and biographical studies of the Pulitzer Prize-winning author, and charging cards listing books checked out by Cather and Lewis during their twenty-year membership. Also on display are books Cather consulted at the Library while writing her last novel, Sapphira and the Slave Girl.

THE EXHIBITION INCLUDES PORTRAITS OF CATHER BY EDWARD STEICHEN AND NICKOLAS MURAY, as well as photographs of the New York Society Library at University Place and its current location at 53 East 79th Street, a twenty-minute walk from 570 Park Avenue, Cather and Lewis’ last home. The exhibition catalog contains an essay by Cather scholar Andrew Jewell charting Cather’s New York world from Washington Square and the publishing firm of Alfred A. Knopf to the Metropolitan Opera House, the old Waldorf-Astoria, and Central Park, where in the last decades of her life Cather walked around the reservoir with the young violinist Yehudi Menuhin and his sisters.

THE NEW YORK WORLD OF WILLA CATHER is a groundbreaking exhibition—an eye-opener for book lovers that reveals the important role New York City and the New York Society Library played in the life of a great American writer. This exhibition is supported by Ada Peluso and Romano I. Peluso.

The New York Society Library is New York City’s oldest cultural institution. Founded in 1754, the Library is open to all for reading, reference, and many events. Circulation and other services are available to members. Our landmark building houses over 300,000 volumes, reading rooms, study spaces, a children’s library, and an exhibition gallery. The Library is a not-for-profit organization supported in part by tax-deductible contributions. nysoclib.org