Home > Our Collection > Books on Film

In the fall of 2016, we were thrilled to have Library member and esteemed film critic Molly Haskell recommend some of her favorite books on film for our website. In this installment of book recommendations, we asked Library staff (and one Library member) to do the same.

The Library has several hundred books on film available on stack 12, in call number range 791.4. The collection includes history and criticism, interviews with actors and directors from around the world, essays, profiles of the film industry, and much more. Take the time to browse this collection—you are certain to find something of interest. Additionally, members can find hundreds of biographies and memoirs of directors, producers, and actors on stack 7, arranged alphabetically by subject. Collections of screenplays can be found on stack 9—most in the 822.9 call number range, but be sure to search our online catalog by author to see if we have what you are looking for.

Further reading: In 2015, a few staff members wrote about our favorite Hollywood-based fiction and you can find those recommendations here.

Pictures at a Revolution: Five Movies and the Birth of the New Hollywood | Mark Harris 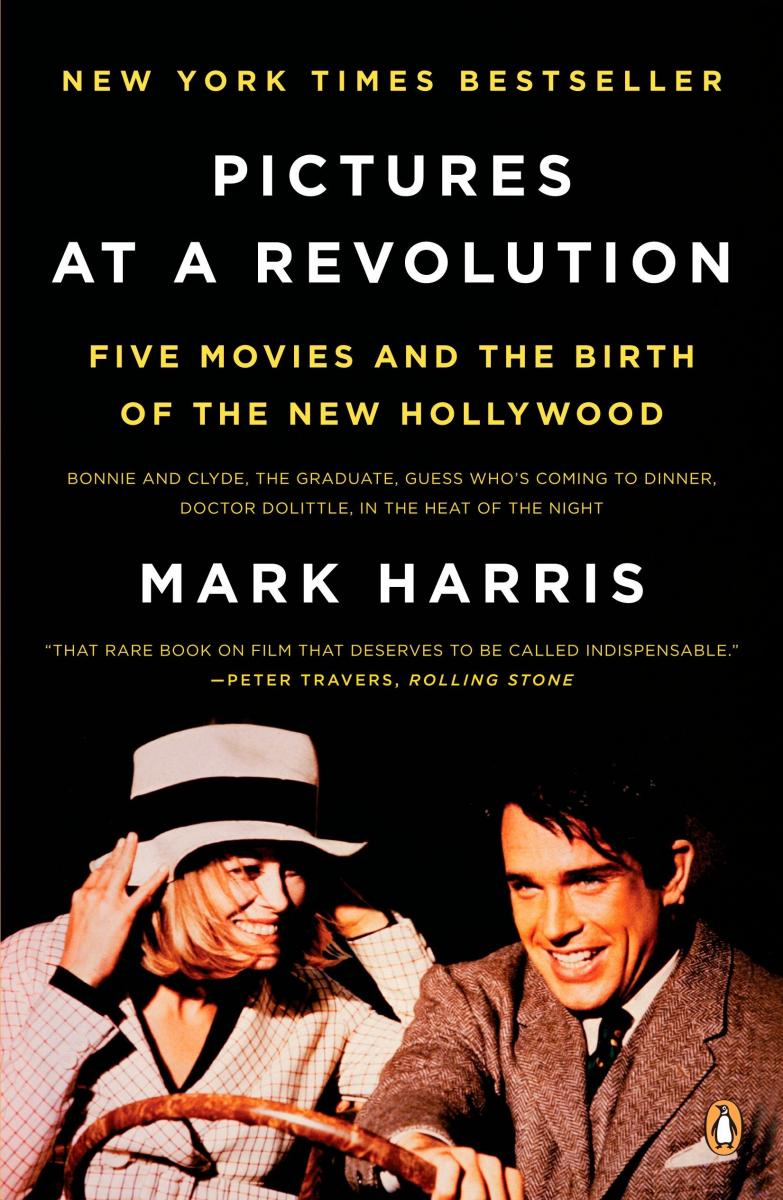 With the five pictures nominated for Academy Award for Best Picture in 1967 as his main characters, Harris weaves a tale of the changes that came to the movie industry and the country in the 1960s that continue to define the decade. We learn about Sidney Poitier, fresh off winning an Oscar the year before and starring in two of the movies nominated—Guess Who’s Coming to Dinner and In the Heat of the Night—who can’t walk through the front door of the hotels on the press junket because he’s black.  We learn about young film makers Warren Beatty and Mike Nichols, taking inspiration from the French new wave in their nominated films, The Graduate and Bonnie and Clyde, and speaking directly to the baby boomers coming of age who are still a couple of years from Woodstock. And finally, we have the last gasp of the big Hollywood movie musical, with the doomed-from-the-start Doctor Doolittle and the drunken hijinks of Rex Harrison. And so, so much more. Get your popcorn ready. —Patrick Rayner, Acquisitions Assistant/Circulation Assistant

I came late to the works of David Lynch because I wasn’t sure what to make of his mix of oddball humor, sincerity, and stylized horror. His (mostly) bizarre films vary in subject and can be hard to parse, which intrigues some and alienates or aggravates others. If you’re one of those who are intrigued, or even if you just enjoy reading about how artists work, I recommend Lynch on Lynch.  This book of interviews devotes a chapter to each of his films and includes conversations about this multidisciplinary artist’s paintings, musical collaborations (the sections discussing his work with Angelo Badalamenti on the Twin Peaks score is particularly fun), and photography.

For more interviews with film producers and directors in our collection, check out these fifty-plus titles. —Mia D'Avanza, Head of Circulation 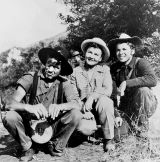 This chronicle of the making of John Huston’s The Red Badge of Courage (1951) was first serialized in the New Yorker in 1952 and subsequently published as a book. Ross’s goal was “to follow the history of that particular movie from beginning to end, in order to learn whatever I might learn about the American motion-picture industry.” Employing an innovative usage of re-created dialogue, quoted letters and memos, and novelistic characterization unusual in journalism at the time, Ross created a fascinating portrait of the uneasy relationship between filmmaking and big business, high-minded ambitions and the bottom line. When advance screenings of Huston’s film don’t go as hoped, studio executives grow more cynical and readers bear witness as cautious optimism and spirited intentions to create quality art are shoved aside to make way for frustration, desperate studio meddling, and, ultimately, dreary anti-climax as a compromised final product is released in theatres. As many readers have commented, one may forget that they are not reading a novel so forceful and compelling is Ross’s narrative.

As a sort-of-sequel to Picture, I recommend Peter Biskind’s Easy Riders, Raging Bulls, a gossipy but fact-filled chronicle of how a group of young filmmakers—Peter Fonda, Martin Scorcese, Robert Altman, Francis Ford Coppola, Peter Bogdanovich, Bob Rafelson, etc.—emerged in the late 1960s-early 1970s while the studio system was in flux and created some of the finest art post-war America has produced (and behaved pretty badly along the way).  —Steven McGuirl, Head of Acquisitions

At the beginning of The Devil Finds Work, a slim book that’s part-memoir, part-film criticism, a seven-year-old James Baldwin goes to the movies and is astonished by Joan Crawford on screen. Her beauty reminds him of a woman from his neighborhood… but she’s white. Then he sees Bette Davis looming large and he becomes fascinated because her eyes remind him of his own. Thus begins Baldwin's interest in film, eventually leading to this perceptive collection of  criticism. This is a book that only James Baldwin coud have written, where classics like The Exorcist, Guess Who’s Coming to Dinner?, Lady Sings the Blues, The Birth of a Nation, and more, are viewed through a lens that brings race and political context into focus.  —Katie Fricas, Events Assistant/Circulation Assistant 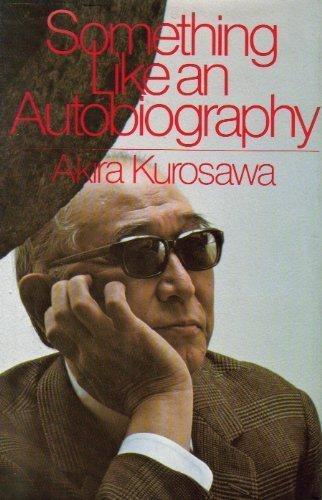 Francis Ford Coppola’s wife narrates the jaw-dropping chaos of the making of Apocalypse Now in diary form. Her honesty about the breakdown in her marriage during the film’s production is particularly brave and touching.

Kurosawa’s writing style is deceptively simple. It’s as if he’s speaking to you. More than half the book covers his youth, before he became a director. He indirectly tells how, during those formative years, he began to gain the wisdom that radiates in his films.

Pictures At A Revolution: Five Movies And The Birth Of The New Hollywood | Mark Harris

A great story woven out of the making of the five films that were nominated for the best picture Oscar in 1967. The cultural shift that was hitting America and the world in the late 1960s is reflected in the backstory of how those movies were made, and Harris vividly recreates all the drama that went on in their creation. —Win Clevenger, Library member

Conquest of the Useless | Werner Herzog

Hezog’s diary is an eminently necessary companion to watching both his classic film Fitzcarraldo, as well the Les Blank documentary Burden of Dreams, about the making of the movie. The diary is filled with highly entertaining, droll observations that underscore the absurd coincidences between the fictional movie script, and Herzog’s very real challenges in the Amazon jungle bringing

it to the screen. —Carolyn Waters, Head Librarian

Neither of Montgomery Clift’s peers, Dean or Brando, could hold a flame to the sad, stormy dénouement—called “the slowest suicide in show business”—of his life. It was cut short at 45, but also in half by the 1956 automobile accident that left the right side of his impossibly beautiful face paralyzed. Patricia Bosworth’s compassionate and riveting Montgomery Clift: a Biography benefits from her respect and understanding of acting as craft, as well as intimate access to Clift’s inner circle, all profoundly affected by his fragility and conviction. Revelations of his isolated, almost Wharton-esque childhood—reared by a secretive mother, an unacknowledged illegitimate of aristocratic birth intent on her children achieving their “thoroughbred” potential—collide with the image of Elizabeth Taylor climbing into Clift’s wrecked automobile to remove the dislodged teeth from his sputtering throat. A high watermark for the entertainment biography.

Bonus picks: David Stenn’s Bombshell: The Life and Death of Jean Harlow and Clara Bow: Runnin' Wild offer beautiful and moving tributes to two singular screen presences, defining them as they truly were and not as either the carefree sensual facades or the wild gossip would have you believe. —Brynn White,  Bibliographic Assistant/Digital Projects Assistant,  Emerita

Me and Earl and the Dying Girl | Jesse Andrews

Quirky Greg is stumbling his way through high school under the radar making knowingly bad alternative reshoots of cult films with his one and only friend Earl. Greg’s mom forces him out of his shell and into a tenuous rekindled friendship with a former Hebrew school pal, Rachel, who is battling leukemia. As the story progresses, there are expectedly some sad moments, but also a heap of laugh-out-loud ones. This book was Jesse Andrews’s impressive debut novel and he held onto the reins, penning the screenplay for the film that followed. Believe it or not, they are both equally great. Check one or both out today.* —Susan Vincent,Molinaro Children's and Young Adult Librarian

*You won't find the movie at NYSL, but we do have the e-audio version if you want to experience the book read by a full cast!

The Boy of a Thousand Faces | Brian Selznick 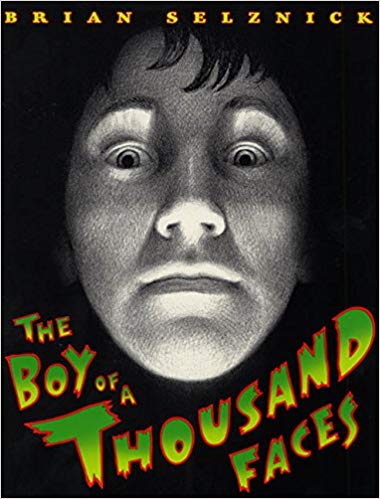 Life is difficult for Alonzo King, a boy born on Halloween with a distinct love for monsters. No one in his hometown seems to have any interest in monsters at all, that is until The Beast comes to town. Alonzo uses his distinct friendships and encyclopedic knowledge of horror films in order to unmask The Beast and become the Boy of a Thousand Faces. Featuring Selznick's always excellent illustrations, this book will appeal to those who have ever felt alone in their monster movie love.

For further reading on cinematic frights that go bump in the night take a look at member author Robert Quackenbush’s Movie Monsters and Their Masters: the Birth of the Horror Film; including Quackenbush’s distinctly styled illustrations highlighting classic monsters from silent films up though Hitchcock’s The Birds.  —Morgan Boyle, Assistant Children's & Young Adult Librarian

Did you know that many of the technologies and techniques adopted by Hollywood were worked out by inventors, tinkerers, lanternists, and magicians long before the first black-and-white film was ever screened? Dip into Paul Clee’s Before Hollywood to learn the how the camera obscura of the 1500s and the 17th century’s giant magic lanterns spurred the development of cinematography and the filmmaking industry. Filled with diagrams, drawings, photographs, first-hand accounts, and newspaper reports, this true tale will open your eyes to early entertainment and how the movies were born. —Randi Levy, Head of the Children’s Library