Home > Our Collection > Gayle Feldman on Books About the Book Business

Gayle Feldman on Books About the Book Business

Our latest book recommendations article features guest contributor Gayle Feldman. Ms. Feldman has been associated with Publishers Weekly and The Bookseller (its British equivalent) for many years. She has also written about the book business for the New York Times, the Nation, and others. She has published a cancer memoir, You Don't Have to Be Your Mother (W.W. Norton, 1994); an academic study of bestsellers and prizewinners, Best and Worst of Times: the Changing Business of Trade Books in conjunction with an NAJP fellowship at the Columbia Journalism School (2003); and is finishing a biography of Bennett Cerf for Random House, for which she received a National Endowment for the Humanities Public Scholar grant. She has been a member of The New York Society Library since 1995. 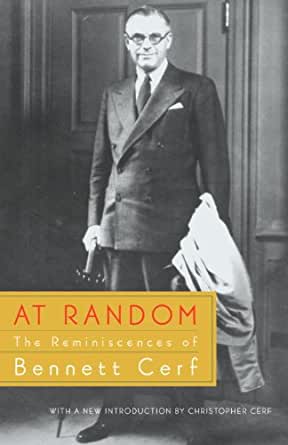 To most mid-twentieth-century Americans, Bennett Cerf – a man of exceptional energy, charm, drive, and uncanny instincts about books - was publishing. He’d co-founded Random House in 1927 and published authors like Gertrude Stein, William Faulkner, Truman Capote, Ayn Rand, and Dr. Seuss, to name a few. By the end of WWII, he’d also become a columnist, lecturer, bestselling anthologist, and celebrated raconteur. He knew everybody in Hollywood, Broadway, politics, and early TV, and it was there – as a panelist on What’s My Line? – that he became so universally known. He sold Random in 1966, and after his death, an oral history he’d dictated was turned into this book. Many stories – there are great ones about Capote, Moss Hart, et al – are, shall we say, “highly embellished.” He cared about connecting with an audience, not facts or reflection (the domain of the biographer – did I mention I’m writing one about Cerf?). Those working at Random or published there described it as a “magic” place (admittedly, a boys’ club where girls didn’t quite get their due). Always a business, it was also a fairy tale: for twenty years housed in a brownstone palace (literally), it was the apotheosis of the personal, editorially-centric, fun, glamorous publishing house people liked to imagine, a vanished era. As they used to say on What’s My Line?, "Enter and sign in, please." 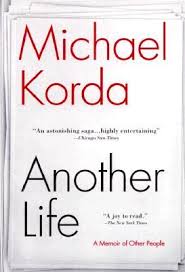 Michael Korda, in almost four decades as editor-in-chief of Simon & Schuster (he retired in 2005), counted Larry McMurtry, Mary Higgins Clark, and David McCullough among his authors, as well as Ronald Reagan, Henry Kissinger, and others known more for their names than their prose. Born in 1933 to an English mother and Hungarian Jewish father who with his brothers ran a famous London movie studio, Korda decided in 1958 - after Oxford and the RAF – to skip the family firm in favor of “another life.” He got it by hopping the pond to New York and S&S. Sharing Cerf’s ability to charm and churn out books bearing his own byline, Korda’s two best are memoirs, and this one is chronologically rooted in the post-founder corporate era that began to dominate the book business in the late 1960s. Gossipy, anecdotal, and entertaining like Cerf – you won’t quickly forget Korda’s portraits of novelist Jacqueline Susann and super-agent “Swifty” Lazar – he’s also more fluid, novelistic, and sophisticated. But Korda’s stories, too, require a good dose of salt. He gives his onetime boss, the autocratic Dick Snyder, too much slack, playing Nick Carraway to Snyder’s Gatsby, though admitting that Snyder’s “nice guys finish last” credo made sure S&S wasn’t high “on the list of places that were fun to work at.” Still, it was never dull…

The Time of Their Lives: The Golden Age of Great American Book Publishers, their Editors and Authors | Al Silverman (St. Martin’s, 2008) 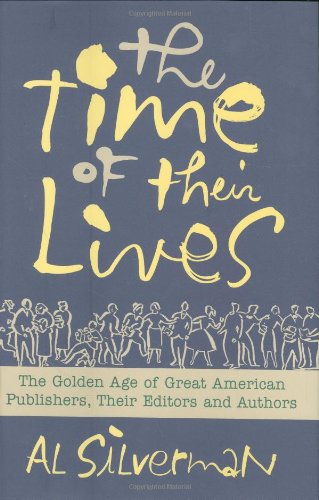 If you prefer a broad sweep rather than the lens of one particular life, you couldn’t want a more genial companion than Al Silverman as guide. Silverman’s first career was as a well-respected sportswriter before he moved over, in 1972, to helm the Book-of-the-Month Club, and later landed at Viking Press as editor and publisher. Characterizing the era that began just after World War II and stretched to 1980 as “the golden age," he coaxed stories from more than a hundred of its denizens whom he managed to interview (many, alas, have, like Silverman himself, now passed on), and spliced them together with snippets from memoirs like At Random and other research to form a chronological narrative. The result is an affectionate, amusing, at times poignant large group portrait taking in many different publishers and editors; the founding of new postwar houses like Grove Press and Farrar, Straus and Giroux; the paperback revolution; and how houses like Random, S&S, Viking, Knopf, Doubleday, etc. grew or were folded into others. Want to know how Barney Rosset came to be Samuel Beckett’s publisher, or who turned down the chance to publish Catcher in the Rye? You’ll find out here. 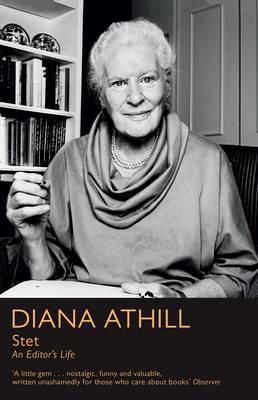 “The story of one old ex-editor who imagines that she will feel a little less dead if a few people read it,” Stet is an astringent contrast to the three previous titles: it’s less than 200 pages; a woman’s memoir; and unmistakably, elegantly, wryly written by a Brit. A rather formidable eighty-three-year-old of impeccable accent when I interviewed her at the time this book was published, Athill tells an editor’s, rather than a publisher’s, story: she spent nearly a half-century as one of the two key people at the distinguished London house Andre Deutsch, founded by the eponymous Hungarian émigré in 1952 (for a second, they were lovers). There she edited Jean Rhys, V.S. Naipaul, Margaret Atwood, and John Updike, among others, as well as a number of Irish writers better known across the Atlantic than here. Athill casts an unflinching eye on both publishing and life, one more sympathetic to her sex (“all publishing was run by many badly paid women and a few much better paid men”). Deutsch was absorbed around the time this book was written into another company, which in turn was bought by yet another, now trying to “revive” the list. Athill died last year, aged 101, but Stet (“let it stand” as used by any editor who’s wielded the blue pencil) remains, and will take you inside a bracing mind, and to another time and place. 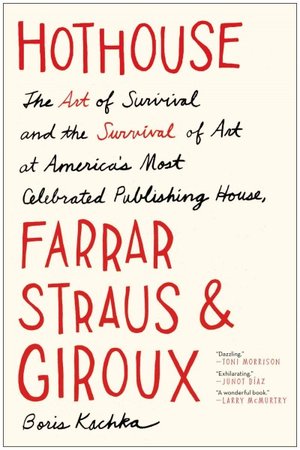 Since there are many other books about the book business worthy of a look that I cannot possibly mention in full paragraphs, I shall cheat, and list a few more here. All are available at the NYSL! Robert Gottlieb, who was Michael Korda’s predecessor as S&S chief editor, former president/publisher of Knopf, and editor of the New Yorker, published a memoir full of stories, Avid Reader (FSG) in 2016. Boris Kachka’s Hothouse (S&S, 2013) tackles life as was lived at Farrar, Straus & Giroux. Kachka was the books correspondent at New York magazine, before jumping ship to the Los Angeles Times earlier this year. Jason Epstein, the legendary former Random House editor, provided some reflections on publishing and its discontents and a possible future, in Book Business (W.W. Norton, 2002). However, if you want to go really far back, as well as forward (through the 1970s, that is), try dipping into the four thick volumes of John Tebbel’s A History of Book Publishing in the United States (Bowker, 1972-1981), or pick up Alice Payne Hackett’s 80 Years of Bestsellers 1895-1975 (Bowker, 1977) to see what sells but doesn’t last – and what does.

To find many more related books in the Library's collection, check the subject heading Publishers and publishing in our online catalog. It is subdivided 114 different ways, mostly geographically. The subject Publishers and publishing -- United States -- Biography leads one to 87 biographies and memoirs in our collection. If you prefer to browse, go to stack 11 and check the call numbers 070.5 and 655.4 - 655.5. Biographies and memoirs are arranged alphabetically by subject on stack 7.