Home > Our Collection > A Holiday in the Stacks by Stephanie Merchant

A Holiday in the Stacks by Stephanie Merchant

It’s that time of year again. The tree at Rockefeller Center is lit, the line for Santa at Macy’s is around the corner, and the Park Avenue Mall is lined with trees. Everywhere in the city the lights 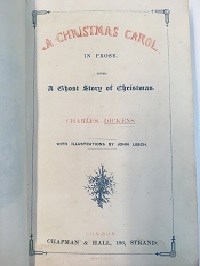 sparkle, and trying to cross the street on Fifth Avenue is now a competition in elbow jousting. With the holiday season in full swing, it is a good time to take a look at the hidden gems and holiday favorites that pepper the collection but can go ignored the rest of the year. Did you know we have a whole call number dedicated to holiday nonfiction on stack 3? It’s 394.26 and well worth a perusal this time of year. —Stephanie Merchant, Circulation Assistant

Christmas, as we’ve come to celebrate it, began during the Victorian period, and many have contended that some of the credit (or blame) goes to none other than Charles Dickens himself. The Man Who Invented Christmas by Les Standiford explores the rise in popularity of Christmas in relation to the overwhelming popularity of A Christmas Carol, published in 1843.

For a dose of early-20th-century Christmas history, our collection offers The Story of Santa Klaus by William S. Walsh (1909), which traces the history of Santa Klaus, alias St. Nicholas. As the 20th century progressed, the mass production of consumer products begun during the Industrial Revolution combined with the more universal availability of electricity, the rise of advertising, and an increase in disposable income to make celebrating Christmas more modern, as well as more more accessible to the masses. Dennison Manufacturing Company released editions of their Dennison’s Christmas Book in the early 1920s, and they are filled with suggestions for decorations, food, and party games. They also include a handy price guide for all the items one would need to purchase to facilitate the merriest of Christmases. These books are a fascinating primary source look at Christmas past and a somewhat comforting reminder that folks have been lamenting the commercialization of the holidays for a long, long time.

Books covering the postwar era on stack 3 offer a warm and nostalgic plethora of Christmas memories—even for those too young to have experienced them firsthand. Midcentury Christmas by 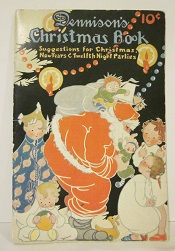 Sarah Archer collects descriptions and pictures of Christmas kitsch and memorabilia from 1945 to 1970 with the loving nostalgic glow of any faded Christmas memory. A great relic from this time period in the stacks is Christmas with Ed Sullivan. It is a collection of holiday memories and various holiday favorites as told to Mr. Sullivan by famous friends, such as Clark Gable, David Niven, Jackie Robinson, Perry Como, Danny Kaye, and Gwen Verdon, to name a few. Each delivers a great Hanukkah or Christmas memory indicative of their time and place. Punctuating these letters are classic poems and short stories of the holiday season. Those who are musically inclined may be interested in A Treasury of Christmas Songs and Carols, which collects popular holiday favorites and the illustrations of midcentury artist Rafaello Busoni.

A couple of recent books surveying the big picture of Christmas history include Christmas: A Biography (2017) by popular historian Judith Flanders, and Christmas: A Candid History (2012) by Bruce David Forbes. For more focused history, we also have Inventing the Christmas Tree (2012) by Bernd Brunner. And we have a comprehensive history of how the United States has celebrated Hanukkah, in Dianne Ashton's Hanukkah in America: A History (2013).

A Christmas Carol may be the literary go-to for the holiday season, but it isn’t the only classic holiday tale on the shelves. Fans of the movies The Bishop’s Wife and Miracle on 34th Street may delight in reading the novels they were based on. Truman Capote and Dylan Thomas offered classic holiday memories of their own youth in A Child’s Christmas in Wales and A Christmas Memory, One Christmas, and the Thanksgiving Visitor. This Year It Will Be Different is a collection of holiday tales by beloved author Maeve Binchy. For a more sobering story, William Wharton’s literary classic A Midnight Clear paints a picture of Christmas during World War II. [For a truly timeless, beautiful Christmas read, also check out Rock Crystal by Adalbert Stifter. –ed.]

Christmas story collections are in no short supply on stacks 5 and 6. A Christmas Treasury is an anthology of stories loved throughout the years, including classic writers such as 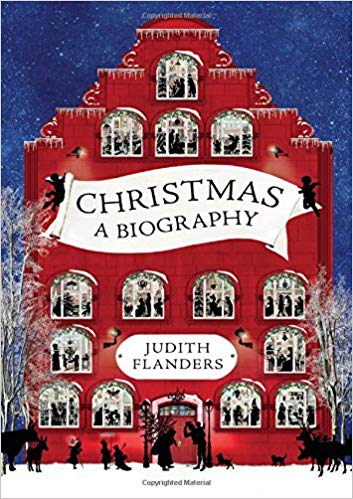 For a look into the lesser-known literary past, A Christmas Greeting by novelist Marie Corelli was published by in 1902, and Christmas Stories from French and Spanish Writers (1892) preserves stories that have perhaps otherwise fallen from collective holiday memory. To see more Christmas fiction, but by no means all that we have available, check this link to our online catalog.

Regardless of what you enjoy reading at the holiday time, we hope everyone has a lovely, safe, and fun holiday season.