November 18th - 27th was the Library's second annual Stacks Week. Once again, we invited all members to pull a favorite book found while browsing in the stacks, display it on a table we set up in the lobby, and recommend it to fellow members. Blank slips—known as “shelf-talkers” in the retail trade—were left on hand so that members could provide a few lines describing the exceptional qualities of the book they chose to display.

If you weren’t in the building during this time, or missed the display in your haste to get to the stacks or the reading and writing rooms, here is a rundown of what members and staff recommended. (Quotes from the shelf-talkers are included when available.)

As you enter the LIbrary, always keep an eye out for the rotating series of books featured on the table by the main staircase in the lobby. For more book recommendations from the Library staff and occasional guest contributors, keep your eyes on this space.

News from Tartary: a Journey From Peking to Kashmir | Peter Fleming 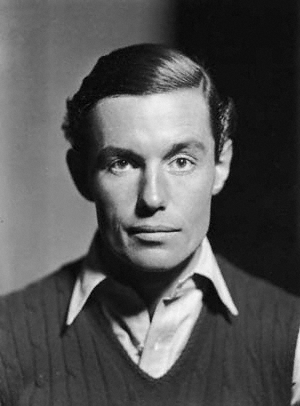 This title was recommended by a member via the one-question survey in our November newsletter. News From Tartary chronicles an eventful 3,500 mile foot-and-pony journey by Peter Fleming (1907-1971) from Peking, China, to Kashmir, India, in 1935. Fleming, brother of Ian Fleming of James Bond fame, was long associated withThe Spectator  (as columnist and assistant literary editor) and traveled widely as special correspondent for The Times, where News From Tartary was originally published as fourteen long articles. Vita Sackville-West once wrote that "one reads Fleming for literary delight and for the pleasure of meeting an Elizabethan spirit allied to a modern mind." Want to know more? This brand new biography of Fleming just arrived at the Library from the UK.

Also recommended via our newsletter:

"A Late Beginner by Priscilla Napier is a memoir of childhood in Cairo before and during WWI. It is a beautiful evocation of the author's family history and earliest years, and has become an enduring favorite, a book I turn to again and again in those dry places between finding the next appealing read." 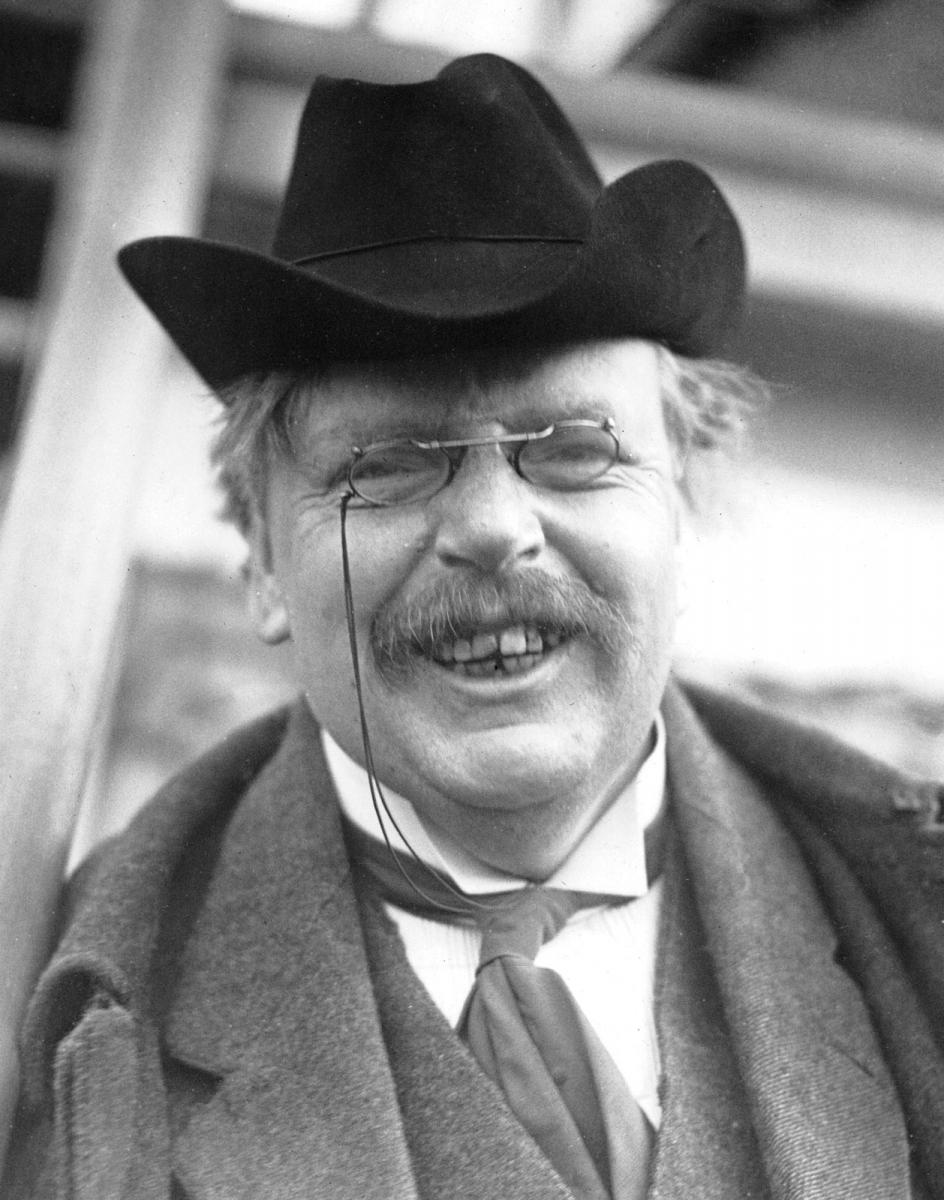 "One of the true masters of the English language celebrates the spirit, the big soul, and the downright unexpected wackiness of a saint you think you already know."

"I came across Don Carpenter one day in stack 5 and his name rang a bell (it turns out he wrote the screenplay for a film I like). The title and the jacket design (which has since gone missing from our copy) caught my eye, so I investigated. The book has built a cult following over the years and won Carpenter (1931-1995) the enthusiastic admiration of several better-known writers. Hard Rain Falling (1966) is a fine piece of post-Beat crime fiction vividly evoking lives and places in the American margins. A few years later, it was republished by New York Review Books with an introduction by George Pelecanos."

Somehow, in the midst of pubishing forty-seven novels, five volumes of collected short stories, an autobiography, a few biographies, a translation of Caesar's Commentaries, four collections of 'Sketches,' and enough essays and reviews to fill three or four more volumes, Anthony Trollope published five travel books. Australia is based on his journeys there in 1871 and 1872. The works of Anthony Trollope are perenially popular at the NYSL, so this lesser-known work was a welcome, fitting addition to the table. Another member recommended Trollope's Barchester Novels (The Warden, Barchester Towers, Doctor Thorne, Framley Parsonage, The Small House at Allington, and The Last Chronicle of Barset). 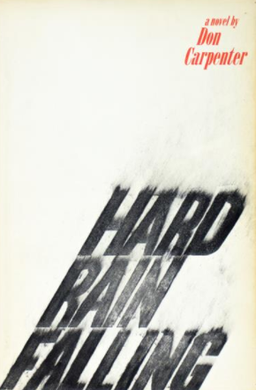 "Book 2 of the Poldark series. Closest to Jane Austen that I have ever read. I couldn't put it down."

This beautiful exhibition catalog was published to accompany a 2006-2007 traveling exhibition, the first complete retrospective of the career of Ruth Asawa (1926-2013). Asawa's decades-long long career began at Black Mountain College in the 1940s, where she studied with Josef Albers and Buckminster Fuller. She is known for her extensive body of "wire sculptures that challenge conventional notions of material and form" and numerous large public sculptures in San Francisco.

I am Madame X: A Novel | Gioia Diliberto

"Full confession: I haven't read this yet! However, I had Sargent on my mind and am a sucker for rich period details and books around art history. A notorious female protagonist doesn't hurt either. Thank you stack 5!

Here's one for our young readers... 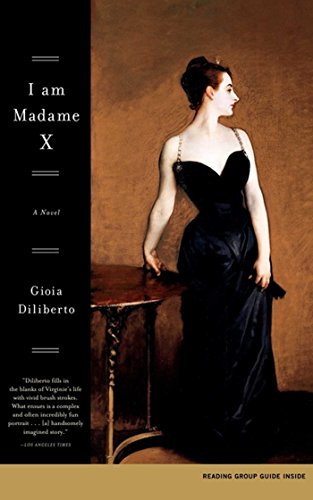 "This is a quirky gem that celebrates the spring awakening. Perfect for fans of Elsa Beskow!"

The Summer Social Registers from the early 20th Century

No context or explanation was provided for this anonymous entry via the newsletter survey—such as how the books were found, or how they were useful—but it provides a good example of the ways in which the age of our collection and our open stacks combine to offer unique research potential via browsing discoveries. The Library has indeed been collecting various issues of The Social Register for well over 100 years and retains a long run of them on stack 1—not offsite (or even in our closed stacks). As a side note, the cataloging record for the summer issues of the Social Register also provides one of the descriptive gems in our catalog: “Includes ‘Dilatory domiciles’…Contains the summer addresses of residents of New York, Philadelphia, Chicago, Boston and Baltimore…including a list of yachts and their owners….” Dilatory domiciles?

How to Survive the H-bomb, and Why | Pat Frank

"The 'why' in the title of this 1962 book commands immediate attention. Its answer is a mix of appeal to duty (to humanity, not country) and an assertion that our enemies do not want to attack prepared, driven people."

The Brown Book of the Hitler Terror and the Burning of the Reichstag | prepared by the World Committee for the Victims of German Fascism; introduction by Lord Marley

Published in 1933, The Brown Book sold millions of copies and was translated into several languages. According to Arthur Koestler, it was “the first comprehensive report on the concentration camps…the persecution of Jews [and others], the repression of literature, and other aspects of the terror.” The Brown Book also asserted the case that the Nazis, not members of the Communist party as initially charged, had set fire to the Reichstag. The World Committee for the Victims of German Fascism was a group of exiled German Communists led by Willi Münzenberg. 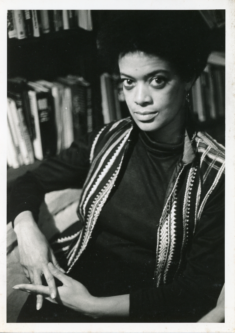 "Winner of the American Book Award in 1981, The Salt Eaters is as relevant and moving as ever. Toni Cade Bambara dives into the intimacies of social movements that so often go unexamined. Focusing on Velma, a young Black woman dedicated to the liberation of her people, Bambara is able to show how community support can help keep us mentally afloat. I highly recommend this novel to anyone looking to create new ways of imagining freedom."

"As the blurb on the back says: 'perfect for anyone looking to add international tastes to their table.'"

And to wrap up Stacks Week 2019 in grand style....The strangest book to land on the table was surely NBC and You, published in 1944 and donated to the Library in 1949.

"Want to work at NBC radio in 1944? Here's your policy guide! You get salt tablets on hot days, no maternity leave, but dinner if you are working late."